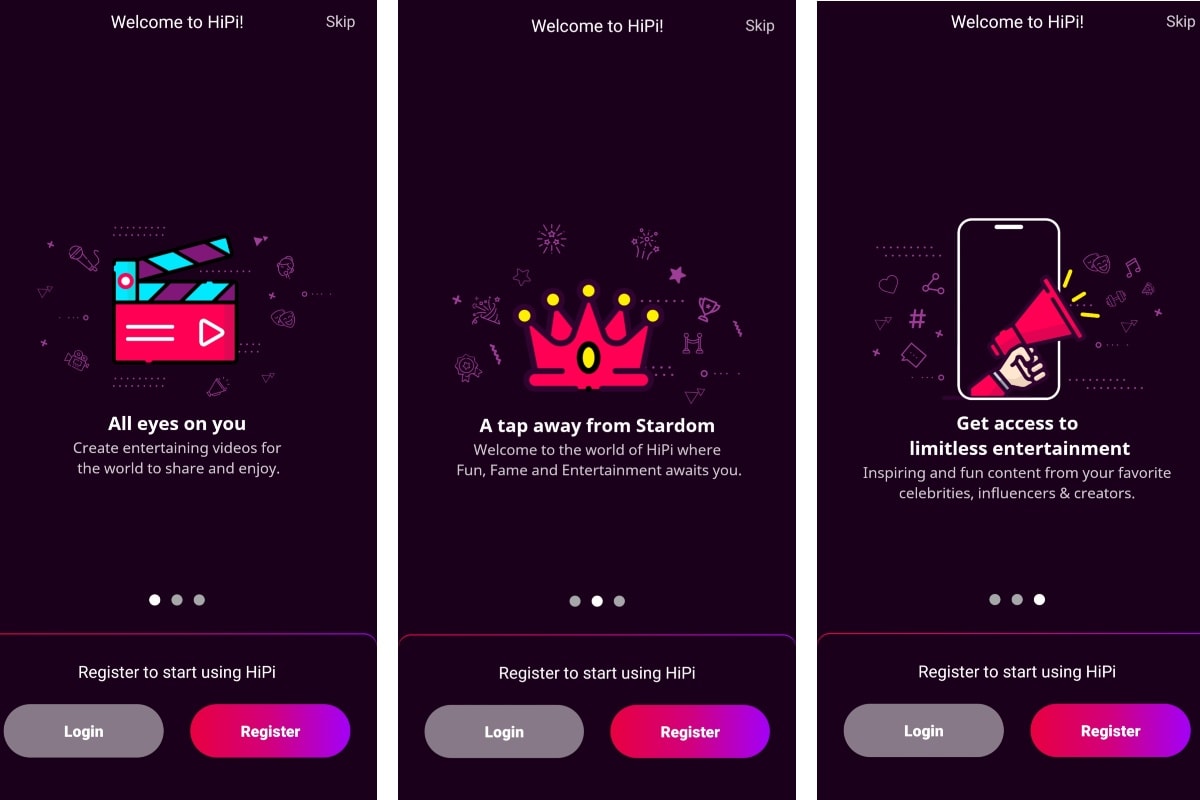 59 Chinese apps were banned in India on Monday, in which the most talked about app is TikTok. With the ban of Tiktok, opportunities have increased for developers in the Indian market, everyone is offering their own short video app alternative to Tiktok. After the success of Mitron and Chingari apps, now Zee5 is also preparing for the same in this race. Yes, Zee5 has announced that it will soon launch a short video platform in India, which will be named HiPi. The company says that this new platform has been built under ‘Atmanirbhar Bharat’, which will provide an Indian platform to Indian content creators.

This new HiPi platform of Zee5 will be launched before July 15, access to which will be provided by Zee5 App.

Not much information has been shared related to this new app. However, the screenshot shared shows that registration will be required to use the new platform, after which users will be able to view and share videos. From this, it can be guessed that this new platform of ZEE5 will be slightly different from the Chinese platform, in the Chinese app, Tiktok users did not require registration and sign-in in any way to watch uploaded videos. The video could be seen on Tiktok even without creating an account.

HiPi’s entry is taking place at an interesting time, when the Government of India has allowed 59 Chinese apps, including Tiktok, to be launched in India. ban have make. In such a situation, for those who were looking for an alternative to Tiktok, then hype can be a new option. However, HiPi is not the only platform that can make up for the lack of TikTok in India, there are many apps before this platform that are proving to be quite successful as an alternative to Tiktok. Like Bolo Indya, Chingari, Mitron, and Roposo App.

Zee Entertainment Enterprises’ ZEE5 already has a video demand of 1.25 lakh hours with over 100 live TV channels. This app was till now competing with apps like OTT platforms like Amazon Prime Video, Netflix, and SonyLIV, but now it is going to allow users to make their own short videos by entering the short video platform. The competition will be from platforms like Facebook, Instagram and YouTube.

Recently, Zee5 has launched Zee5 free for Jio Fiber, Airtel, and Vodafone Idea customers. Access had provided. Apart from this, ZEE5 Kids recently provided more than 4,000 free content for kids on its platform, which supports 9 languages.