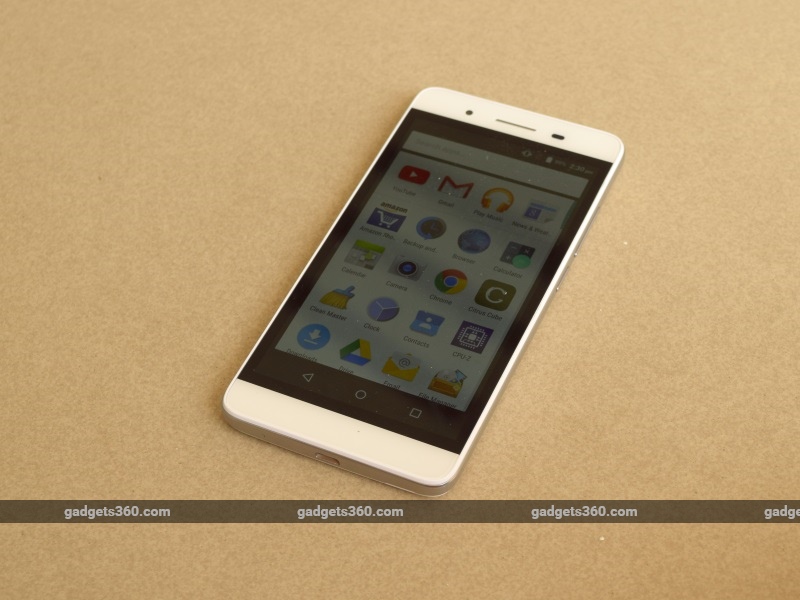 Lava has his jolo The brand was launched for the premium smartphone category while Lava itself focused on the budget smartphone market. Xolo with Intel processor in India Xolo X900 Launched and recently launched its different products like Xolo Black ,review) and Xolo Chromebook (reviewDue to this, the company also remained in the headlines. In these products of Xolo, customers get better quality at the right price.

But now the surprising thing is that Xolo is entering the budget segment by introducing Xolo Era 4K smartphone at a price of Rs 6,499. Thanks to the 4000 mAh battery, this smartphone promises good battery life and reliable performance. Xolo Era 4K Know why buy this budget phone in the review of the smartphone.

look and design
While buying a budget segment smartphone, we can’t put too many expectations on its build quality. Like most other budget smartphones, the Xolo Era 4K also uses plastic in its body. The size and shape of the phone is convenient, but we did not find it very easy to hold in the hand due to its smooth texture and curve on the edges.

The look of the phone is simple to see. Xolo Era 4K smartphone is available in White and Blue color variants. Although our white color review unit looked decent, we feel that the blue variant will look better in style and design. The edges of the phone are silver with a dull finish. The power and volume buttons are on the right side while the 3.5mm audio socket is on the top and the micro-USB port is on the bottom.

The front part of the Era 4K smartphone is plain and it comes with 67.1 screen-to-body ratio. On the top are the front camera, earpiece and proximity sensor. The phone has a 5-inch HD IPS LCD display with Corning Gorilla Glass 3. In terms of brightness, color and sharpness, the phone’s display is fine. Although it does not give you a very exciting experience, but the display can be said to be okay according to the price.

The rear panel of the phone is completely plain with Xolo logo, speaker grille, rear camera and flash. The micro-SIM and microSD slot can be seen by removing the plastic rear panel. The good thing is that the phone has three different slots so that you can increase the phone’s expandable storage up to 32 GB. Both the SIM slots support 4G connectivity but only one SIM can use the 4G network at a time.

Specifications and software
Xolo Era 4K smartphone is powered by MediaTek MT6735 processor with four CPU cores clocked at 1GHz. This chipset can be seen in most budget devices and is known for good entry-level performance. The phone has 2 GB RAM. Out of 8 GB internal storage, only 4 GB is available for the user.

Running on Android 5.1 Lollipop, this smartphone comes with the standard Google Now Launcher. It will surely attract the user as it is very easy to use with the stock launcher offering from Google. Although some minor changes have been made in the phone’s settings and menu, but it remains the same as the stock version of Android Lollipop.

The Settings menu is normal. A new tab named ‘Smart Features’ has been included in the phone, through which features like Air Shuffle and Smart Wake can be used. The rest of the phone’s interface is also simple. The phone has many pre-installed apps like Amazon, Citrus Cube, Game Lafayette Game Hub, Clean Masters Hike, Hotstar, Office Suite, OLX, Opera Mili, Paytm among others.

The good thing is that all the apps can be uninstalled, which will free up a lot of storage on the phone. Wallpapers, widgets and launcher settings are easily accessible. The phone has a working mode called ‘Super Power’ which can increase the battery capacity of the phone. Overall, the phone has been made keeping in mind the first time smartphone users and the experienced smartphone user.

camera
Xolo Era 4K sports an 8-megapixel primary camera with LED flash and a 5-megapixel front camera. The rear camera can record 720p video while the front can record 480p video, with modes like Multi-angle View, Live Photo, Motion Track and Panorama. The phone also has a QR scanner with HDR mode.

The camera app is a bit daunting to look at but is easy to use. Video can be recorded on touch at once with all functions. The self-timer, resolution setting, and more can be accessed through manual controls in the Settings menu. A special feature – the audio can be muted while recording a video by disabling the microphone. On the main screen you can change the flash, camera switch, and mode. According to the price, you have a lot of options to do in the phone’s camera.

The phone works fine on 3G and 4G networks but we did find some issues with our device during Wi-Fi connection. The call quality of the phone is good though the speaker is a bit weak and soft but it is okay for the price. The sound quality is also better than the earphones. In our video loop test, the phone’s battery lasted for 12 hours 55 minutes. Such a good battery life has not been seen before in a phone of this price. On the other hand, on normal use, the phone lasts a whole day without charging. The 10-watt charger that comes with the phone charges the battery quickly.

our decision
The name of Xolo Era 4K is definitely a bit shocking because its screen is not 4K. Don’t know why the company has associated 4 or K with Xolo Ira. But for customers looking to buy a budget smartphone, Xolo Era 4K priced at Rs 6,499 is a good option. The phone has dual SIM support, 4G support, expandable storage and Android near-Switch version. The performance is also good for the price. And apart from all this, the phone of this price has the best battery.

The phone also has some drawbacks like camera quality, Wi-Fi stability and 8 GB internal storage. But if you want a budget phone for simple use then Xolo Era 4K is a user-friendly smartphone that you can buy.