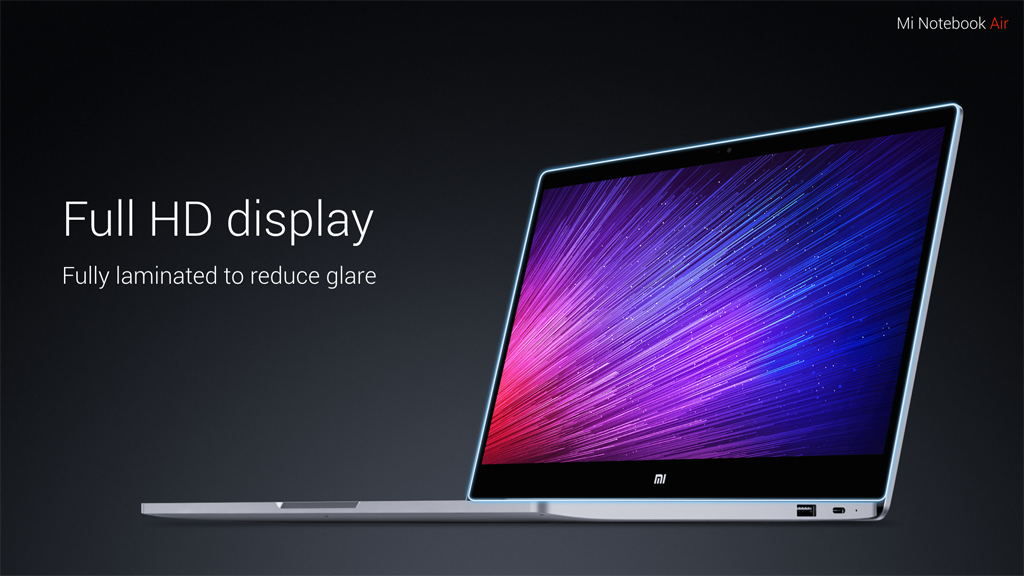 Mi Notebook Air has been launched in 13.3 inch and 12.5 inch Full HD display. Edge-to-edge glass protection has been given in this laptop. Made of full metal body, this laptop has a full size keyboard with backlit buttons. The dimensions of Xiaomi Mi Notebook Air are 309.6×210.9×14.8mm and weighing 1.28kg.

The 13.3-inch Mi Notebook Air is powered by 6th Gen Intel Core i5 processor, 1GB GDDR5 VRAM and a 256GB PCIe SSD. Apart from this, an expandable SSD slot is also provided. Regarding the battery of Mi Notebook Air, the company claims that the battery given in the laptop gets 50 percent charged in 30 minutes. According to the company, the battery will last for 9.5 hours. AKG custom graded dual speakers have been given in this laptop. This laptop supports Dolby Digital sound.

The 12.5-inch display variant of the Mi Notebook Air weighs 1.07 kg and has a claimed battery life of 11.5 hours. This laptop is 12.9 mm thin. This variant has Intel Core M3 processor and 4 GB RAM. There is 128 GB SSD. The laptop also has a second SSD slot.

Running on Microsoft Windows 10 operating system, Mi Notebook Air can be synced with Mi Cloud. And it can be unlocked with Mi Band. For the game, Xiaomi has given Nvidia GeForce 940MX graphics card in this laptop. This laptop has USB Type-C charging and two USB slots.