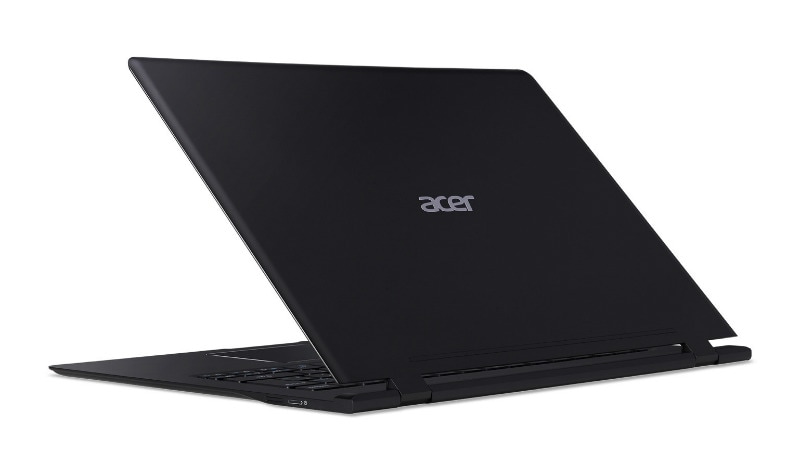 Acer launched a slew of new notebooks and gaming laptops at CES 2018. The Taiwanese company has launched the new Acer Swift 7, which is touted as the world’s thinnest laptop. The new Acer Swift 7 will be made available in the US in March. The price of Acer Swift 7 is $ 1,699 (about Rs 1,07,500).

There is a lot of interest among the people about the new Acer Swift 7. The upgraded Swift 7 laptop comes with a thickness of 8.98mm. This laptop has a 14-inch full HD touchscreen panel. There is Corning Gorilla Glass NBT protection for protection. Let’s say that Swift 7 was first It was launched with a thickness of 9.98 mm. The 7th Generation Intel Core i7 processor has been given in the Windows 10 based notebook. It has 8 GB RAM LPDDR3 RAM. The laptop has 256 GB PCIe SSD storage. Apart from this, the laptop supports built-in Nano SIM slot and eSIM functionality via LTE.

Made of unibody aluminum, the Acer Swift 7 features a backlit keyboard. The laptop has a Gorilla Glass NBT protection touchpad. This notebook has a fingerprint sensor B. Apart from this, it also supports face detection through Windows Hello. Apart from this, the company claims that the battery of the laptop will last up to 10 hours on a single charge.