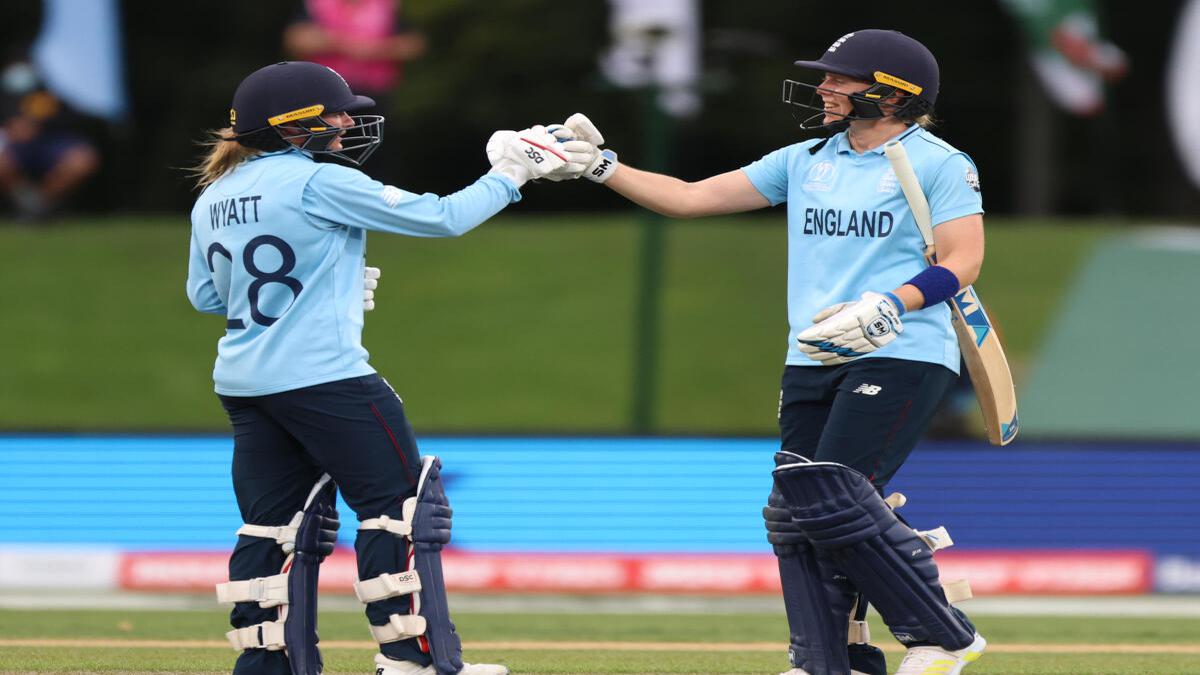 A dominant England dished out a fine all-round performance to crush Pakistan by nine wickets and keep itself in the reckoning for a place in the semifinals of the ICC Women’s World Cup on Thursday.

Bowling first, England bundled out Pakistan for a paltry 105 in 41.3 overs, and then, chased down the target with as many as 184 balls to spare.


When its turn to bat came, opener Danni Wyatt top-scored with an unbeaten, aggressive 68-ball 76 while captain Heather Knight remained not out on 24 in 36 deliveries.

With the massive win, England has not just moved to six points on the table but also havsa better net run rate than India and is placed at the fourth place.

Needing to win the game at all costs, Brunt gave England the best and Pakistan the worst possible start by removing Nahida Khan in the very first ball of the match.

Brunt bowled it full around middle and off and as the ball moved away, it took a thick edge off Nahida’s bat to the first slip.

Pakistan was none for one, and it soon became 11 for two when skipper Bismah Maroof was run out while going for a needless second run.

Pakistan found itself in dire straits thanks to another horrible run out, this time the victim being Omaima Sohail off a Tammy Beaumont direct hit in the 14th over with the score reading 33 for three.


It became 53 for four when Brunt had Nida Dar trapped in front of the wicket with a ball that pitched on middle and leg before hitting her low on the front pad. The batter opted for a review but it did went in her favour, as the English rejoiced.

Pakistan could add just five more runs before the set Sidra Ameen (32), the innings’ top-scorer, played a fast Brunt delivery on to the stumps while looking to guide it to the third man region.

The whether got a bit gloomy in Christchurch as England began its reply, but that did not come in way of its chase as its sealed the game in its favour in only 19.2 overs.