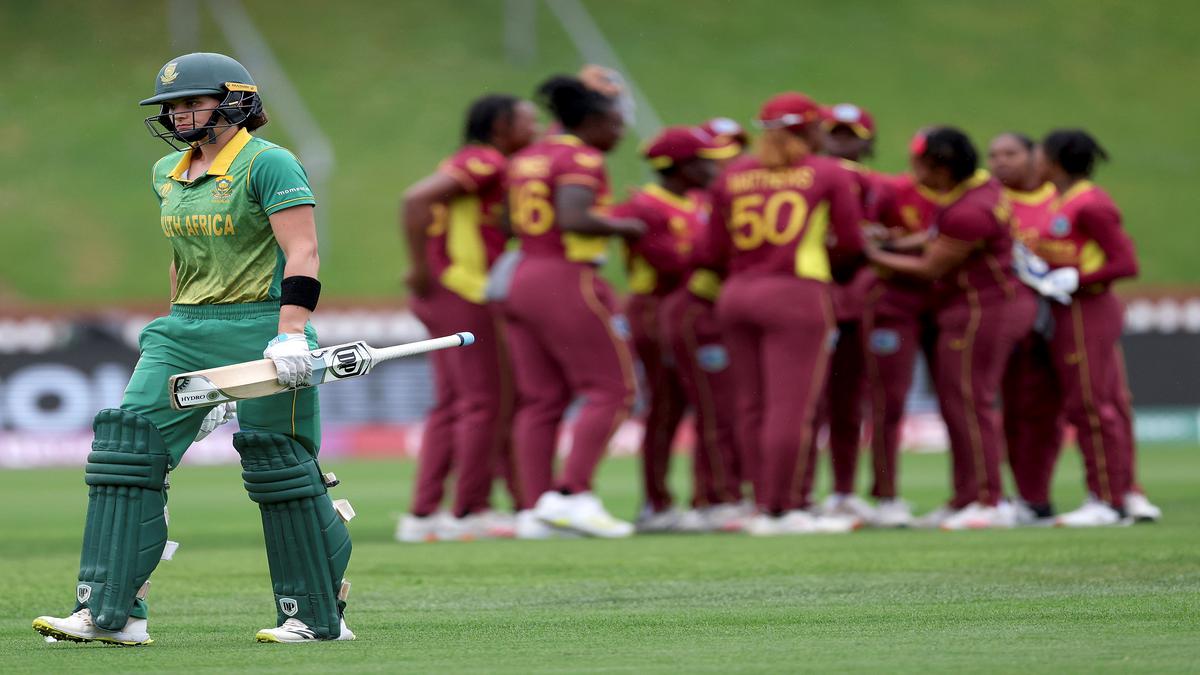 South Africa locked in a semifinal place and West Indies kept its hopes alive at Women’s World Cup when they shared competition points on Thursday from a match abandoned because of rain.

The West Indies will regret the abandonment far more than England, which beat Pakistan in another group-stage match and picked up two points.

Heavy overnight rain and showers during the morning delayed the start of play at Wellington’s Basin Reserve but a match of 26-overs per side finally began at 3:15 p.m. under brooding skies.

The West Indies won the toss, bowled and South Africa slipped to 22-4 before a partnership between Mignon du Preez (38) and Marizanne Kapp (5) righted the innings.

The advantage was still with the West Indies when the rain returned and ground staff covered the pitch and surrounds. The umpires quickly decided that even if the rain stopped for the rest of the day, it would not be possible to complete the match.


The single point South Africa took from the match was enough to clinch its place in the semifinals with nine from six games. It also now is likely to avoid a semifinal clash with unbeaten Australia, the six-time champion.

“Everybody’s extremely excited and happy to be in the semis,” South Africa captain Sune Luus said. “It wasn’t the best of starts but we still have to take the positives out of today — the way Mignon batted was one. She has been shy of runs in the competition and she needed that for her confidence.”

Luus said the South Africans “would be pretty pumped to be getting into that final.”

“It has been a dream for us for so long but we still need to get through the semifinals, needing to play England or India,” she said. “It will be a tough game regardless.”

The West Indies currently is in third place behind Australia and South Africa, having completed its seven matches in the group stage with seven points. Its semifinal hopes depended on the outcome of Sunday’s match between South Africa and fourth-place India.

West Indies captain Stafanie Taylor said her squad likely would “have some popcorn and hope that South Africa do beat India.”

“It’s something we can’t control but do hope it goes our way,” Taylor said. “If we go to the semis, you just have to go out and play … you have to step up. It comes down to how badly you want it.”

Medium pacer Chinelle Henry was in top form Thursday, dismissing Laura Wolvaardt in the second over of the innings to end the South Africa batter’s run of high scores. She also removed Luus and Tazmin Brits to return figures of 3-19.