Why is the call coming to you? The new feature of Truecaller will tell the reason 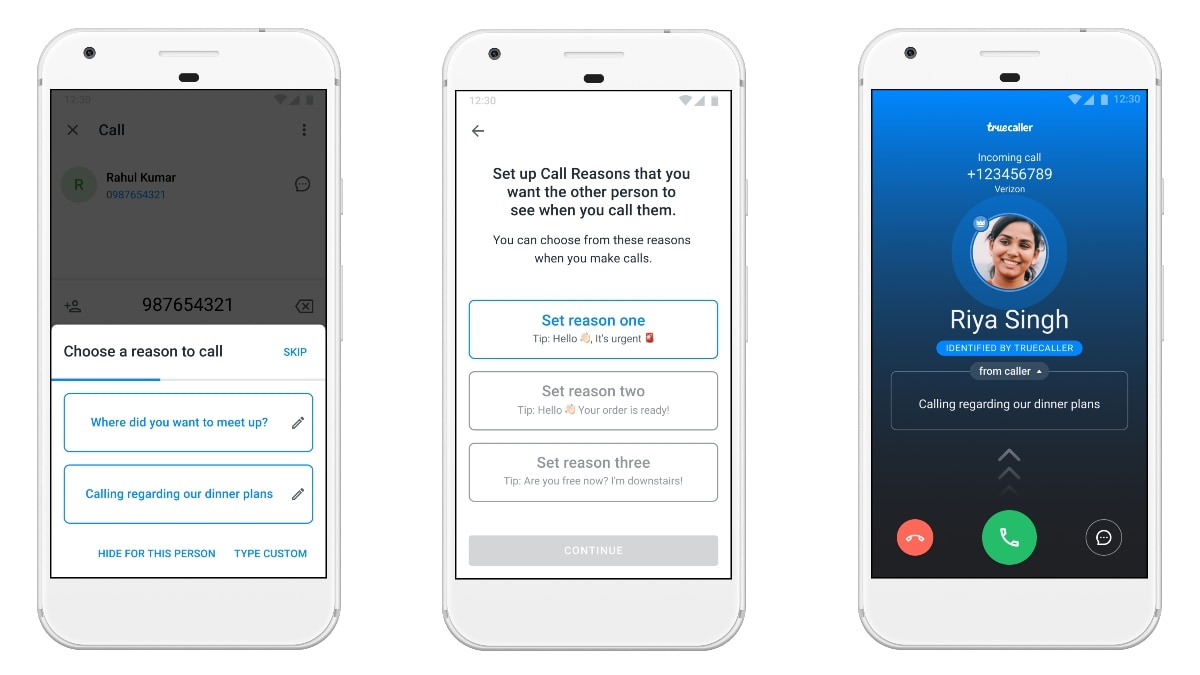 Truecaller used to only give you information about who is calling you, but now through the new feature of Truecaller, you will also be able to know why someone is calling. Yes, the company has updated its caller ID function, which was the hallmark of this app. After this update, a new feature has been added to the app called Call Reason. As the name suggests, this new feature will inform the user about the reason for calling. With this feature, it will be easy for the user to decide whether they want to pick up the call or not. Truecaller has also upgraded its messaging experience with this, now you will also get SMS schedule and SMS translate feature here. These new features have been rolled out for Android users globally.

Giving information about this feature, the company said that it is the much awaited feature of the year 2020 worldwide. This is an extension of the Caller ID feature, which comes with your call with a note that will be visible to the recipient of the call before they pick up the call. This note will inform the user for what purpose the call is being made to them. At the same time, if users miss the call, they will still see this note in Truecaller along with the missed call.

Apart from the regular caller, this call reason feature of Truecaller will be very useful for business callers, they can set the reason for the call via customized text before the call. The company believes that this process will help in connecting businesses with their customers.

Let us tell you, the call reason feature of Truecaller is currently released for Android users, although this feature will be introduced for iOS users early next year.

Apart from the call reason feature, Truecaller has also upgraded its messaging experience. After this upgrade, users will be able to schedule SMS facility. The company has introduced a dedicated schedule button for this, which is located with emoji and attachment shortcuts. With the help of this feature, users can schedule their messages on a specified time and date.

Along with SMS message schedule, Truecaller has also introduced a new SMS translate feature for the users. This feature uses Google’s machine learning-focused ML Kit to translate foreign language messages. The company claims that this translation process happens locally in the phone. The feature supports 59 languages, including eight Indian languages.