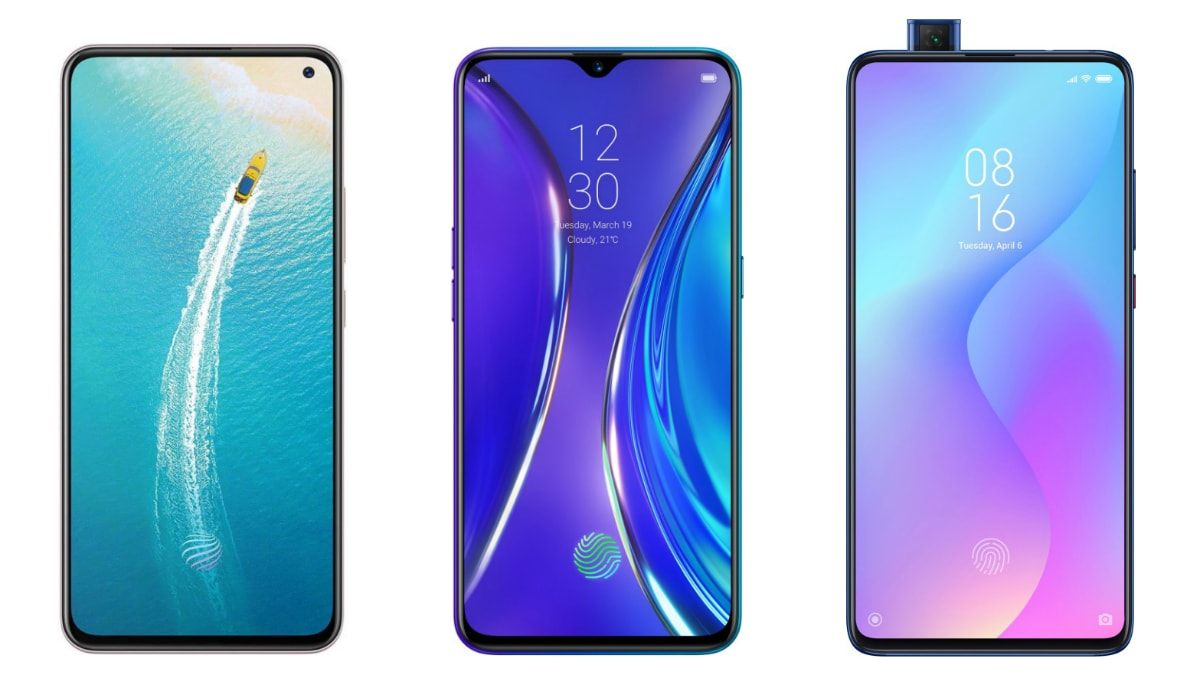 Vivo V17 was launched in India on Monday. The new Vivo smartphone has been brought for young smartphone users. It has a gradient back finish with a hole-punch design. Vivo has given four rear cameras in its latest phone. The setup is in the shape of an L. Talking about other features, Vivo V17 smartphone comes with Qualcomm Snapdragon 675 processor, 8 GB RAM and 32-megapixel selfie camera. In the market, Vivo V17 will compete with smartphones like Realme XT and Redmi K20.

We have compared Vivo V17 on the basis of price, specifications and features for your convenience. Realme XT And Redmi K20 is from. So that you can be sure before buying Vivo V17 that how much profit and how much loss is there for you.

Vivo V17 to India sold for Rs 22,990 Will go There is only one variant of the phone which is equipped with 8 GB RAM + 128 GB storage. The smartphone comes in Midnight Ocean (Black) and Glacier Ice (White) colours. The sale of the phone will start from December 17, but pre-booking has been made live. The smartphone will be available in leading online and offline retail stores across the country.

Dual-SIM (Nano) Vivo V17 runs on Funtouch OS 9.2 based on Android 9 Pie. It has a 6.44-inch full-HD + (1080×2400 pixels) E3 Super AMOLED iView display. Aspect ratio is 20:9. The display panel is equipped with low brightness anti-flicker technology to provide additional protection in the dark. The phone has 8 GB RAM with Octa-core Qualcomm Snapdragon 675 processor.
Vivo V17 is a smartphone with four rear cameras. It has a 48-megapixel primary camera on the back. Its aperture is F / 1.8. The rear camera setup has an 8-megapixel secondary camera. Along with this, there is a 2-megapixel camera for bokeh effect and a 2-megapixel macro lens has also been given. This phone of Vivo also has a 32-megapixel selfie camera with F / 2.45 aperture.

Realme XT will have a 6.4-inch Super AMOLED screen with a waterdrop notch. The front and back panels of the phone are protected with Gorilla Glass 5. The phone also has an in-display fingerprint sensor for security. Realme’s latest handset with four rear cameras is equipped with the octa-core Qualcomm Snapdragon 712 processor. Based on RAM and storage, there will be three variants of Reality XT – 4 GB + 64 GB, 6 GB + 64 GB and 8 GB + 128 GB.

Now let’s talk about camera setup. Reality XT will come with four rear cameras. It has a 64-megapixel primary sensor, with F / 1.8 aperture. Along with this, there will be an 8-megapixel wide angle camera with f / 2.25 aperture, a 2-megapixel macro camera and a 2-megapixel portrait camera. The aperture of both the 2-megapixel cameras will be F / 2.4. The phone has a 16-megapixel camera for selfie, which has got a place in the waterdrop notch.

The phone will run on ColorOS 6 based on Android 9 Pie. There will be a 4,000mAh battery that will support 20W VOOC 3.0 fast charging. Realme XT comes with USB Type-C port. There is a 3.5mm headphone jack and loudspeaker at the bottom. The dimensions of the smartphone are 158.7×75.16×8.55mm and weighing 183 grams. Connectivity features of the smartphone include Dual 4G VoLTE, Wi-Fi 802.11 ac, Bluetooth 5, GPS + GLONASS.

There is up to 128 GB of storage to save photos, videos and other things. Now let’s talk about camera setup. This phone of Redmi brand has three rear cameras, 48 ​​megapixel primary camera which is equipped with Sony IMX582 sensor and its aperture is F / 1.75. There is a secondary camera of 13 megapixels, with a wide-angle lens and the third sensor is of 8 megapixels. A 20-megapixel pop-up selfie camera has been given for selfie and video calling.