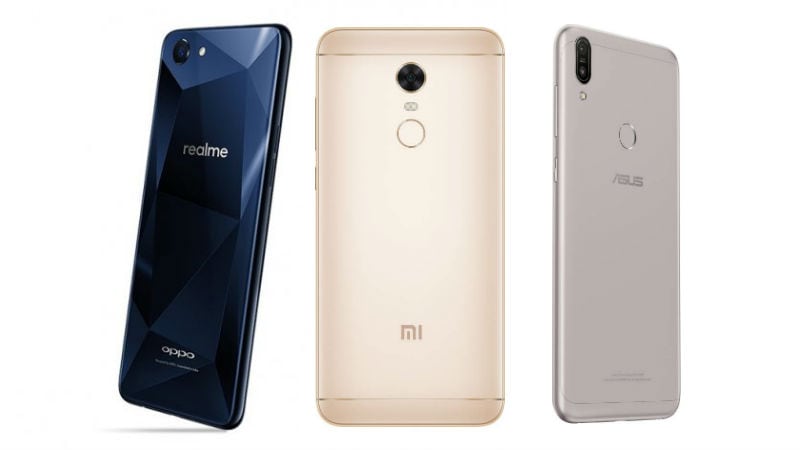 Realme 1 handset was launched in India on Tuesday. This is the first handset of the Chinese smartphone maker Oppo’s sub-brand Realme. With new brands and new handsets, the company is eyeing the budget smartphone segment. Which is occupied by Xiaomi in a way and in this the company’s popular handset Xiaomi Redmi Note 5 has an important contribution. In Realme 1, the company has given a glossy diamond cut design like the recently launched Oppo F7 and Oppo A3 by Oppo. However, you will not get a display notch like the iPhone X in Reality 1. The handset has a 6-inch display, MediaTek Helio P60 processor and dual core AI chipset.

in this price realme 1 It will compete directly with Xiaomi Redmi Note 5. Recently launched new affordable handsets by Asus ZenFone Max Pro M1 There will be an even stronger challenge. It is believed that due to the strong specification and MIUI feature Redmi Note 5 is being liked a lot. On the other hand, the Asus Zenfone Max Pro M1 packs a slew of attractive features such as dual camera setup, slim bezel display, bigger battery, metal body and stock Android experience.

In such a situation, for your convenience, we have compared Reality 1 with Redmi Note 5 and Asus Zenfone Max Pro M1.

A benefit of Rs 4,850 will be given with Jio. Also, Realme 1 can be bought with no interest EMI. SBI customers will get 5 percent cashback. Along with this, free cases and screen protectors will also be given to the customer.

On the other hand, the 3 GB RAM and 32 GB storage variant of Redmi Note 5 costs Rs 9,999. Whereas to buy 4 GB and 64 GB variants, you will have to spend Rs 11,999. The phone comes in Black, Gold, Lake Blue and Rose Gold variants. Currently, this handset is available on Flipkart and Mi.com.

The price of ZenFone Max Pro M1 starts at Rs 10,999. At this price, 3 GB RAM and 32 GB storage variants will be available. 12,999 will cost for 4 GB RAM and 64 GB storage variants. Users will be able to buy this phone in midnight black and gray colors. It can be bought from Flipkart. The company has informed that 6 GB RAM variants of the handset will be made available in the future. Its price will be Rs 14,999.

Realme 1 smartphone runs on ColorOS 5.0 based on Android 8.1 Oreo. It has a 6-inch Full HD+ display. Screen to body ratio is 84.75%. Works in Realme 1 Octa-core MediaTek Helio P60 processor, which has the highest clock speed of 2 GHz. The handset comes in 3 GB, 4 GB and 6 GB RAM variant options. Dual core AI specific chip has also been given in the handset.

Realme 1 has a 13-megapixel rear camera, which comes with LED flash. The front camera is of 8 megapixels. The camera will be helped by the AI ​​Beauty 2.0 feature, which is claimed to give a better user experience. The smartphone has face unlock, fingerprint sensor is not given. In storage option, Realme 1 has come in 32 GB, 64 GB and 128 GB variants. It is possible to expand the storage with the help of microSD card. In terms of connectivity, Realme 1 supports Dual 4G VoLTE. Realme 1 has 3410 mAh battery. The total weight of the smartphone is 158 grams.

On the other hand, the dual SIM Xiaomi Redmi Note 5 runs on MIUI 9 based on Android Nougat. It has a 5.99-inch full-HD + (1080×2160 pixels) display. The screen is of 18: 9 aspect ratio. The Octa-core Snapdragon 625 processor has been used in the phone, which has the highest clock speed of 2 GHz. Adreno 506 GPU is integrated for graphics. You will have the option to choose one in 3 GB or 4 GB RAM. The fingerprint sensor has got a place on the rear panel. ,read review,

Xiaomi Redmi Note 5 has a 12-megapixel rear camera, which has an aperture F / 2.2. It is equipped with phase detection auto focus and LED flash module. A 5 megapixel sensor has been given on the front panel. It comes with LED selfie-light module and Beautify 3.0 beautification technology. We have already told you that there are two storage variants of Xiaomi Redmi Note 5 – 32 GB and 64 GB.

Asus ZenFone Max Pro M1 flaunts a 5.99-inch full-HD+ (1080×2160 pixels) full-view IPS display. Like the current trend, this handset is equipped with a screen with 18: 9 aspect ratio. This dual SIM smartphone with metal body comes with 2.5D curved glass panel. The octa-core Qualcomm Snapdragon 636 processor has been used in the handset and Adreno 509 GPU is integrated for graphics.

There are two variants of ZenFone Max Pro M1. One variant comes with 3 GB RAM and 32 GB storage. At the same time, the powerful variant has 64 GB storage with 4 GB RAM. It is possible to use a microSD card of up to 2 TB in both the variants if needed. It comes with the latest Android 8.1 Oreo.

Asus ZenFone Max Pro M1 has two cameras on the rear. The primary camera on the back is 13 megapixels. It is equipped with F2.2 aperture and phase detection auto focus. The second sensor is of 5 megapixels. This is a depth sensor that will help in achieving the bokeh effect. For selfie lovers, an 8-megapixel sensor with F / 2.0 aperture has been given. Another important feature of the handset is the battery. 5000 mAh battery will work to bring life to the phone. With this a 10 W charger has been given.

This Asus phone comes with face unlock and fingerprint sensor for security. Micro-USB 2.0, 3.5mm headphone jack, GPS, Wi-Fi Direct and Wi-Fi 802.11 a/b/g/n connectivity features are part of this handset. The dimensions of the smartphone are 159x76x8.61 millimeters and weighing 180 grams.