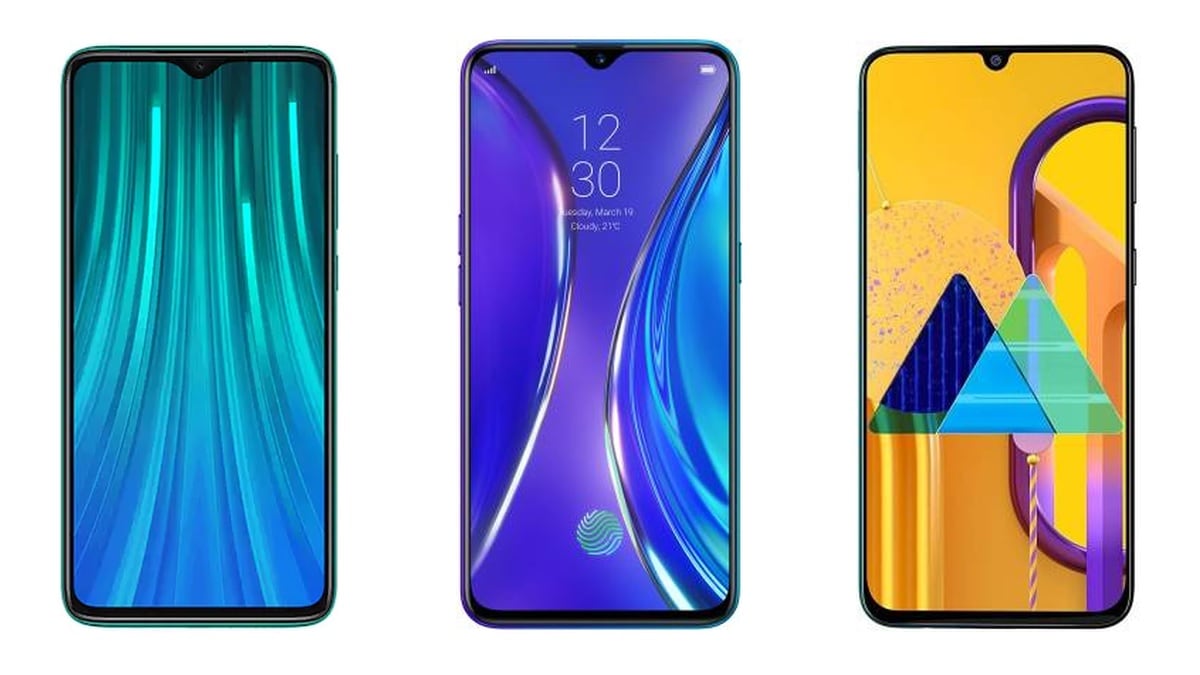 Samsung Galaxy A30s the beginning of cost 13,999 is Rs. 4 GB RAM and 64 GB storage variants will be sold at this price. The price of 6 GB RAM and 128 GB storage variant of the handset is Rs 16,999. The phone will be available in Opal Black, Pearl White and Sapphire Blue colors.

First thing was the display. All three phones Redmi Note 8 Pro, Realme XT and Samsung Galaxy M30S support dual-SIM (Nano) and run on Android 9 Pie. Redmi Note 8 Pro has MIUI 10, Realme XT has ColorOS 6 and Samsung Galaxy M30s has OneUI. Talking about the display, Redmi Note 8 Pro sports a 6.53-inch full-HD+ (1080×2340 pixels) display with 19.5:9 aspect ratio. Both the Realme XT and Samsung Galaxy M30s handsets will feature a 6.4-inch Super AMOLED screen with a waterdrop notch.
Now let’s talk about processor, RAM and storage. MediaTek’s new gaming processor Helio G90T has been used for speed and multitasking in Redmi Note 8 Pro. Along with, up to 8 GB of RAM has been given. Inbuilt storage is up to 128 GB. Realme’s latest handset with four rear cameras is equipped with the octa-core Qualcomm Snapdragon 712 processor. Based on RAM and storage, there will be three variants of Reality XT – 4 GB + 64 GB, 6 GB + 64 GB and 8 GB + 128 GB. The Octa-core Exynos 9611 processor has been used in this phone of Samsung brand. It is equipped with 6 GB RAM and 128 GB storage.

Now let’s talk about camera setup. The Redmi Note 8 Pro also has four rear cameras. This is the company’s first 64 megapixel camera phone. With this sensor, the company has given 8-megapixel wide-angle sensor and two 2-megapixel sensors. The phone has a 20-megapixel selfie camera on the front panel.

Reality XT will come with four rear cameras. It has a 64-megapixel primary sensor, with F / 1.8 aperture. Along with this, there will be an 8-megapixel wide angle camera with f / 2.25 aperture, a 2-megapixel macro camera and a 2-megapixel portrait camera. The aperture of both the 2-megapixel cameras will be F / 2.4. The phone has a 16-megapixel camera for selfie, which has got a place in the waterdrop notch.

Three rear cameras have been given in Galaxy M30S. It has a primary sensor of 48 megapixels. It comes with a lens with f/2.0 aperture. It will be accompanied by a 5-megapixel depth camera and an 8-megapixel ultra-wide angle lens. The phone has a 16-megapixel camera on the front panel.