Which is better Xiaomi Mi A3, Motorola One Action and Realme 5 Pro? 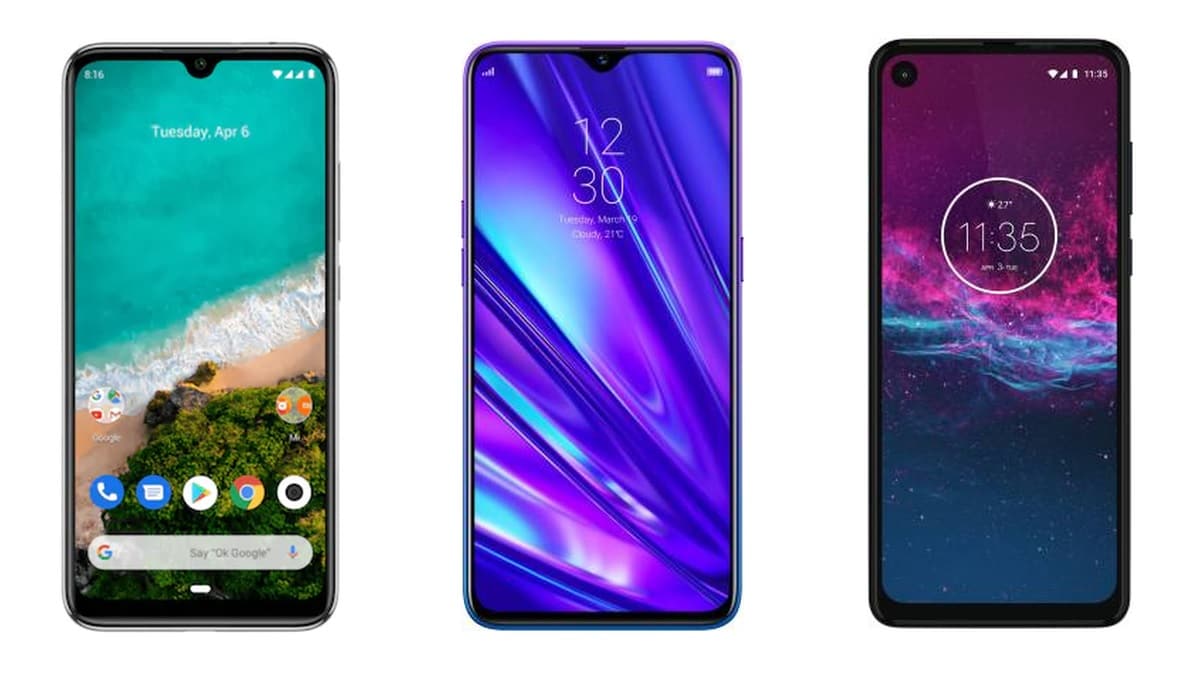 Xiaomi Mi A3 vs Motorola One Action vs Realme 5 Pro Processor, RAM, Storage

Now let’s talk about processor, RAM and storage. For speed and multitasking, the Mi A3 has up to 6 GB of RAM with Snapdragon 665 processor. Motorola One Action is powered by Octa-core Samsung Exynos 9609 processor with Mali G72 MP3 GPU and 4GB of RAM. The inbuilt storage of Motorola One Action is 128 GB and it is possible to use microSD card up to 512 GB if needed.

Qualcomm’s new Snapdragon 712 chipset has been used in Realme 5 Pro. There are 4 GB, 6 GB and 8 GB RAM options for Jugalbandi. There are two options for inbuilt storage – 64 GB and 128 GB. If needed, it will be possible to use a microSD card up to 256 GB.

Now let’s talk about the camera setup of Mi A3. There are three rear cameras on the back of the phone, a 48-megapixel primary sensor with aperture F / 1.79, an 8-megapixel secondary sensor with a wide-angle lens and a 2-megapixel camera sensor for depth sensing. The Waterdrop Notch houses a 32-megapixel front camera for selfies and video calling.

The triple rear camera setup of Motorola One Action is a bit different. It is made for capturing action shots. The company has given enhanced video stabilization. The rear camera setup is capable of capturing landscape shots in vertical positions. On the back side of the Moto One Action, there is a 12-megapixel primary camera with F / 1.8 aperture. It is accompanied by an action camera. Its lens is with f / 2.2 aperture and it supports 117 degree field of view. Apart from this, a depth sensor of 5 megapixels has been given.

Reality 5 Pro has four rear cameras. The primary camera is 48 megapixels. It comes with phase detection auto focus and f / 1.8 aperture. It is accompanied by an 8-megapixel sensor with F / 2.25 aperture. It also has a 119 degree wide-angle lens. The quad camera setup also includes a 2-megapixel macro lens and a 2-megapixel portrait lens. Electronic image stabilization is also a part of this phone. On the front panel, Realme 5 Pro has a 16-megapixel camera. Its aperture is F / 2.0.

Battery capacity of Xiaomi Mi A3 vs. Motorola One Action vs. Realme 5 Pro

realme 5 pro Vs Motorola One Action Vs Xiaomi Mi A3