Which is better selfie smartphone between Oppo F7 and Vivo V9? 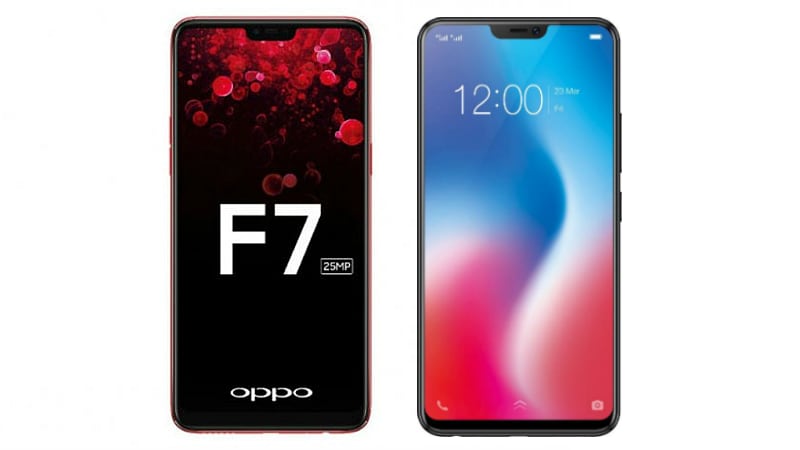 Chinese smartphone maker Oppo and Vivo recently launched their flagship smartphones in the Indian market. We are talking Oppo F7 And Vivo V9 Of. Both the handsets share many things in common, such as the thin bezel display and the iPhone X-like notch on the front of the screen. Both the smartphones out of box run on Android 8.1 Oreo. However, companies’ own user interfaces have also been given on top of it. Apart from this, both the smartphones come with 19: 9 aspect ratio displays and their resolution is 1080×2280 pixels. For your convenience, we have compared the Oppo F7 with the Vivo V9 on the basis of price and specification.

Now let’s talk about the camera of Vivo V9. A 24-megapixel sensor has been given on the front panel, which is with F / 2.0 aperture. The primary sensor is of 16 megapixels and the secondary is of 5 megapixels. The aperture of the rear camera is also F / 2.0. There is no doubt that users will be able to get the bokeh effect from the rear camera.

The battery is of 3260 mAh. Connectivity features of Vivo V9 include 4G LTE, VoLTE, Wi-Fi, Bluetooth, GPS and Micro-USB port.

Hopefully now you will not have any problem in choosing between Vivo V9 or Oppo F7.