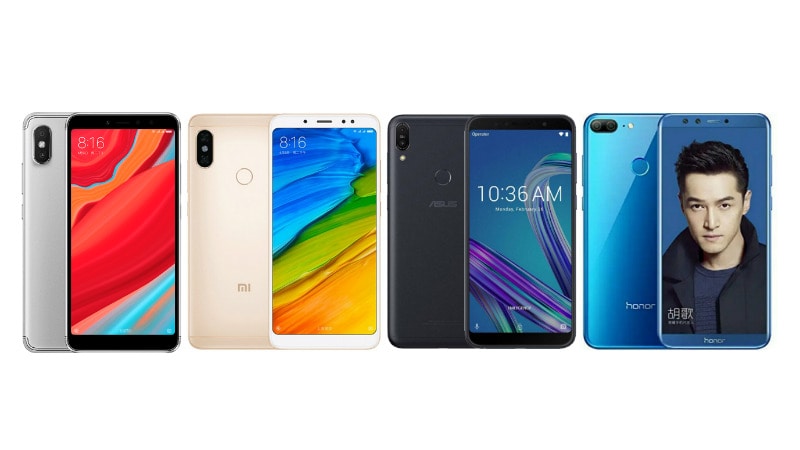 Redmi S2 The smartphone has knocked on Thursday amidst long waits and rumours. This is Redmi’s first S series handset. For this, the company has claimed to be the ‘Best Redmi Selfie Phone’. The handset has come equipped with some AI features. It has a thin bezel display. Along with this, the user gets the Face Unlock feature, which is in trend these days. But interestingly, the price of this handset of Xiaomi has been kept around its second smartphone Redmi Note 5. The next name in this price range comes Asus ZenFone Max Pro M1, which makes a strong claim. Honor 9 Lite will also have to be included in this list, which has the power to compete with thorns.

Redmi S2 Price Xiaomi’s selfie-centric handset Redmi S2 starts at 999 Chinese Yuan (approximately Rs.10,500). A variant with 3 GB RAM will be available at this price. The price of 4 GB RAM variant is 1299 Chinese Yuan (about Rs 13,700). The sale of this handset in the domestic market will start from May 17.

The price of 3 GB RAM and 32 GB storage variants of Redmi Note 5 is Rs 9,999. Whereas to buy 4 GB and 64 GB variants, you will have to spend Rs 11,999. The phone comes in Black, Gold, Lake Blue and Rose Gold variants. Out of which you will be able to buy only two color variants in this cell.

Asus Zenfone Pro M1 comes with Flipkart’s new Complete Mobile Protection Plan. There will be protection against broken screen, liquid damage, hardware and software damage. To get this service from Flipkart, the user will have to pay Rs 49.

Redmi S2 has a 5.99-inch HD + (720×1440 pixels) display. Its aspect ratio is 18: 9. It comes with a density of 269 pixels per inch. The company has used the reliable Snapdragon 625 processor in it. Adreno 506 GPU is integrated for graphics. As we told you earlier, there will be two variants of this handset based on RAM and storage. One has 32 GB inbuilt storage with 3 GB RAM, the other has 64 GB storage with 4 GB RAM. Both the variants will support microSD card up to 256 GB. The good thing is that the company has given separate slots for two SIM cards and microSD card in Redmi S2.

Now let’s talk about the important feature camera of Redmi S2. A 16-megapixel sensor has been given for selfie. It comes with features like AI Portrait Mode and AI Smart Beauty. There are two sensors on the rear. The primary camera is of 12 megapixels and the secondary is of 5 megapixels. The cameras come with phase detection auto focus (PDAF), f/2.2 aperture, AI portrait mode, panorama mode and LED flash. It has been informed that users will be able to record videos of 1080 pixels resolution at the rate of 30 frames per second from the rear camera.

3080 mAh battery will work to bring life to the handset. There is a fingerprint sensor for security which is present under the camera on the back. Apart from this, users will also be able to protect the handset from their face, that is, it will come with face recognition. Connectivity features include common features like 4G VoLTE, Wi-Fi, Bluetooth 4.2 and GPS. Accelerometer, gyroscope, infrared ammeter and electronic compass are part of the handset. The dimensions of the smartphone are 160.73×77.26×8.1 millimeters and weighing 170 grams.

Dual SIM Xiaomi Redmi Note 5 runs on MIUI 9 based on Android Nougat. It has a 5.99-inch full-HD + (1080×2160 pixels) display. The screen is of 18: 9 aspect ratio. The Octa-core Snapdragon 625 processor has been used in the phone, which has the highest clock speed of 2 GHz. Adreno 506 GPU is integrated for graphics. You will have the option to choose one in 3 GB or 4 GB RAM. The fingerprint sensor has got a place on the rear panel. ,read review,
Xiaomi Redmi Note 5 has a 12-megapixel rear camera, which has an aperture F / 2.2. It is equipped with phase detection auto focus and LED flash module. A 5 megapixel sensor has been given on the front panel. It comes with LED selfie-light module and Beautify 3.0 beautification technology. We have already told you that there are two storage variants of Xiaomi Redmi Note 5 – 32 GB and 64 GB.

Asus ZenFone Max Pro M1 flaunts a 5.99-inch full-HD+ (1080×2160 pixels) full-view IPS display. Like the current trend, this handset is equipped with a screen with 18: 9 aspect ratio. This dual SIM smartphone with metal body comes with 2.5D curved glass panel. The octa-core Qualcomm Snapdragon 636 processor has been used in the handset and Adreno 509 GPU is integrated for graphics.

There are two variants of ZenFone Max Pro M1. One variant comes with 3 GB RAM and 32 GB storage. At the same time, the powerful variant has 64 GB storage with 4 GB RAM. It is possible to use a microSD card of up to 2 TB in both the variants if needed. It comes with the latest Android 8.1 Oreo.

Honor 9 Lite with Dual SIM runs on Honor 9 Lite based on Android 8.0 Oreo. The phone has a 5.65 inch Full HD + (1080×2160 pixels) IPS display. The aspect ratio of the screen is 18: 9 and pixel density is 428 ppi. Huawei HiSilicon Kirin 659 processor has been given in the phone. The phone is available in 3 GB RAM and 4 GB RAM options. Honor 9 Lite is available in 32 GB or 64 GB storage option, which can be expanded up to 256 GB via microSD card.
Talking about the camera in the phone, the phone has a 13-megapixel primary sensor and a 2-megapixel secondary sensor on the rear. The rear camera supports PDAF. The same camera setup is also on the front. In the camera you will also find modes like 3D Beauty, Bokeh Effect, Panorama. The phone supports hybrid dual sim. The handset runs on Android 8.0 Oreo based EMUI 8.0.

3000 mAh battery will work to power the Honor 9 Lite. Which is claimed to provide up to 24 days of standby time and up to 20 hours of talk time on 3G network. Apart from this, the company says that the phone will get up to 13 hours of video playback, up to 86 hours of music playback and about 9 hours of access time on 4G internet usage. Talking about connectivity, features like 4G VoLTE, Wi-Fi 802.11 b/g/n, Bluetooth, GPS, A-GPS, 3.5mm audio jack and Micro USB with OTG have been provided in Honor 9 Lite. Accelerometer, light sensor and magnetometer, proximity sensor have been given in the phone. The dimensions of the phone are 151×71.9×7.6mm and weighing 149 grams.