Which is better Redmi 7A and Realme C2? 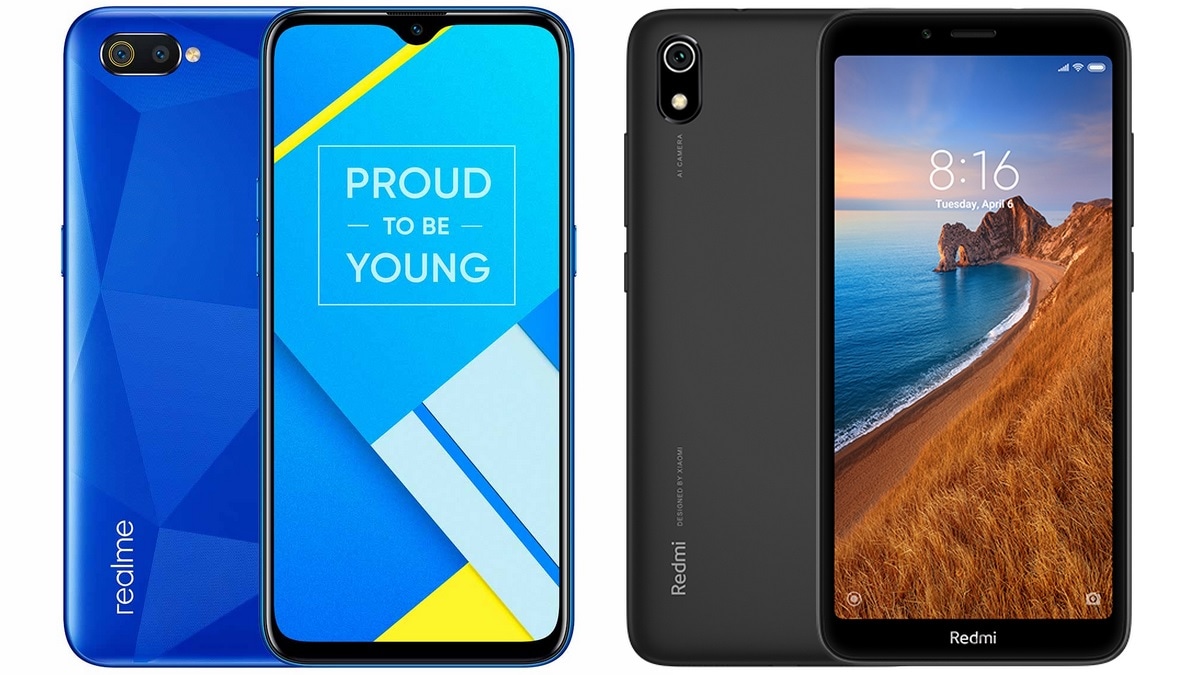 Redmi 7A vs Realme C2: Xiaomi has launched its new budget smartphone Redmi 7A in India. The starting price of the new Redmi 7A in the Indian market has been fixed at Rs 5,999. In the market, the direct competition of Redmi 7A will be with the Realme C2 smartphone of Oppo’s sub-brand Reality, whose starting price is also the same as Redmi 7A. On the basis of price and specification, who is better between Redmi 7A and Realme C2, let us know.

Redmi 7A vs Realme C2 Price in India

The price of Redmi 7A in India starts from Rs 5,999. This price is of 2 GB RAM + 16 GB storage variant. The price of 2 GB RAM + 32 GB storage variant of this phone is Rs 6,199. The phone will be available in Matte Black, Matte Blue and Matte Gold colors. As part of the launch offer, Xiaomi will be selling both the variants of its Redmi 7A handset at an affordable price of Rs 200. The handset can be purchased at an initial price of Rs 5,799. This discount is for July.

Redmi 7A vs Realme C2 Display and Color Variants

The Redmi 7A sports a 5.45-inch HD (720×1440 pixels) screen with 18:9 aspect ratio. On the other hand, Realme C2 sports a 6.1-inch HD+ (720×1560 pixels) display with 19.5:9 aspect ratio. There is a protection of Corning Gorilla Glass 3 on the handset. Talking about the color variants of Redmi 7A, this phone will be available in Matte Black, Matte Blue and Matte Gold colors. So right there, Realme C2 is available in Diamond Blue and Diamond Black colors.

Redmi 7A vs Realme C2 processor, RAM and storage

The Octa-core MediaTek Helio P22 processor has been used in the Realme C2 smartphone. There are two RAM options – 2 GB and 3 GB. There are two options for inbuilt storage – 32 GB and 64 GB. Both the variants will support microSD card up to 256 GB.

Redmi 7A vs Realme C2 Camera

Redmi 7A vs Realme C2 software and battery capacity

redmi 7a Vs realme c2