Which is better Realme 5s and Redmi Note 8? 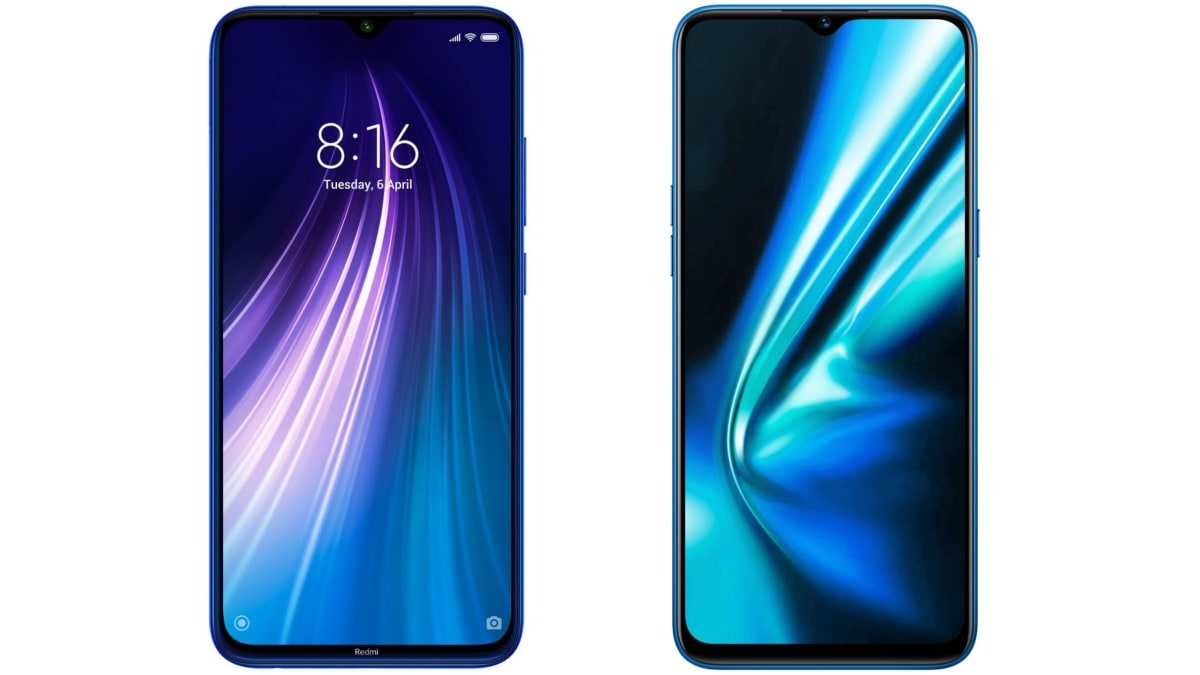 Realme 5s vs Redmi Note 8: Realme 5s has been launched in India. This smartphone of Realme brand has been launched in the market with an initial price of Rs 9,999. There are four rear cameras in the back of the Realme 5s and it has a 48-megapixel primary camera sensor. A 5,000 mAh battery has been given to bring life to this budget smartphone of Reality. Octa core Qualcomm Snapdragon 665 processor has been used for speed and multitasking. In the market, the direct competition of Reality 5S will be with Xiaomi’s Redmi Note 8 Pro smartphone. Based on the price and specification, which is better between Realme 5s and Xiaomi Redmi Note 8 Pro smartphone? Let’s know…

Also read- How different are Realme 5s and Realme 5 from each other?

On the other hand, Xiaomi redmi note 8 The starting price of Rs 9,999. This price is of 4 GB RAM and 64 GB storage variants. The 6 GB RAM + 128 GB storage model of this phone will be sold for Rs 12,999. This phone of Xiaomi brand is sold in Neptune Blue, Moonlight White, Cosmic Purple and Space Black colors.

Dual-SIM (Nano) realme The 5S smartphone runs on ColorOS 6 based on Android Pie, while the Redmi Note 8 smartphone works on MIUI 10 based on Android 9 Pie. First let’s talk about the display. The Realme smartphone has a 6.5-inch HD + (720 x 1600 pixels) display. Also, its screen-to-body ratio is 89 percent, Corning Gorilla Glass 3+ has been used for screen protection.

Now let’s talk about processor, RAM and storage. Both the Realme 5S and Redmi Note 8 smartphones have an octa-core Qualcomm Snapdragon 665 processor. Xiaomi The Redmi Note 8 smartphone has up to 6 GB of RAM and up to 128 GB of storage. At the same time, this smartphone of Realme brand has up to 128 GB of storage with 4 GB RAM. It is worth noting that with the help of microSD card in Redmi Note 8, the storage can be increased up to 512 GB, while it is possible to increase the storage up to 256 GB with the help of card in Reality 5S.

Xiaomi has given four rear cameras in its Redmi Note 8. There will be a 48-megapixel primary camera, 8-megapixel wide-angle shooter and two 2-megapixel sensors. It also has a 13 megapixel selfie camera. Its aperture is F / 2.0.

Now let’s talk about connectivity. Reality 5S includes 4G VoLTE, Wi-Fi, Bluetooth 5.0, GPS / A-GPS and GLONASS. The length-width of this phone of Realme brand is 164.4×75.6×9.3 millimeters and weighs 198 grams. Talking about the sensors given in Reality 5S, then accelerometer, ambient light sensor, gyroscope, compass and fingerprint sensor have been given on the back panel for security.

Connectivity in Redmi Note 8 includes GPS, A-GPS, Wi-Fi 802.11 ac, Bluetooth 4.2, 3.5mm audio jack, IR blaster and Wi-Fi Direct. If we talk about the sensors given in Redmi Note 8, then it includes Ambient Light Sensor, Gyroscope, Digital Compass, Proximity Sensor. The dimensions of the phone are 158.3×75.3×8.35mm and weighing 188 grams.