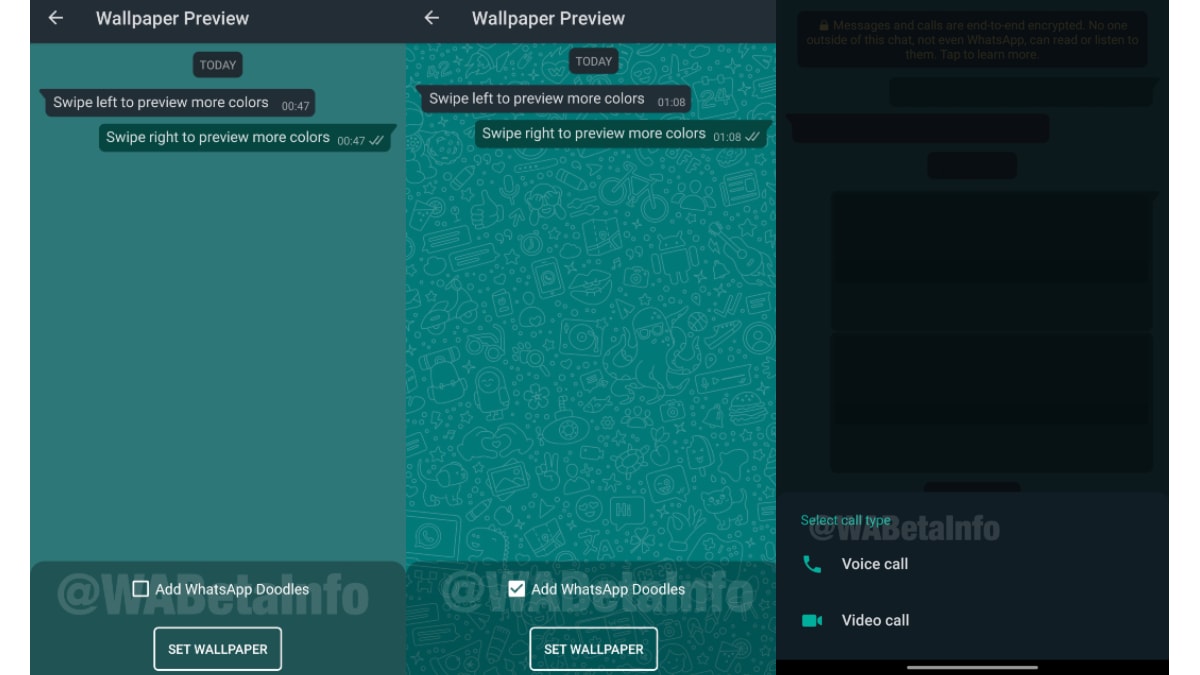 WhatsApp is reportedly working on several improvements these days, and some of those improvements have been seen in the latest Android beta. This includes new catalog shortcuts for business accounts, which will provide quick access to their Protect portfolio. Apart from this, a new ‘Add WhatsApp Doodles’ option will also be added to the app, which is currently under development. This feature will help users to make the solid wallpaper a little fancy. Also a new ‘Call’ button feature is also in the works. This new call button will be a slightly modified avatar of video calling and voice calling, in which users will get the option of both these calling in one button.

WhatsApp’s new features tracker WABetaInfo has discovered some new features in the latest WhatsApp 2.20.200.3 beta for Android. The first of these features is the addition of Catalog Quick Shortcuts to Business Chats. The catalog icon can be located right next to the call button in the app. Currently it is being worked on, as of now even the latest beta users cannot use this feature.

Apart from this, WhatsApp is working on a new call button feature, which will be a combination of voice call and video call. As of now, the app has separate icons for video calls and voice calls, but the new button will combine both these calls into one. Whenever you click on this button to make a call, you have to choose between video call and voice call. This feature is also currently being worked on, it is believed that it will be made available in future builds.

The tracker says that the new call button will initially be available on WhatsApp only for business chats, but later this feature will be made available to everyone.

Apart from this, WhatsApp is also working on some wallpaper improvements, which have been reported earlier as well. front has arrived. The new improvements will bring the ability to doodle on the solid wallpaper in the chat. A new ‘Add WhatsApp Doodles’ option has been seen in WhatsApp 2.20.200.3 beta for Android. This feature is also not available for beta users yet, it has been removed only by searching in the codes.