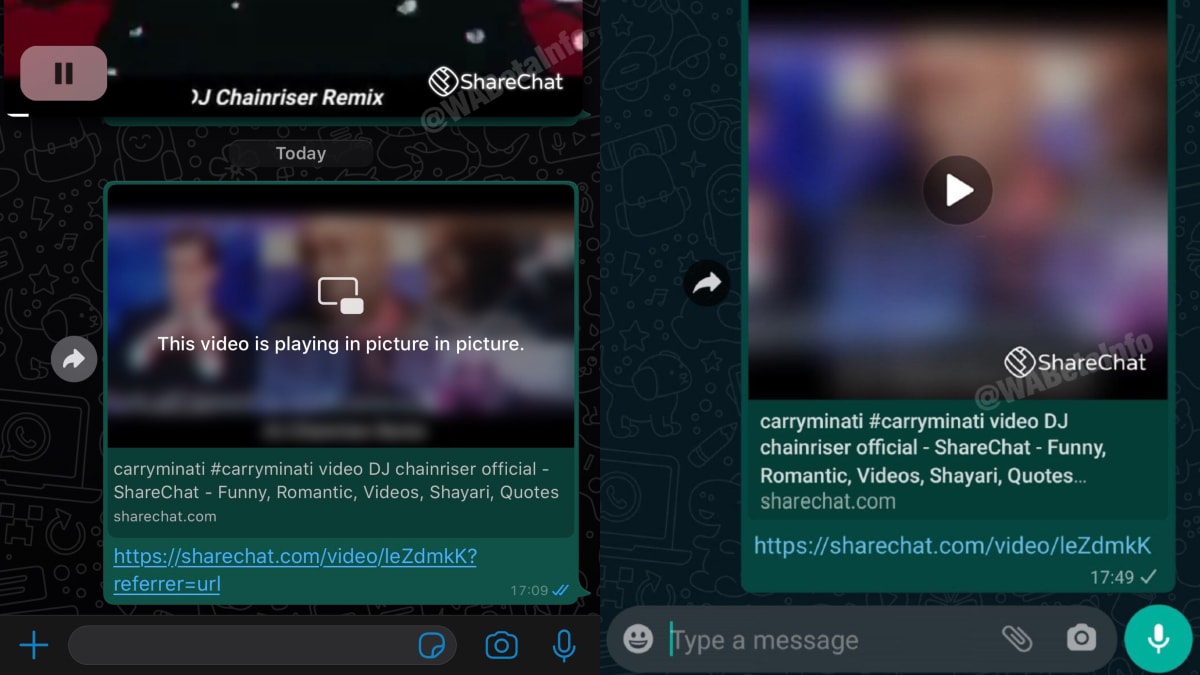 WhatsApp has reportedly rolled out ShareChat video support for Android and iOS beta users. All users on WhatsApp v2.20.81.3 beta for iOS and WhatsApp v2.20.197.7 beta for Android will be able to watch ShareChat videos in-app via a floating video, similar to YouTube and Facebook video links. Is. Furthermore, the latest WhatsApp beta for iOS indicates that the messaging company is working on wallpaper customization in chats for users. Which means that whenever this feature is made live, then users can set different wallpapers in different chats.

of WABetaInfo Report As per reports, WhatsApp is enabling ShareChat video support in its most recent beta version for Android and iPhone. The tracker informed that this feature will not be available to all users immediately, it may take another 24 hours to reach all, after which users can use it. As we mentioned, this feature will reportedly work on WhatsApp v2.20.81.3 beta version for iPhone and WhatsApp v2.20.197.7 beta for Android.

WABetaInfo has discovered all the new things in the latest WhatsApp v2.20.90.21 beta for iOS. The new beta indicates that WhatsApp is working on a new multi wallpaper feature. This feature is currently under development, but in the future it will be made available to all users through an update. With the help of this feature, users can set different wallpapers in different chats. Apart from this, the Multi Wallpaper feature will also provide the facility to adjust the brightness of the selected wallpaper. However, no information has been made public about when this feature will be rolled out to the users in the stable version.