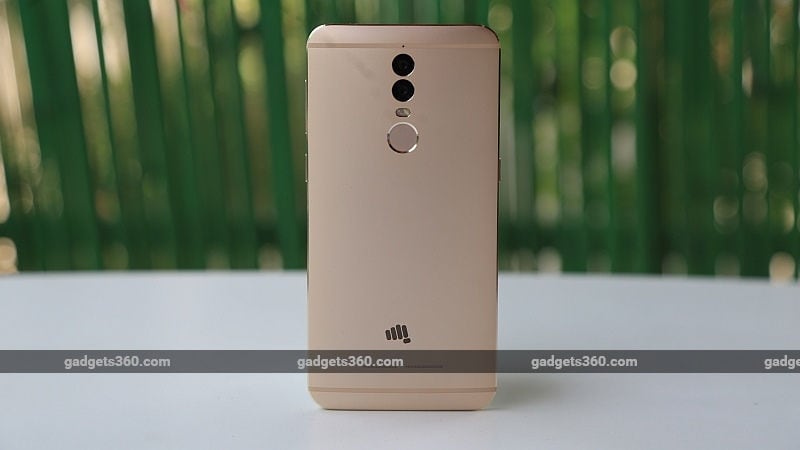 Micromax on Monday launched Dual 5 smartphone launched in india Did. Its price is Rs 24,999. The handset will be available from April 10 on Flipkart and offline stores. However, the registrations have started.

micromax dual 5 The smartphone has dual rear cameras, Snapdragon 652 processor and a 5.5-inch full-HD screen. We managed to spend time with this smartphone during the launch event. At first glance, we felt this smartphone like…

When Micromax Dual 5 arrives in hand, your first glance will be at its design. The phone is compact and is made from the aluminum used in aircraft. The power button is on the right and along with it are the volume buttons. At the same time, the fingerprint sensor is on the back side. The funny thing is that a smart key has been given on the left side, with the help of which users will be able to perform different functions. The USB Type C port for charging and data transfer is present at the bottom of the phone. The device weighs 164 grams. Despite the large screen, the phone fits snugly in the hands and feels sturdy and premium.

Dual 5 has two rear cameras of 13 megapixels. Both are Sony IMX258 sensors. One of these sensors captures monochrome data and the other RGB colour. The aperture of both the sensors is F / 1.8. A color temperature sensor combines the images captured by both the sensors. The phone is capable of capturing depth of field and can create bokeh effect. We have got to see a similar feature in the iPhone 7 Plus. Apart from this, the dual camera setup is capable of taking better pictures in low light. The Dual 5 phone will get standard camera modes like Pano, Pro, Slow Shutter, Anti Haze, Macro and Monochrome.

The Micromax Dual 5 also has a 13-megapixel sensor on the front panel. It has Sony IMX258 sensor and aperture F / 2.0. There is a soft selfie flash mode for the front camera.

After a short time spent with the phone, all we can say is that the pictures taken with its front and rear cameras were satisfactory. However, we didn’t find the bokeh effect of the dual rear cameras too impressive, as claimed by the company. The comparison with the iPhone 7 Plus is meaningless, especially considering the price difference between the two. But it is also believed that just having the same name does not give the same output.

Micromax Dual 5 sports a 5.5-inch full-HD (1080×1920 pixels) Super AMOLED display. The protection of this 2.5D curved Corning Gorilla Glass 3 is present. We found the display to be oversaturated, which is common with every AMOLED screen. However, overall the quality was satisfactory.

The phone runs on Android 6.0.1 Marshmallow and Qualcomm Snapdragon 652 processor has been used in it. Along with it is given 4 GB RAM. With 128 GB of storage, you will be able to use microSD card up to 128 GB. The phone has a hybrid dual-SIM slot, i.e. two SIMs simultaneously or a single SIM with a microSD card. It supports 4G, VoLTE, Wi-Fi ac and Bluetooth 4.1. During the time we spent with the device, we didn’t have any complaints about the performance and the applications downloaded quickly.

Micromax has taken special care of security and privacy in Dual 5. The company says that the phone has a separate chip that stores the password. This is done for the sake of security. Apart from this, users can create private profiles which can be kept separate from general profiles. If you wish, you will be able to use different fingerprints for different profiles. By doing this, users will be able to keep their files and folders out of reach of others. Micromax also claimed that it is the first phone in India to come with EAL 5+ military grade security.

In case your phone gets stolen, you can use the Dual 5’s Anti-Theft SafeSwitch feature to lock it. By doing this no one will be able to shut down the phone and it will be easier for you to trace it. Apart from this, the phone has a self-destruct feature, with the help of which you will delete all the data within 60 minutes of the theft of the phone. Micromax Care app is already installed in the phone.

Apart from this, you will get accelerometer, ambient light sensor, gyroscope and proximity sensor. The Dual 5 packs a 3200mAh battery with Quick Charge 3.0 support. It has been claimed that the battery will be charged from zero to 95 percent in just 45 minutes. You will get up to 4 hours of usage time in 10 minutes of charging. Micromax Dual 5 clash in this price range Vivo V5 Plus, Gionee A1 And Oppo F3 Plus Will be from To know in detail about the phone, wait for its review.