What is special about Nokia 8 Sirocco? 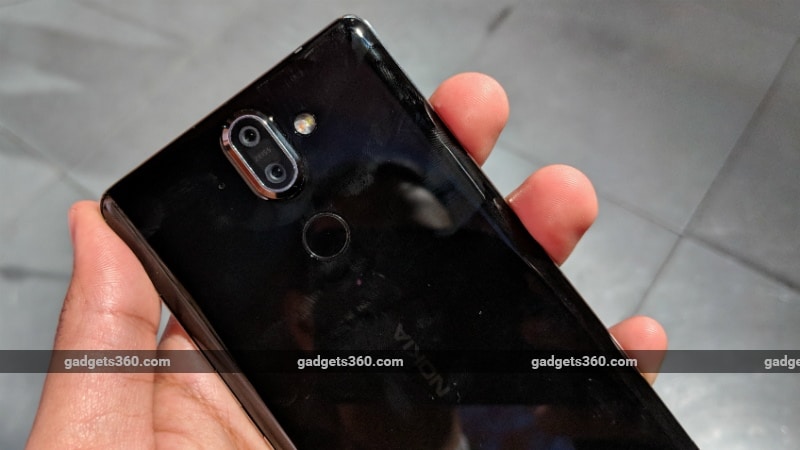 These days the difference between expensive smartphones is mainly decided on the basis of design and camera. Smartphone makers cannot do much regarding processor speed. Such a situation has arisen regarding RAM and storage, now it will be called absurd to give more than this. The Nokia brand made a comeback in the top smartphone market with last year’s flagship smartphone Nokia 8. In terms of performance, the handset completely impressed. But the design, features and specifications didn’t impress us much. A year later at Mobile World Congress 2018 we have the Nokia 8 Sirocco. Its purpose is to remove the shortcomings left with the old variant.

nokia 8 sirocco The timing of its launch raises many questions. Because most of the companies’ expensive smartphones will come with Qualcomm’s latest Snapdragon 845 processor. Whereas in Nokia 8 Sirocco, it has been decided to use last year’s flagship processor Snapdragon 835 only. It is expected that the price of this phone will be a little less. But HMD Global will only hope that users will fall in love with this phone.

Aluminum, which is used by most of the companies today. In contrast, the Nokia 8 Sirocco is made from a single block of stainless steel. It has been claimed that it is two and a half times stronger than aluminum. The popular Nokia 8800 Sirocco was a stainless steel special edition version of the company’s most expensive smartphone. This phone has been made for those people who wanted to use mobile phone as a status symbol.

Even though the emphasis is on stainless steel, the outer body of the phone is 95 percent glass. It is very slick. But stains and fingerprints fall very easily. Within two minutes our demo unit was full of marks. We had to clean it over and over again. Its only black color variant, due to which the marks come out more.

The Nokia 8 Sirocco has a 5.5-inch screen. This poled panel is of QuadHD (1440×2560 pixels) resolution. This means the aspect ratio is 16: 9. Due to the curved edges, a small amount of screen space is wasted. In such a situation, it will not be easy to focus on full screen videos and games.

The body is 7.5 mm thin. But it gets thinner at the edges. Because of this we were at times not completely sure about our grip on the phone. Slim phone. Because of this the audio socket is discharged. But you will get a USB-Type C to 3.5mm dongle. Due to the glass back, Nokia Chi has been able to make wireless charging a part of this phone.

On the rear you will find two cameras, which have been made in partnership with Carl Zeiss. There is a 12 megapixel sensor, wide lens and f / 1.75 aperture. The secondary camera is of 13 megapixels. It is a telephoto lens and is equipped with f / 2.6 aperture. On the front panel there is a 5 megapixel sensor with F / 2.0 aperture which comes with 84 degree field of view. HMD Global now calls the Bothie feature as Dual Sight. With its help, you can superimpose pictures taken with front and rear cameras on top of each other.

The performance remains strong due to the Snapdragon 835 processor. But there were not many apps on the phone, so we will be able to say something about the performance of the phone only after a detailed review. The phone has 6 GB RAM and 128 GB inbuilt storage. However, there is no support for microSD card. The battery is of 3260 mAh and it supports Qualcomm Quick Charge 4.0. You will get features like Wi-Fi ac, Bluetooth 5, NFC and 24-bit audio recording.

By the time HMD Global launches the Nokia 8 Sirocco (in May) in the Indian market, many flagship smartphones of 2018 will have come with the new hardware. But it is possible that people may be drawn towards this phone just because of the look. It gives a good feel in the hands and is also very premium. This phone is better than Nokia 8. But we will give the final verdict only in a detailed review.