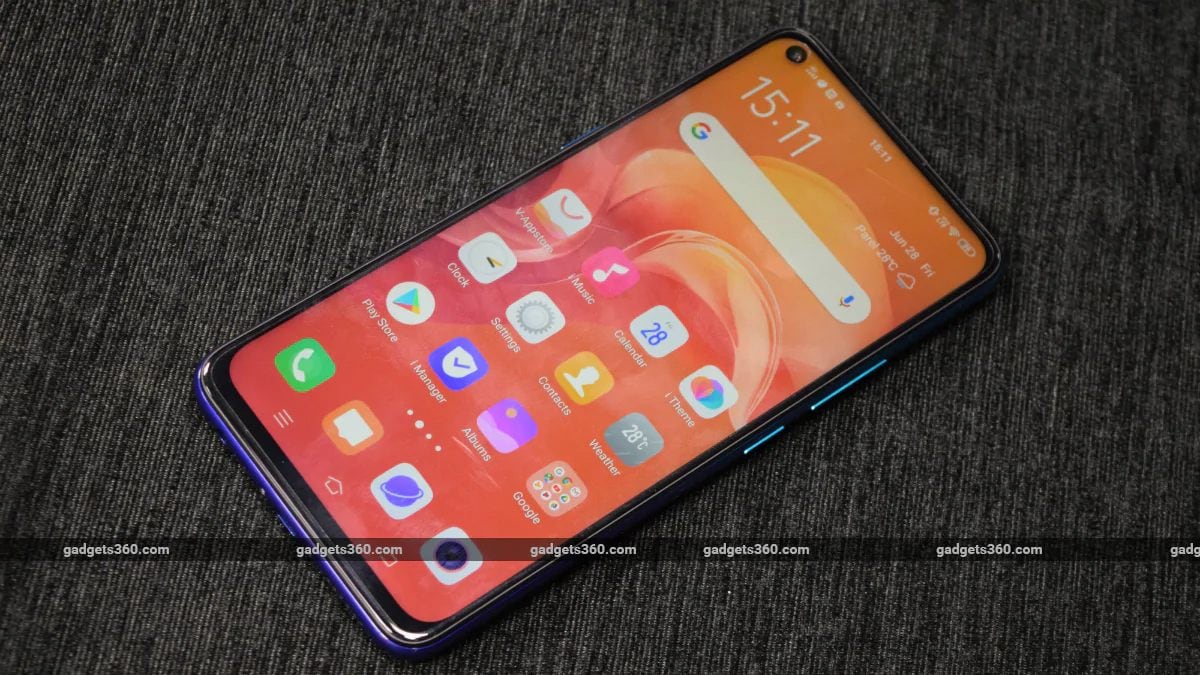 Vivo Z1 Pro It has recently been launched in the Indian market. Talking about the key features of Vivo Z1 Pro, it is the world’s first handset to come with Snapdragon 712 chipset. Not only this, it also has 32-megapixel “in-display” (hole punch) selfie cameras and three rear cameras. The Vivo Z1 Pro has Game Mode 5.0 pre-installed and is also the official phone for PUBG Mobile Club Open 2019.

For the information of you people, let us tell you that the date of sale of Vivo Z1 Pro is 11th July and it will be sold on Flipkart and Vivo India e-store. Talking about the specification of Vivo Z1 Pro, this phone comes with Game Mode 5.0. It is equipped with 4D vibration and 3D surround sound, which enhances the gaming experience.

Talking about the specification of Samsung Galaxy M40, it has a 6.3-inch full-HD + Infinity O display. It has the protection of Corning Gorilla Glass 3. The display panel comes with the company’s Screen Sound technology. It produces audio vibration in the handset. The phone has Adreno 612 GPU and 6 GB RAM with Octa-core Qualcomm Snapdragon 675 processor.

The Galaxy M40 has a triple rear camera setup. The primary sensor is 32 megapixels. It comes with AI Scene Optimizer and f/1.7 lens. There is a 5 megapixel secondary camera on the back side. It is also a depth sensor. The third camera is 8 megapixels, it comes with ultra wide angle lens. A 16-megapixel sensor has been given in the phone for selfie.

The inbuilt storage of Samsung Galaxy M40 is 128 GB and it is possible to use microSD card up to 512 GB if needed. The handset has a fingerprint sensor on the back. This Samsung phone has a 3,500 mAh battery and it supports 15 W fast charging.

Talking about the specification of Motorola One Vision, it has a 6.3-inch full-HD + (1080×2520 pixels) display, with 21: 9 CinemaVision aspect ratio. Mali G72 MP3 GPU has been used for graphics with the Octa-core Samsung Exynos 9609 processor in the handset. The phone has 4 GB RAM and inbuilt storage is 128 GB. If needed, it will be possible to support microSD card up to 512 GB.

The phone has a 6.26-inch full-HD + (1080×2340 pixels) display. Kirin 980 processor has been used in the phone. It will come with 8 GB RAM and 256 GB storage. Honor 20 Pro On the back side, there is a primary sensor of 48 megapixels Sony IMX586. It is equipped with F / 1.8 aperture. The secondary sensor is of 16 megapixels. This is a super wide angle camera. It was accompanied by an 8-megapixel telephoto lens. Its aperture is F / 2.4. This sensor supports 3x lossless optical zoom, 5x hybrid zoom and 30x digital zoom.

The fourth sensor in the quad camera setup is 2 megapixels. A 32-megapixel selfie camera with F / 2.0 aperture has been given on the front panel. It will come with 3D Portrait Lightning. The battery of Honor 20 Pro is 4,000 mAh and it will support 22.5 W Honor Super Charge.

Samsung launched its Galaxy S10 series in India in March this year. launch did. Let us know that under the Galaxy S10-series, Galaxy S10, Galaxy S10 Plus and Galaxy S10e were launched in the Indian market. The 6 GB RAM / 128 GB storage model of Samsung Galaxy S10e is sold for Rs 50,900.

It has a 6.1-inch QuadHD+ Curved Dynamic AMOLED Infinity O display. In select markets like India, the phone has been brought with the 8nm octa-core Samsung Exynos 9820 processor. 8 GB RAM has been given in the phone. It has a triple rear camera setup. This setup has a 12-megapixel 77-degree lens wide-angle camera. There is a 12-megapixel 45 degree telephoto lens with an f / 2.2 aperture. Apart from this, there is a 16-megapixel ultra wide angle lens camera. This setup supports 10x digital zoom.

It is similar to the Galaxy S10 in many ways. It has a 6.4-inch QuadHD+ Curved Dynamic AMOLED Infinity O screen. The same processor as Galaxy S10 has been used in this. But apart from 8 GB RAM, there is also a 12 GB RAM variant.

Galaxy S10+ The rear camera setup of the Galaxy S10 is the same. But this smartphone has a dual camera setup on the front panel. The primary selfie camera sensor in this setup is the same as the Galaxy S10. An 8-megapixel fixed focus RGB depth sensor has been given for Jugalbandi. The Galaxy S10+ has three options for inbuilt storage – 128 GB, 512 GB and 1 TB. It is possible to use a microSD card up to 512 GB in all three variants.

The phone has a 5.8-inch full-HD + Flat Dynamic AMOLED Infinity O display. The processor is the same. But there are two RAM options – 6 GB and 8 GB. The Galaxy S10e has a dual rear camera setup. The primary sensor is of 12 megapixels and the secondary sensor is of 16 megapixels. The setup supports 0.5x optical zoom and 8x digital zoom. The front camera is the same as that of the Galaxy S10.

Samsung Galaxy S10e There are two options of inbuilt storage – 128 GB and 512 GB. Both the variants support microSD card up to 512 GB. There is not much difference in connectivity features and sensors either. Heart rate sensor will not be available in this handset. In this phone, instead of ultrasonic in-display fingerprint sensor, rear panel fingerprint sensor has been given. The battery of the handset is 3,100 mAh.