Vivo U20 vs Redmi Note 8: Which is better in camera, performance and battery life? 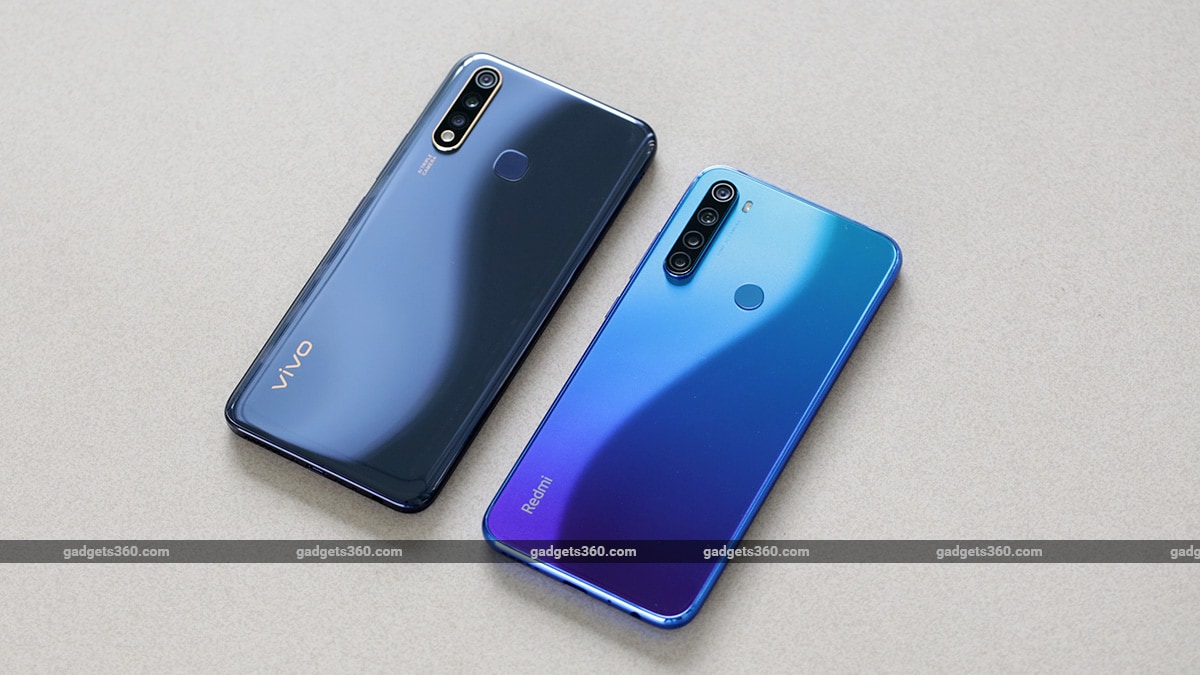 Redmi Note 8 vs Vivo U20: Vivo has recently launched its new Vivo U20 smartphone in India, like Vivo U10, Vivo U20 has also been launched in the market with an aggressively priced price. Vivo U20 smartphone comes with good features and performance in the budget of around Rs 10,000. Customers have Xiaomi’s Redmi Note 8 smartphone apart from Vivo U20 in this price segment, but which of these phones is right for you? To know this, we have compared both of them with each other, so let’s know…

Despite the low price, Xiaomi and Vivo have designed both of their smartphones in such a way that they look good. In both these smartphones redmi note 8 The build quality is better and it feels more premium. While Xiaomi has used Corning Gorilla Glass 5 on the front and back panels, Vivo has not said whether the Vivo U20 has anything like this or not.

The thing to note is that Vivo U20 The back panel is of plastic. Redmi Note 8 has a flat back while the frame is curved but Vivo has given a curved back panel in Vivo U20, which makes the phone hold well in the hand. The Vivo U20 smartphone is slightly thicker and heavier than the Redmi Note 8.

Xiaomi has given USB Type-C port and IR emitter in Redmi Note 8. On the other hand, Vivo smartphone will not get IR meter, as well as Vivo smartphone has Micro-USB port which can disappoint. The Redmi Note 8 is smaller in size and sports a 6.39-inch full-HD+ display, while the Vivo U20 sports a 6.53-inch display. Since the Vivo U20 is large, the hand does not easily reach the fingerprint sensor on the back panel of the phone.

Redmi Note 8 vs Vivo U20 Specifications and Software

Qualcomm Snapdragon 665 processor has been given in Redmi Note 8 and it has two variants. The price of 4 GB RAM and 64 GB storage variant of Xiaomi Redmi Note 8 is Rs 9,999. The 6 GB RAM + 128 GB storage model of this phone will be sold for Rs 12,999. This phone of Xiaomi brand will be available in Neptune Blue, Moonlight White, Cosmic Purple and Space Black colors.

Redmi Note 8 has a 4,000 mAh battery, while Vivo U20 will get a bigger 5,000 mAh battery. Both the smartphones come with fast charging support, not only this, an 18W charger is also available in the retail box. Due to the low capacity battery in Redmi Note 8, it charges quickly.

Talking about the software, Redmi Note 8 runs on MIUI 10 based on Android 9 Pie. There is some bloatware that comes pre-installed on the device and we found some Xiaomi apps spammy. Vivo phone runs on Funtouch OS 9.2 based on Android 9 Pie. There will also be many bloatware pre-installed in Vivo phones. Let us know that spammy notifications will also be available in Vivo U20. In terms of hardware, Vivo U20 is the winner as it is equipped with Snapdragon 675 SoC which is more powerful than Snapdragon 665 processor.

Redmi Note 8 vs Vivo U20 Performance and Battery Life

Both the smartphones handle the day-to-day task without any problem. Multitasking was also smooth, we played some videos on both the phones and found that the panel of Vivo U20 is better than that of Redmi Note 8. Vivo U20’s fingerprint sensor and face unlock feature unlock the phone faster.

Redmi Note 8 vs Vivo U20 cameras

On the other hand, Vivo phone has a 16-megapixel primary camera sensor with Sony IMX499 sensor and F / 1.8 aperture, along with an 8-megapixel wide-angle sensor, its aperture is F / 2.2 and aperture F / 2.4 with 2 megapixels. Macro camera sensor.

Both the phones focus fast, in daylight both the phones capture the same detail. Our sample shots look good but look grainy when zoomed in. In comparison to Vivo U20, we found that the contrast and sharpness were better in pictures taken with the Redmi Note 8.

The wide-angle cameras on both the phones offer a wide field of view but we liked the Vivo U20. The Redmi Note 8 boosts contrast aggressively and the shadows lacked in detail. In low light, the Redmi Note 8 captures the color tone of the scene properly but the Vivo U20 captures better details and the grains are less visible when zoomed in.

After enabling Night Mode in both the phones, they provide bright shots. Redmi Note 8 automatically increases the sharpness in the photo, which makes the photo look artificial. Photos taken with Vivo U20 look more natural. For close-ups, we found that the Redmi Note 8 captures better colors and details.

Both Vivo U20 and Redmi Note 8 are popular smartphones that are available for sale in the budget around Rs 10,000. While one offers better performance and good battery life, the other phone is equipped with better build quality and better cameras. It is not easy to choose between both the phones but if you want to take the phone to play games then Vivo U20 can prove to be a better option.

Out of Redmi Note 8 and Vivo U20, the Vivo brand smartphone runs more in every charge. Xiaomi Redmi Note 8 comes with better cameras, looks more expensive than it looks.