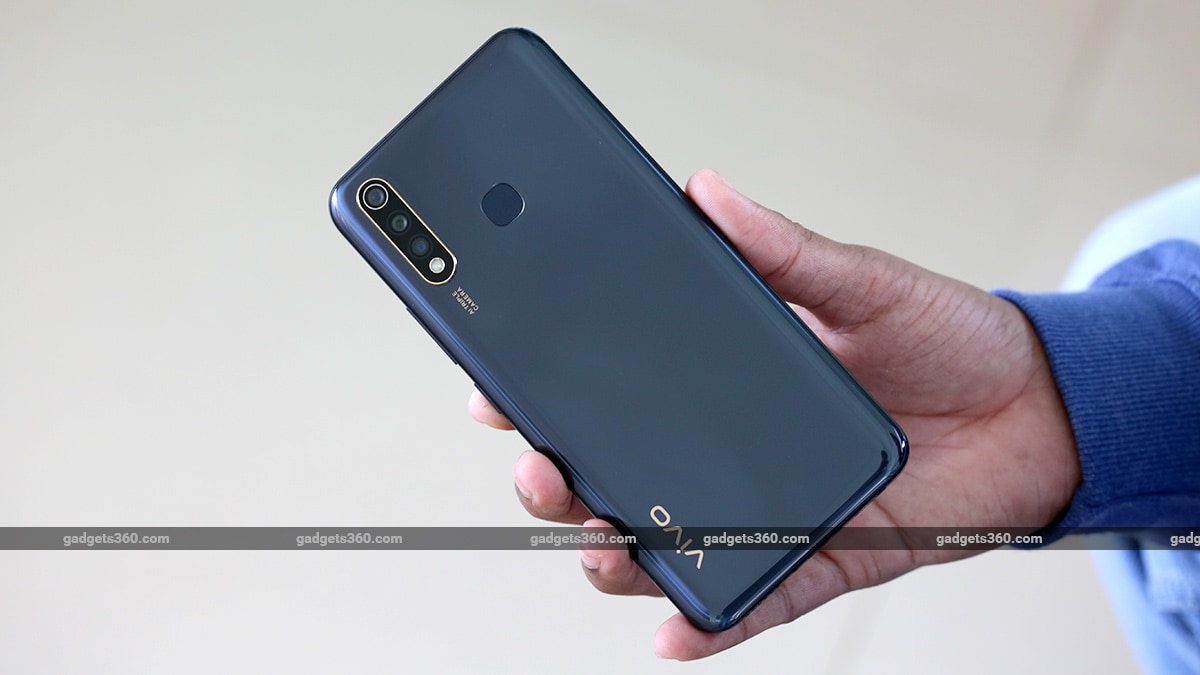 Vivo U20 Review: Vivo launched Vivo U10 smartphone in the Indian market in September to compete with Xiaomi and Realme. Like Redmi Note 8 and Realme 5, Qualcomm Snapdragon 665 processor has been used in Vivo U10. After Vivo U10, the company has launched Vivo U20 in the market. Powerful Snapdragon 675 processor has been used for speed and multitasking in Vivo U20. We have seen Vivo U20 by testing, so let us now provide you detailed information about Vivo U20.

when we have Vivo U10 When it came, we found that it was heavy and now the company’s new Vivo U20 is not much different. Its weight is 193 grams and thickness is 8.9 mm. The size of the display has increased, Vivo U20 has a 6.53-inch IPS LCD panel.

There are thin bezels on the edges, which Vivo claims comes with 90.3 percent screen-to-body ratio. We found the display to be quite bright in the outdoors and its viewing angles are also good. Remember that Vivo U10 had an HD + display, so there Vivo U20 It has a full-HD + panel.

The back panel of Vivo U20 is flat but the edges are curved, due to which the phone is easily held in the hand. This phone of Vivo brand has a plastic back panel and frame. The back panel comes with a glossy finish and fingerprints are easily found on it.

We found that the power and volume buttons were placed slightly above. Instead of USB Type-C in Vivo U20, the company has used Micro-USB port. There is also a 3.5mm headphone jack and loudspeaker along with a micro-USB port. Three rear cameras have been given in the back of the phone, let us tell you that the camera module is slightly embossed.

Vivo U20 specifications and software

The Vivo U20 also packs some impressive hardware as the smartphone is powered by the Qualcomm Snapdragon 675 processor. The same chipset was used by the Redmi Note 7 Pro launched earlier this year (review) has also happened. There was no problem of any kind even during games and multitasking in Vivo U20.

With this processor, Vivo U20 has 64 GB storage with 4 GB and 6 GB RAM. It is worth noting that Vivo has given UFS 2.1 storage. For the information of you people, let us tell you that with the help of microSD card it is possible to increase the storage up to 256 GB.

We have the Racing Black variant of Vivo U20 available for review. If you like the gradient finish then you might like the Blaze Blue color variant. For connectivity, Vivo U20 includes dual-band Wi-Fi, Bluetooth 5.0, four satellite navigation systems and FM radio.

Vivo U20 has a 5,000 mAh battery, 18 W dual-engine fast charger will be available in the retail box. Vivo U20 smartphone runs on Funtouch OS 9.2 based on Android Pie. This smartphone of Vivo brand has many bloatware.

The phone includes apps like EasyShare, Gamecenter, Gaana, Amazon, Helo, Dailyhunt, Opera, Facebook, WhatsApp, WPS Office. Let us know that some of these apps send spammy notifications. For quick toggle in FuntouchOS, you have to swipe up from the bottom of the screen.

Let us tell you that if you want, Vivo U20 users can also change the animation for UI theme, charging and face recognition. Vivo’s smart assistant will get built-in in Jovi smartphone. In Vivo U20, Google Digital Wellbeing as well as parental control feature will also be available.

Some smart features have also been provided in the smartphone such as raise-to-wake and apps can be opened by creating alphabet on the lock screen. Vivo has given a motorbike mode in the phone, if you are in motion then it will automatically send SMS to the caller by rejecting all your incoming calls. The Vivo U20 also comes with Ultra Game Mode which comes with features like off-screen autoplay, which means it allows the game to run even when the display is turned off.

Vivo U20 performance and battery life

Vivo U20 has managed to grab our attention with its aggressive pricing and powerful processor. The Snapdragon 675 processor was first launched with the Redmi Note 7 Pro and at that time it was the most powerful processor in the price segment of less than Rs 15,000. Now this chipset has also been given in Vivo U20.

The fingerprint sensor given in the back of Vivo U20 and the Face Unlock feature given in the smartphone unlocks the phone faster. The speaker of this smartphone of Vivo brand is also not very loud. We played PUBG Mobile on Vivo U20, with the game set to High preset by default while graphics HD and frame rate set to High.

We did not face any problem while playing the game on these settings and the game played well. After gaming for 20 minutes, Vivo U20 does get a bit hot. During this time we found that the battery consumption was 5 percent. The battery life of Vivo U20 is quite good and this smartphone can easily last for one and a half days on a single charge.

Uses included an active WhatsApp account, playing PUBG Mobile, taking some camera samples, using GPS for navigation, and the Vivo U20 still had 45 percent battery left at the end of the day. In our HD video loop test, the Vivo U20 smartphone gave support for 14 hours and 59 minutes.

It does not take much time to charge the 5,000 mAh battery given in the phone. The fast charger that comes with the phone can charge the phone up to 33 percent in half an hour and up to 67 percent in an hour. At the same time, Vivo U20 takes about two hours to fully charge.

Talking about the camera setup, there are three rear cameras in the back of the phone. 16-megapixel primary camera sensor with Sony IMX499 sensor, along with 8-megapixel super wide-angle sensor and 2-megapixel macro camera sensor has been given.

A 16-megapixel front camera has been given for selfie and video calling. The camera app is similar to what we have seen on other Vivo smartphones recently. This includes modes like Night, Portrait, Pano, Live Photo, Pro, AR Stickers and Time-Lapse.

There is a quick toggle for HDR and various filters can be applied before taking a shot. There are also separate buttons for wide-angle and super macro cameras in the camera app. Vivo U20 delivers perfect exposure by locking focus fast. HDR is automatically enabled when shooting in bright areas.

Photos taken with Vivo U20 were good but the details were not the best. A little grain is visible when the photo is zoomed. The wide-angle camera offers a wide field of view, as well as distortion at the edge, as well as the sensor could not capture details.

Close-up shots taken with Vivo U20 came out better, details were captured well in pictures taken with the smartphone. Not only this, the natural depth of field was also seen in the subject and background. Edge detection was good in portrait shots and Vivo U20 blurs the background properly but in this mode you do not get the option to set the level of blur.

Photos taken with the macro camera were good but their resolution is 2 megapixels. Camera performance is not good in low light. Photos taken with Vivo U20 lacked details, as well as grains were also visible. Photos came brighter when I switched to Night Mode.

The quality of selfie shots taken indoors was below average, zooming in gives a glimpse of grain in the photo. Video recording is 4K for the primary camera and 1080p for the selfie camera. We found that video stabilization was enabled when shooting during the day but the focusing speed could have been better.

Vivo created a stir by launching Vivo U10 in the price segment of less than Rs 10,000 and now the company has launched Vivo U20 in India. This new smartphone has been launched with powerful hardware and big battery with aggressive price.

This phone of Vivo brand is not a perfect all-rounder. If you are thinking of buying Vivo U20 for gaming then this can be a good option. You realme 5s And Redmi Note 8 can also consider.