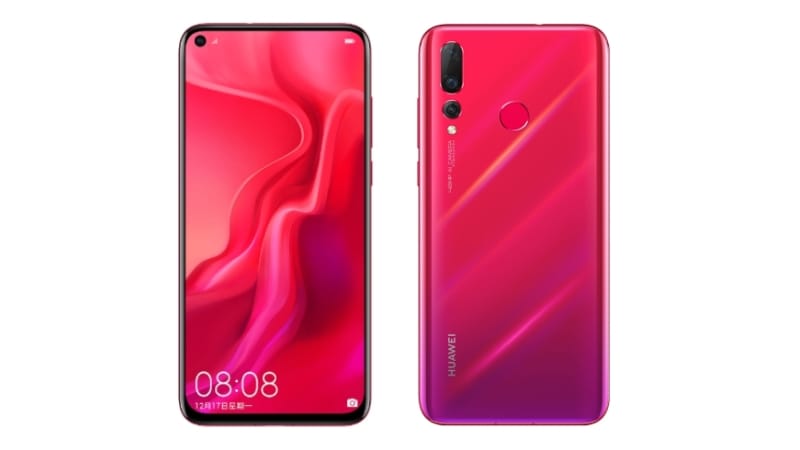 Industry sources say that the Honor View 20 will be launched in India. cost 40,000 can be around Rs. Pre-booking has started on Amazon India and the company’s official HiHonor Store. In the Chinese market, the price of Honor View 20 starts at 2,999 Chinese Yuan (about Rs 30,400). This price is of 6 GB RAM + 128 GB storage variant. This phone also has 8 GB RAM and 128 GB storage variants. It will be sold in the Chinese market for 3,499 Chinese Yuan (about Rs 35,500). This phone will be available in Charm Blue, Red and Midnight Black colors.

Motorola may also soon make this trend with holes in the display a part of its phone. some time ago Motorola P40 Key Graphics Images (Renders) Groove Had happened. The smartphone was seen with almost non-existent bezels and a display hole for the selfie camera. In such a situation, it is expected that the company can launch Motorola P40 this year.

This Huawei brand phone comes with a display hole for the front camera. To recall, Huawei Nova 4 was launched in the Chinese market last month. It is expected that this year the company can launch this handset in India or in the global market. Talking about the key features of Huawei Nova 4, there is a 48-megapixel primary sensor on the back of the phone.

The front panel of the Huawei Nova 4 has a hole in the display. It houses a 25-megapixel front camera with F/2.0 aperture. Inbuilt storage is 128 GB and there is no support for any microSD card. Connectivity features include 4G VoLTE, Wi-Fi 802.11 AC, Bluetooth 4.2, GPS / A-GPS, USB Type-C and 3.5mm headphone jack. Accelerometer, ambient light sensor, digital compass, gyroscope and proximity sensor are part of this phone. The phone has a fingerprint sensor on the rear panel. It will also support Face Unlock. The battery of Huawei Nova 4 is 3,750 mAh.

Some time ago information about Nokia 6 (2019) aka Nokia 6.2 Groove Had happened. The handset is claimed to launch by the end of January or early February. It is being said that the phone will be first launched in China. Some important specifications of the Nokia 6 (2019) were also leaked which revealed that it will have a 6.2-inch display and will come with the latest display hole design.

As per the leaked specifications, the smartphone will be powered by the Snapdragon 632 processor with 4GB and 6GB RAM options. This phone will have dual 16-megapixel rear cameras, that too with the branding of Zeiss. The phone will also support OZO Audio. These specifications indicate that the upgrade of the Nokia 6 (2018) will have a bigger display and a better processor.

Some of the highlights of the Samsung Galaxy S10, S10 Lite and Galaxy S10+ last month photos leaked Which was further indicating that all these three handsets can be launched with a hole design in the display. However, the company has not yet revealed the features and design of the smartphone. It is expected that the curtain from the design and specification will be lifted on the day of the launch event itself.

South Korean mobile maker Samsung’s flagship smartphone Galaxy S10 will be launched next month on February 20 during an event held in San Francisco. Along with Samsung Galaxy S10, Galaxy S10+, Galaxy S10 Lite (aka Galaxy S10 E) and Galaxy S10 variants with 5G support can also be launched. Last month, some pictures of the Samsung Galaxy S10, S10 Lite and Galaxy S10+ were leaked, which further indicated that all three handsets could be launched with a hole in the display design. However, the company has not yet revealed the features and design of the smartphone. It is expected that the curtain from the design and specification will be lifted on the day of the launch event itself.

Talking about the specification of Samsung Galaxy A8s, this handset with dual-SIM dual-standby runs on Android 8.1 Oreo. It has a 6.2-inch full-HD + (1080×2340 pixels) display. The aspect ratio is 19.5:9. Qualcomm Snapdragon 710 processor has been used in the smartphone. Adreno 616 GPU is integrated for graphics. There are two RAM options – 6 GB RAM and 8 GB RAM. Inbuilt storage is 128 GB.

The Galaxy A8s has a triple rear camera setup. It has a primary sensor of 24 megapixels with F / 1.7 aperture. The second is a 10-megapixel telephoto sensor with F / 2.4 aperture and the third sensor is of 5 megapixels. Its aperture is F / 2.2. The third sensor is for capturing more depth in pictures. On the front panel there is a 24-megapixel camera with F/2.0 aperture.

The battery of Samsung Galaxy A8s is 3400 mAh and it supports fast charging. Connectivity features include NFC and 3.5mm headphone jack. The thickness of the smartphone is 7.4 mm. Samsung Galaxy A8s will come with rear fingerprint sensor.