These Nokia smartphones can be launched at MWC 2018 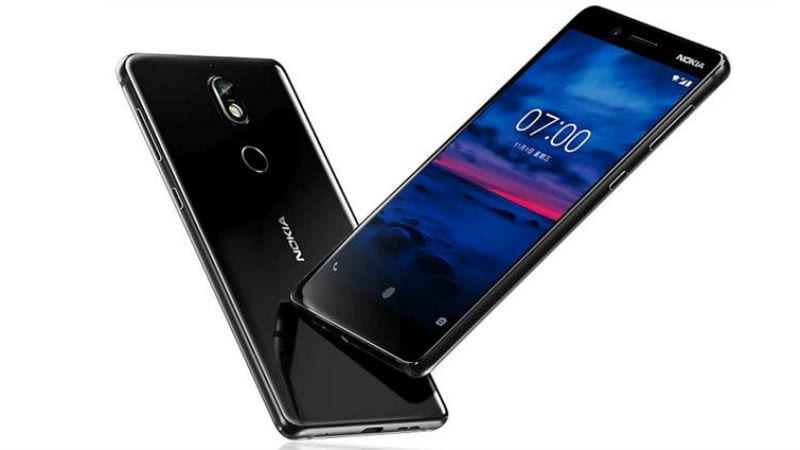 Finland-based HMD Global, the maker of Nokia-branded smartphones, is gearing up for MWC 2018, the ‘Mahakumbh’ of the world of technology. Nokia’s event is scheduled for February 25 at 8:30 pm (Indian time). People’s Nokia 9nokia 8 pro, nokia 7 plus And eagerly waiting for the launch of handsets like Nokia 4. Some of these phones may be launched during MWC 2018 and some later. Which smartphones of Nokia brand can be unveiled during MWC 2018, take a look at this …

Nokia 9 specifications and designs have been leaking for a long time. Recently, the design of the phone was leaked along with the protective cover of this handset. This cover produced by Todia had revealed that the phone could have a curved edge to H screen. Vertical dual camera was seen in the back of Nokia 9. It was also said to have a fingerprint scanner and LED flash. However, till now the leaked information did not show any design related to the front of the phone. In this context, it is difficult to say whether a dual camera will be given in the phone for selfie or not. In recent reports, this phone has been shown to be equipped with Qualcomm Snapdragon 835 processor. It could have 128GB of inbuilt storage, 5.5-inch OLED display, and a 3,250mAh battery. It has also been said that the phone will support fast charging technology. The smartphone is expected to run on Android 8.0 out of the box.

A report by NokiaPowerUser mentions that HMD Global is preparing a new flagship phone called the Nokia 8 Pro. The report states that the handset will be equipped with Qualcomm Snapdragon 845 processor. In a leaked detail, it has been revealed that the phone could have 5 cameras, including a Zeiss built-in rotating zoom camera. Apart from this, the phone can also have a fingerprint scanner. It was revealed in early February that the handset has been named ‘Nokia 8 Sirocco’. it nokia 8 The year 2018 will be the premium variant. However, NPU says that the handset will be sold under the name Nokia 8 Pro.

Going to the old report, the handset will have a 5.5-inch OLED display, which is manufactured by LG. Also, the phone is said to be equipped with Qualcomm Snapdragon 835 processor. The phone will probably have dual cameras of 12-13 megapixels. The battery is expected to be of 3,250 mAh capacity. The phone will also support fast charging.

MWC 2018 is starting next week. Just before this a picture has been leaked, which is being called Nokia 7 Plus. This phone can be equipped with an 18: 9 aspect ratio display. Well-known tipster Evan Blass has also released a picture related to the Nokia 7 Plus. In this, a lot is being speculated about the design of the phone.

The name of Nokia 4 is also in the news for MWC 2018. When the information of the 7 Plus was leaked through the Nokia Camera app, then the talk of the Nokia 4 was also revealed. A report by NokiaPowerUser had revealed that the upgraded version of the Nokia 3 will be powered by the Snapdragon 450 processor. This handset can be a better phone between Nokia 1 and 7.

Let us tell you that we have made this list on the basis of old and new leaked information. The launch of any of these phones has not been officially announced by HMD Global. Apart from Nokia, smartphones from companies like Samsung, Xiaomi, Sony and Asus can also be launched during MWC 2018.