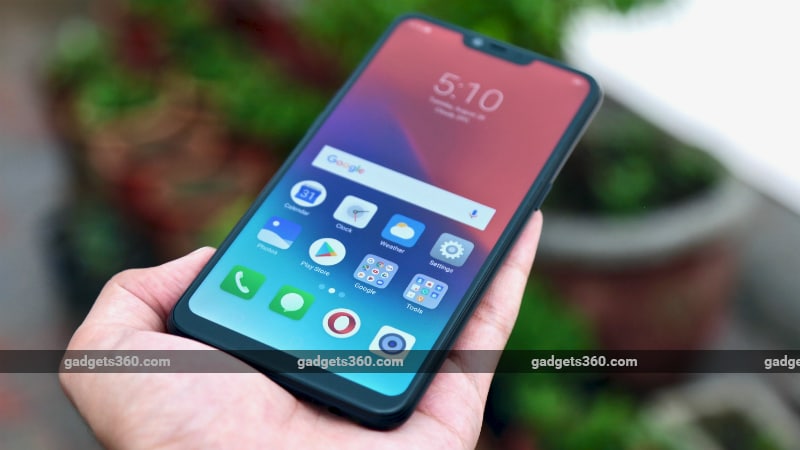 Although many smartphones were launched in the year 2018, but this year the handset with waterdrop display notch dominated the Indian market. If you are planning to buy a new phone before the end of the year but are confused due to having many mobile phones, then today we will tell you through our article which are the 5 best smartphones that will give you Rs 10,000 budget. I will easily get it.

Oppo’s sub-brand Realme launched the Realme 2 smartphone in August 2018. launch did. This smartphone of the company is an upgrade version of Realme 1. Talking about the key features of Reality 2, this phone comes with Face Unlock feature, 4,230 mAh battery, Dual 4G VoLTE and up to 4 GB of RAM. Now talk about the price of Realme 2. Realme 2 was launched in the Indian market for Rs 8,990. But in November the price of the smartphone increase it was done. Now the 3 GB RAM and 32 GB storage variant of Reality 2 is sold for Rs 9,499. This phone is sold on Flipkart in India. It is available in Diamond Black, Diamond Blue and Diamond Red colours.

During the review, we found that the battery life, unique design, microSD card slot and build quality of Realme 2 are excellent. The performance of the phone, the display is fine, while the camera provides average quality in the picture. The fingerprint sensor on the back panel works at a slow speed. If you are looking for a smartphone in this budget range, then the cheaper variants of Xiaomi Redmi 5 (Review) and Xiaomi Redmi Note 5 are a better option. As soon as the launch of Realme 2, the cheapest variant of Realme 1 was discontinued. Let us know that the price of this variant of Reality 1 was Rs 8,990. If you can stretch your budget a bit, then we would recommend you to buy the cheaper variant of Asus ZenFone Max Pro M1. Apart from this, if you want, you can buy 4 GB / 64 GB variants of Realme 1. The price of this handset is Rs 10,990. This variant comes with a more powerful and higher resolution display than the Realme 2.

Talking about the camera setup, the Realme 2 has a horizontal dual rear camera setup on the back. The primary sensor is 13 megapixels, which has an aperture F / 2.2. A 2 megapixel sensor with F / 2.4 aperture has been given for Jugalbandi. An 8-megapixel sensor with F / 2.2 aperture has been given on the front panel. Connectivity features include 4G VoLTE, Wi-Fi, Bluetooth 4.2, GPS / A-GPS, GLONASS, Micro-USB and 3.5mm headphone jack. 4,230 mAh battery has been given in the smartphone. Reality 2 comes with Accelerometer, Ambient Light Sensor, Face Unlock Sensor, Fingerprint Sensor and Proximity Sensor. The dimensions of the phone are 156.2×75.6×8.2mm and weighing 168 grams.

Chinese mobile manufacturer Xiaomi launched three Redmi 6 series smartphones in India in September. launch had done. Redmi 6, Redmi 6 Pro and Redmi 6A were launched together under the Redmi 6 series. Now let’s talk about some key features of Redmi 6. Redmi 6 will get 18: 9 display, two rear cameras. For speed and better performance, this smartphone will run on MediaTek octa-core Helio P22 processor.

Now talk about the price of Xiaomi Redmi 6. Redmi 6 was launched in the Indian market with a starting price of Rs 7,999. This is the price of the variant with 3 GB RAM and 32 GB storage. After the launch, the price of Redmi 6 in November by Rs 500 increase was done. Now this variant is sold for Rs 8,499. The company Redmi 6’s 3 GB RAM and 64 GB storage variant was launched for Rs 9,499, but currently this variant is available for sale on Flipkart for Rs 8,999. During the review of Redmi 6, we found that the hardware of the phone is good at this price and it provides better performance. Buying its 3 GB and 32 GB storage variants can be a profitable deal.

Now let’s talk about the specification of Redmi 6. Redmi 6 has a 5.45-inch HD + (720×1440 pixels) display with 18: 9 aspect ratio. Its screen to body ratio is 80.7 percent. The 2 GHz octa-core Helio P22 processor has been used in the phone. 3 GB RAM has been given. Now let’s talk about camera setup. Xiaomi Redmi 6 has two cameras on the back. The primary sensor is of 12 megapixels and the secondary sensor is of 5 megapixels. Both the cameras come with 1.25 micron pixels and AI capability. It has a 5 megapixel selfie sensor. There are two options for inbuilt storage – 32 GB / 64 GB. MicroSD card support is available for both the variants. Connectivity features include 4G LTE, Bluetooth 5.0, Wi-Fi, GPS/ A-GPS, 3.5mm headphone jack and Micro-USB.

Huawei’s sub-brand Honor launched its new budget smartphone Honor 7C in the Indian market in May 2018. launch did. Talking about the key features of Honor 7C, the phone has an HD + display with 18: 9 aspect ratio. Apart from this, users will also be able to enjoy the Face Unlock feature and the fingerprint sensor is present on the back for security. Apart from this, with the front and rear cameras of Honor 7C, users will be able to take pictures in portrait mode. Now talk about the price of Honor 7C. Its 3 GB RAM and 32 GB storage was launched for Rs 9,999. But in the month of August, the price of 3 GB RAM variant of Honor 7C was increased by Rs. deduction was done.

Honor 7C review During this, we found that the look of the phone is sleek, the build quality is good, and many useful features are also available. Battery life is good and the display has to be praised as well. But EMUI is slow and given many unwanted apps. Front and rear camera performance is very average. If you are thinking of buying this phone, then you can also consider Realme 1, which does not have a fingerprint sensor but is much better in other aspects. At the same time, Redmi Note 5 is more value for money phone. The Honor 7C is priced close to the Honor 9 Lite, with a higher resolution display, better cameras and a sleeker glass body.

Talking about camera setup, two rear cameras have been given in Honor 7C. The primary sensor on the back is 13 megapixels and the secondary sensor is 2 megapixels. An 8-megapixel front camera has been given for selfie and video calling. Selfie camera is fixed focus and its aperture is new / 2.0. The storage of both the variants of Honor 7C can be increased with microSD card. The battery is of 3000 mAh.

in Indian market Asus Zenfone Max M2 The starting price of Rs 9,999. If the price is of 3 GB RAM / 32 GB inbuilt storage variant. The handset is available on Flipkart in Blue and Black colors. Talking about the key features of the smartphone, the smartphone comes with a large display equipped with a notch, dual rear camera setup and a big battery. During the review, we found that the battery life of Asus ZenFone Max M2 is good. Users will be able to enjoy gaming and watching videos on the big screen.

Accelerometer, ambient light sensor, digital compass, gyroscope and proximity sensor are part of the Asus ZenFone Max M2. There is also a fingerprint sensor on the rear panel of this phone. The battery of Asus ZenFone Max M2 is 4,000 mAh. Its dimensions are 158.41×76.28×7.7mm and weighing 160 grams.

Handset maker Infinix launched Infinix Note 5, a smartphone with full HD + full view display and 16 megapixel selfie camera, in August. launch did. Talking about the key features of Infinix Note 5, it is an Android One smartphone that will give the stock Android experience, along with you will get the latest updates from time to time. Infinix is ​​offering Artificial Intelligence Auto Scene Detection and Artificial Intelligence Power Management in the smartphone to woo the customers.

Now let’s talk about the price of Infinix Note 5. Its 3 GB RAM and 32 GB storage variant is available for sale in the Indian market for Rs 7,999 and its 4 GB RAM variant for Rs 9,999. During the review, we found that the Note 5 has a high-quality display. The battery life of the phone is also very good and its quick charger is capable of fast charging the phone. Camera performance is average.

Now let’s talk about the specification of Infinix Note 5. Dual SIM Infinix Note 5 will run on Android 8.1 Oreo. This is an Android One smartphone, so it is expected that soon it will get the Android Pie update. Infinix Note 5 will get a 5.99-inch Full HD + Full View display with a resolution of 1080×2160 pixels. Its aspect ratio is 18: 9. The screen-to-body ratio is 85 percent. The body of the phone will be of glass and 2.5D curved glass protection is also present on the display. The phone has ARM Mali-G71 GPU with MediaTek Helio P23 processor. This smartphone will come with 3 GB and 4 GB RAM options.

Infinix Note 5 has two storage variants of 32 GB and 64 GB, with the help of microSD card, the storage can be increased to 128 GB. For connectivity, 4G VoLTE, WiFi, Bluetooth version 4.2, GPS / A-GPS, Micro-USB, FM radio and 3.5mm headphone jack will be available. Fingerprint sensor will be available on the back panel. For power backup, there will be a 4,500 mAh battery equipped with artificial intelligence power management, which will support 18W X for fast charging. The length and width of the Infinix Note 5 are as follows – 158.25×75.25×8.65mm and its weight is 175 grams.