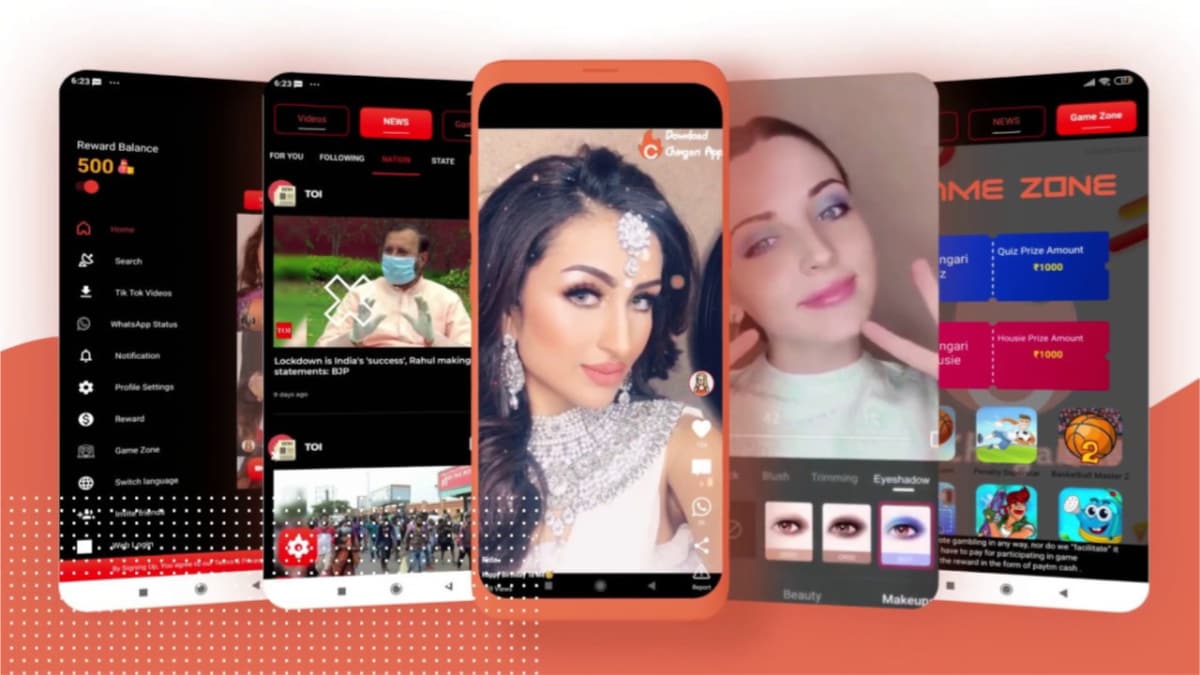 Chingari app is gaining popularity very fast in the recent few days and especially after the TikTok ban in India. Now a new information has surfaced, where it has been claimed that the website of Spark app maker Globussoft is infected with malware. This claim has been made by famous French security researcher Robert Baptiste, who runs an account on Twitter under the name of Elliot Alderson. Posting on Twitter, Baptiste said: (Translated) “The website of Globussoft, the developer of the Chingari app, which is said to be an Indian alternative to TikTok, has been compromised.” He said that all the pages in the site contained a malware script that took users to several different website pages. At the time of writing this report, the team at Chingari had not responded to a request for comment.

However, on Twitter, Chingari co-founder Sumit Ghosh said Post done: (Translated) “Thank you for letting me know the issue of wp, spark was introduced under Globusoft and created by us, spark app/website and our users’ security is not compromised in any way It is securely stored on dedicated and secure AWS. We will fix the WP issue soon.” he adds “The Globussoft website and the Chingari app have very different security/engineering teams and are completely unrelated. Spark will soon be an independent company.”

of the baptist Post As of now, a drop script has been inserted to redirect users to the site and it has a Report Contains where the redirect goes. Responding to Baptiste, another Twitter user (CitizenK, whose bio says he is a UI developer) said: wrote It is reported that BitDefender found cryptojacking malware on Globussoft’s website. In addition, using site checks from website security service Sucuri, they found that the website contained several malware. Gadgets 360 did its own investigation and after testing several websites including Spark’s website, found that the warning came only on the Globussoft site.

It should be noted that the presence of this malware does not point to any issues in the spark app, although Baptiste wrote in its last post on the subject that ‘it raises questions’.

The Chingari app was released on Google Play and App Store and till last week it was released. Downloaded over 25 million times had been done. This free app bears a lot of resemblance to TikTok, but reviews on Google Play described the app as slow as well as problems with only showing certain videos and crashing from time to time. It seems that it is getting a lot of support because the app is made in India. A review on Google Play said, (translated) “Downloaded to promote Indian developers, but it has a long way to go in mainstreaming compared to TikTok.”