The style of voice message will change, WhatsApp is bringing these special features 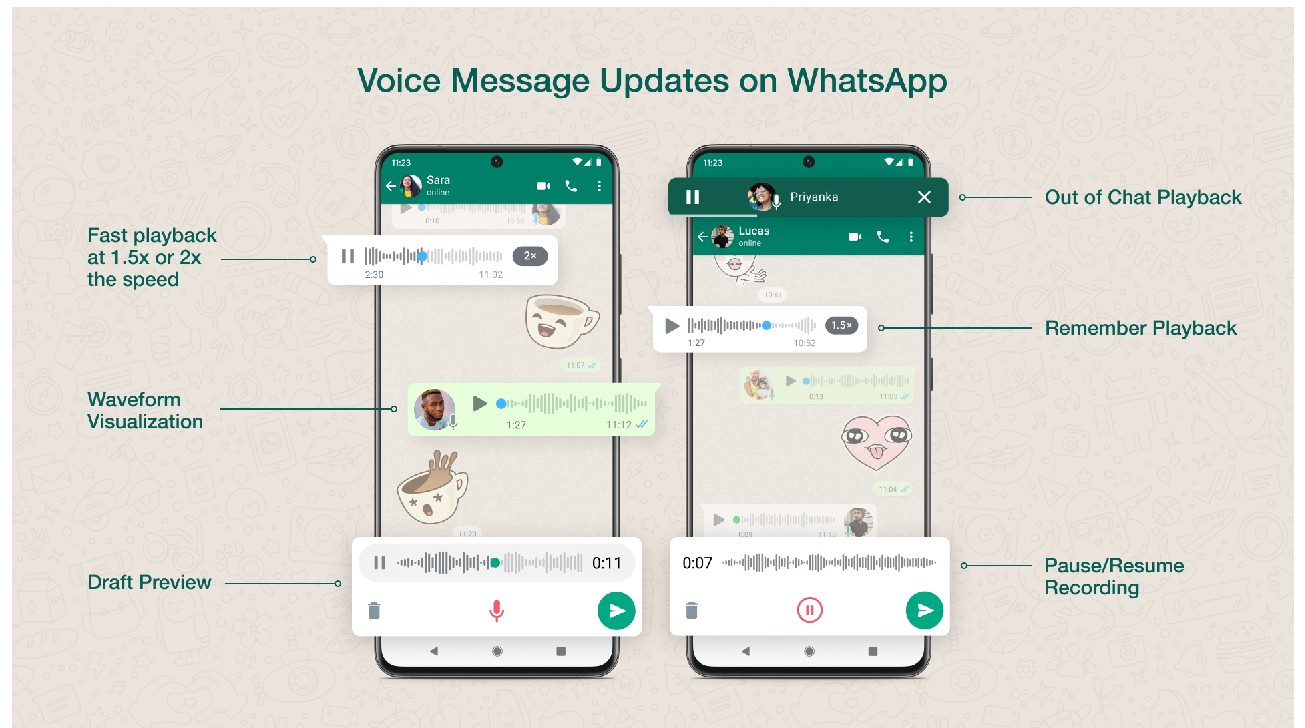 The popular messaging app WhatsApp keeps on introducing new features to its users. This time it is bringing new features in Voice Messages, using which people’s experience will change completely. Recently, it was revealed that Android beta testers of WhatsApp have got the ability to pause and resume voice messages while recording it. Now WhatsApp itself has announced this. It has been told that along with Android, iOS users will also be able to pause and resume voice messages. Not only this, the voice recording can be drafted before it is sent and can be played outside the chat as well. Apart from this, users will be able to play voice messages 1.5 or 2 times faster than the regular speed. These updates will be available in the next few weeks.

Our blog post WhatsApp said in 2013, when we first introduced voice messaging in 2013, we knew it could change the way people communicate. Keeping the design simple, we’ve made recording and sending voice messages as fast and easy as writing text. According to WhatsApp, its users worldwide send an average of 7 billion voice messages.

Your favorite way to chat just got better. With voice messages, you can now:

, Listen while responding to other chats because when Mom needs an answer, you answer!

These features are coming on WhatsApp