The knock of regional languages ​​in the world of e-commerce 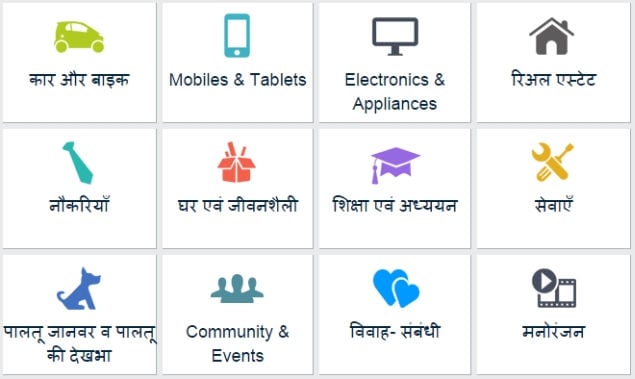 The online world is not dominated by regional language content. By the way, some media companies have started investing in this area and are also trying hard to make their entry. Although online video content in the native language is quite popular, perhaps this is the reason why the social media website Facebook has also started supporting Hindi.

By the way, some media reports last year claimed that Flipkart, Snapdeal and Jabong would soon launch the site in regional languages. But in today’s date the reality is that only Snapdeal was successful in this direction.

In November last year, MakeMyTrip also launched a Hindi website for its customers. As of today, the company is in a position to provide support in regional languages ​​other than Hindi despite many difficulties.

Pranav Bhasin, Head of Mobile Products, MakeMyTrip, said that the website in regional languages ​​is a strategic move of the company. He said, “Flight booking in Hindi was just the beginning. We are going to start railway booking in many languages ​​in the coming days. Which includes Hindi, Tamil, Telugu, Gujarati and Malayalam.

About 6 months after the launch of the Hindi site, the company says that this project has not been that easy either. Bhasin said, “When the project started, the concept was very simple. We have all the technology available. We just need to change the text. But we realized later that it is extremely difficult to translate correctly. And this market is completely different and so are the customers.” According to Bhasin, payment of money has been a problem at times. To overcome this, MakeMyTrip is studying the pros and cons of cash on delivery for railway tickets.

About a year has passed since Snapdeal launched the Hindi website. The company claims that they have received positive feedback from the customers. The company’s Senior Vice President (Product Development) Amit Khanna believes that customers give more preference to their regional language than English.

He said, “In the Indian scenario, people prefer to study in the regional language.” However, he also gave important information that after starting work in Hindi, the company has not joined new customers, but it is providing better facilities to the old ones. is doing

Let us tell you that as far as the payment of money is concerned, the pages of the bank are in English. On this, Amit Khanna says that this is not a cause for concern, the format of these pages is very standard and most of the customers are already aware about it. If you understand a little bit of English then you can easily work on this page.

E-commerce needs real time translation
E commerce companies depend on third parties for Hindi content. Travel sites like MakeMyTrip have to rely on their partners for information. Therefore, sometimes a situation arises when the company does not get Hindi content. Media companies get the content translated according to their needs, but the main requirement of the e-commerce company is live translation.

Snapdeal pointed out that in the early stages, the standard solutions for translation were very few. However, according to the needs, the company developed the technology.

MakeMyTrip also had to deal with this problem. As a result, the company developed its own translation technology. This technology is constantly being improved through the feedback and behavior of the users. Apart from this, flat translation was also not in the interest of the customers. Therefore, the company gave more preference to colloquial language and Hinglish words.

Wasn’t it too early?
By the way, experts believe that such a huge investment for such a small customer base does not seem like a sensible deal. That too knowing that the situation is going to remain the same in the coming days as well.

Amit Khanna said, “In the coming days also the demand for Indian languages ​​will not reach at par with English.” But he does not think that Snapdeal did not invest in Hindi field ahead of time. According to him, the content was available in the market for a long time and the company wanted to see its results by investing in this direction.

Pranav Bhasin of MakeMyTrip thinks the same. He believes that there is still a lot of time left for regional languages ​​to dominate the internet. Right now, there is a good trend towards Hindi among the customers of Tier 2 and Tier 3 cities. And the most important thing is that the company has not invested in the marketing of this product. He expects that the company will get more customers from these cities as soon as the 4G network comes.