The Deepak Chahar journey: from pillion rides on bike to most expensive Indian bowler at an IPL auction 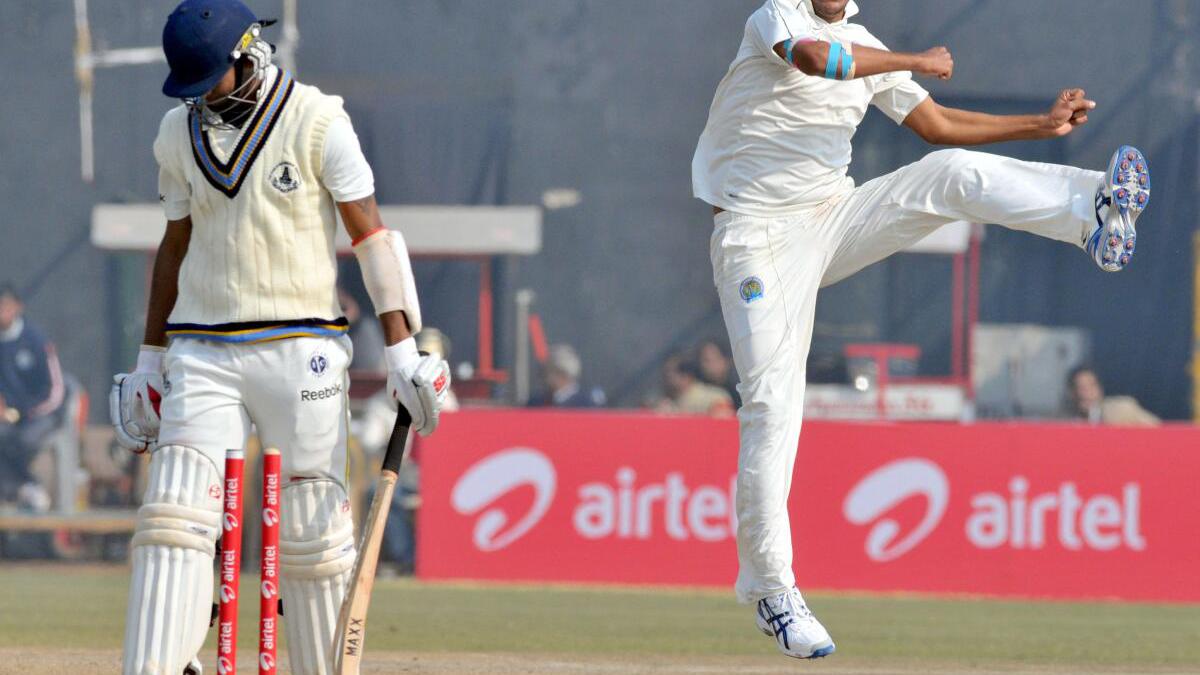 For Deepak Chahar, the journey to be recognised for his hard work has come due to unstinting support from his father, Lokendrasingh Chahar, and coach, Navendu Tyagi, who was the first to notice the 12-year-old’s passion to bowl fast.

“He was so enthusiastic. So was his father. Chahar’s discipline was a result of his father’s association with the Indian Air Force. My approach to coaching was more holistic, but his father was a great influence on him,” said Tyagi, the current coach of Rajasthan.

Travelling pillion on his father’s bike daily, 110 km to and from Suratgarh to Hanumnagarh, Chahar’s cricket grooming was demanding. But he had made up his mind to play for India. On his first day of first-class cricket, November 1, 2010, he ran through the Hyderabad innings with a sensational spell of 7.3-2-10-8.

Speaking to this reporter on his debut performance, Chahar, who had also picked lessons from coach Tarak Sinha and wily medium-pacer Manoj Prabhakar, had said, “I remembered Tarak sir telling me to stick to line and length. And I followed his instructions. The first wicket was the boost I needed, a good out-swinger that kissed the edge and went to the wicketkeeper.” Later, three of his wickets came from in-swingers, an art he picked up from Prabhakar. “I know what judicious use of variation means,” Chahar had observed.

Chahar was 15 when, on the recommendation of bowling expert Eric Simmons, he travelled to England with the Rajasthan team. A year later, he did not fit in the 20 that Australian great Greg Chappell had shortlisted for the Rajasthan Cricket Academy. Chahar was heartbroken and was told to work on his speed and fitness. “Deep down, Deepak was shattered but not his father,” recalled Tyagi.

Keeping in mind what Chappell had suggested, Chahar worked on his fitness. “I was not keen that he just worked on his speed. The swing that he managed was his strength. I did not put him through any gym work. We would have training and fitness camps at Rishikesh and that is where he developed. “The ability to swing the ball was in-born and he was soon enjoying his bowling. He kept the mobile phone away, went to sleep at 9 and woke up to resume with a fierce intensity,” recalled Tyagi, who is also a skills, strength and yoga instructor.

In order to focus on his son’s cricket, the senior Chahar gave up his job at the IAF. It was a crucial decision that also meant the family had to endure financial hardships. Chahar was not established, but there was hope. In the process, there was desperation when he changed his action a couple of times before returning to the original style, where he relied on swing and not speed. Tyagi had also realised that Chahar needed to improve his batting. So, the evening sessions were devoted to batting in the nets under floodlights after the family had settled in Agra. “He batted more than regular batsmen,” said Tyagi.

On the first day of his Ranji Trophy, he had expressed his desire to play the Indian Premier League (IPL). He made his IPL debut six years later for Rising Pune Supergiants and laughed his way to the bank in the recent mega auction with a purse of Rs 14 crore. Has Deepak Chahar’s purple patch at the international level begun with experts firm on keeping him in the scheme of things for the ICC World T20 Cup in Australia at the end of this year?

Chahar will represent the Chennai Super Kings for a fifth season in a row, having been bought by the franchise before IPL 2018 for Rs 80 lakh. Those pillion rides on his father’s bike in pursuit of his cricket dreams keep reminding Deepak Chahar that it is just the beginning. His father and coach also work tirelessly to ensure that he stays grounded. Cricket stays the priority.