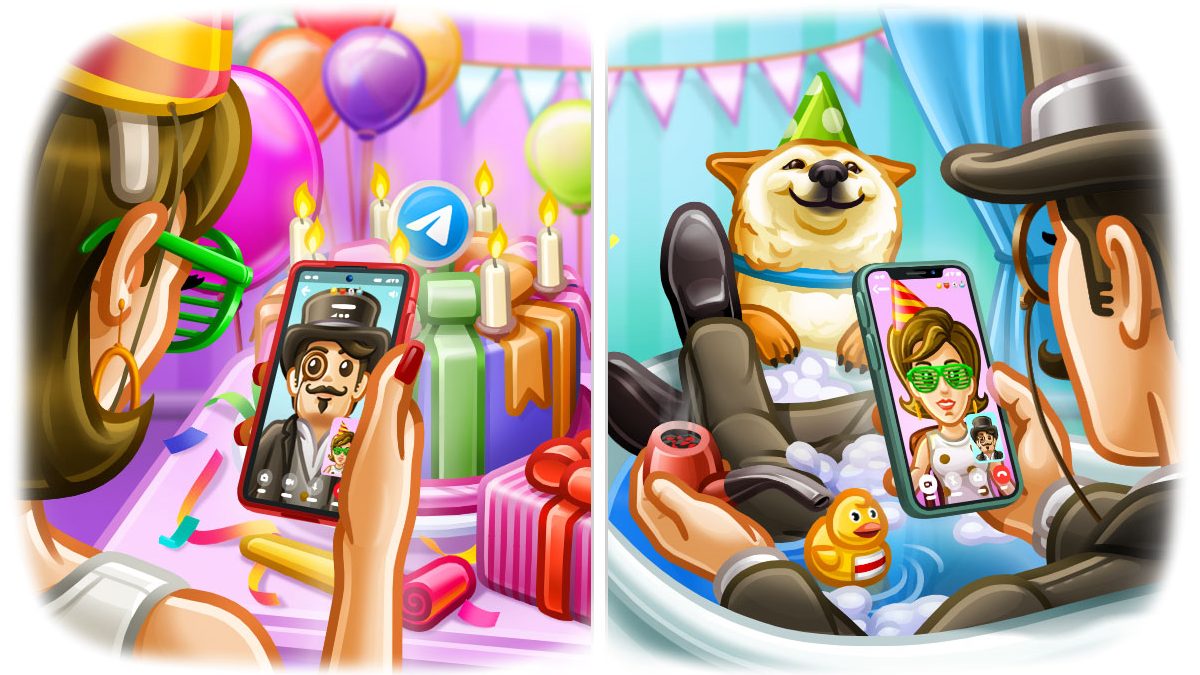 Telegram’s own blog Post The video calling feature comes with support for picture-in-picture mode, which means users can scroll through Telegram chats during a video call as well as do other things. Users can also switch-off a video call and convert it to a normal call whenever they want.

To make a Telegram video call, users have to go to the contact profile of the person they want to video call. Now in their profile you will see a call button, by clicking on this button you can easily start a video call. end-to-end encryption Confirmation To do this, the user has to see whether the emoji shown on their screen is matching with the emoji shown on their friend’s screen. According to Telegram, if the emoji are matching, then your call is completely secure.

Additionally, Telegram has introduced a larger animated version of the emoji used in chats to mark its 7th anniversary.

In its blog post, Telegram said that this small app started in the year 2013 as a secure messaging, but now the platform has grown into a platform that is used by more than 400 million users and Now it is one of the top 10 most downloaded apps. However, now after introducing the video calling feature, Telegram has come closer to the rivals like WhatsApp and Viber and soon its group video calling feature will also be introduced.

It is worth noting that Telegram had indicated in April that the Secure Video Call feature would soon be introduced in the app, according to a report, this feature was rolled out in beta mode a few days ago.