Soon you will be able to make WhatsApp voice or video calls from laptop! 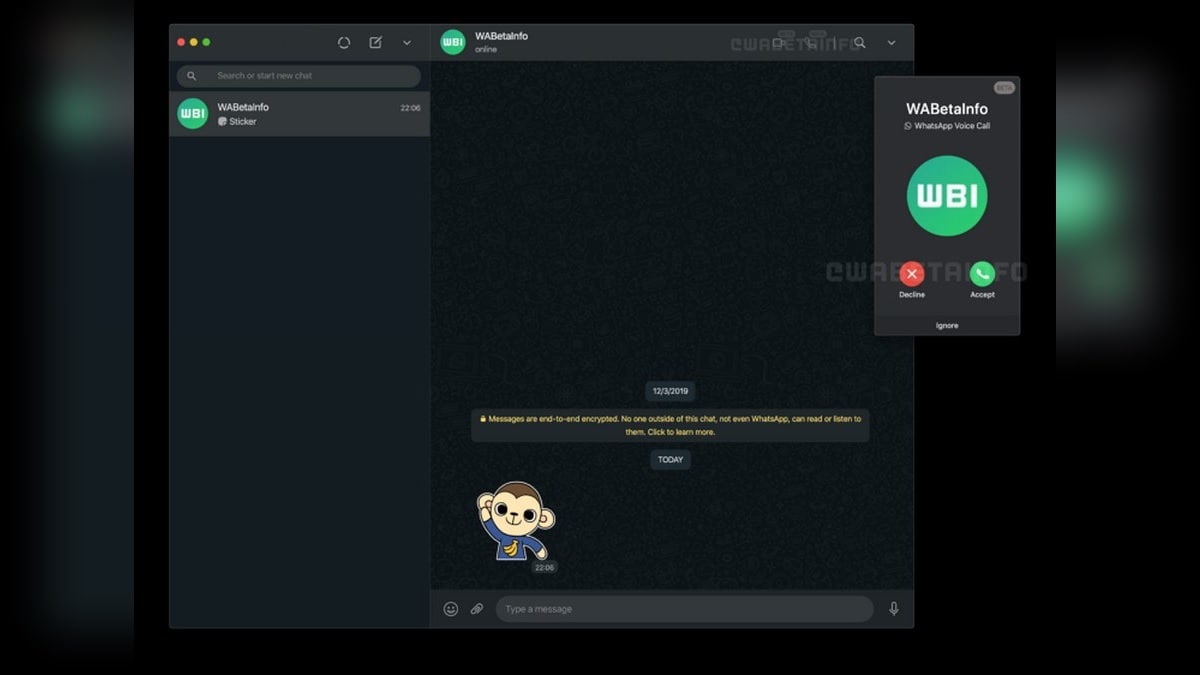 WhatsApp is going to bring voice and video call support on its web version soon, which the company is currently working on. This information has come out in the latest report. This feature is reportedly found in the most recent update version 2.2043.7 released for the web client. This feature is currently in beta, indicating that the company is testing this feature before releasing it to the public. WhatsApp video and voice call support is already available on the Android and iOS apps and it seems that the feature will soon be rolled out on the desktop/web client as well.

WhatsApp feature tracker WABetaInfo has announced its Report It has been informed that video and voice call support has been integrated in the latest update version 2.2043.7 for the web / desktop client of the messaging app. Although this feature is currently available only in the beta version, WABetaInfo has tested this feature and shared its screenshots.

It can be seen in the shared screenshot that when you receive a call using WhatsApp Web on your desktop, a pop-up window opens showing the option to pick up or cut the call. Apart from these two, there is also an option of ‘Ignore’. At the same time, while making a call, a small window opens, in which options like starting the video, mute and decline are available.

The report also states that group video call and voice call support is also present in this update. However, this feature is not currently available for testing and will be added soon for web/desktop clients.

The support for video and voice calls will make things even more intuitive, as users will get to make calls and video calls between work on their desktops and laptops. They will not need to switch from desktop or laptop to phone to make calls. As everyone knows, messaging support is already there on WhatsApp web, while now the feature of voice calls and video calls will make it even more useful.

It is worth noting that at present, Facebook’s parent company Facebook has not shared any information about this feature nor has it been told when it will be made available to the public. However, this feature is present in the latest beta update, so it can be expected that it will be introduced soon.