Solid feature of WhatsApp! Soon users will be able to send files up to 2GB in size 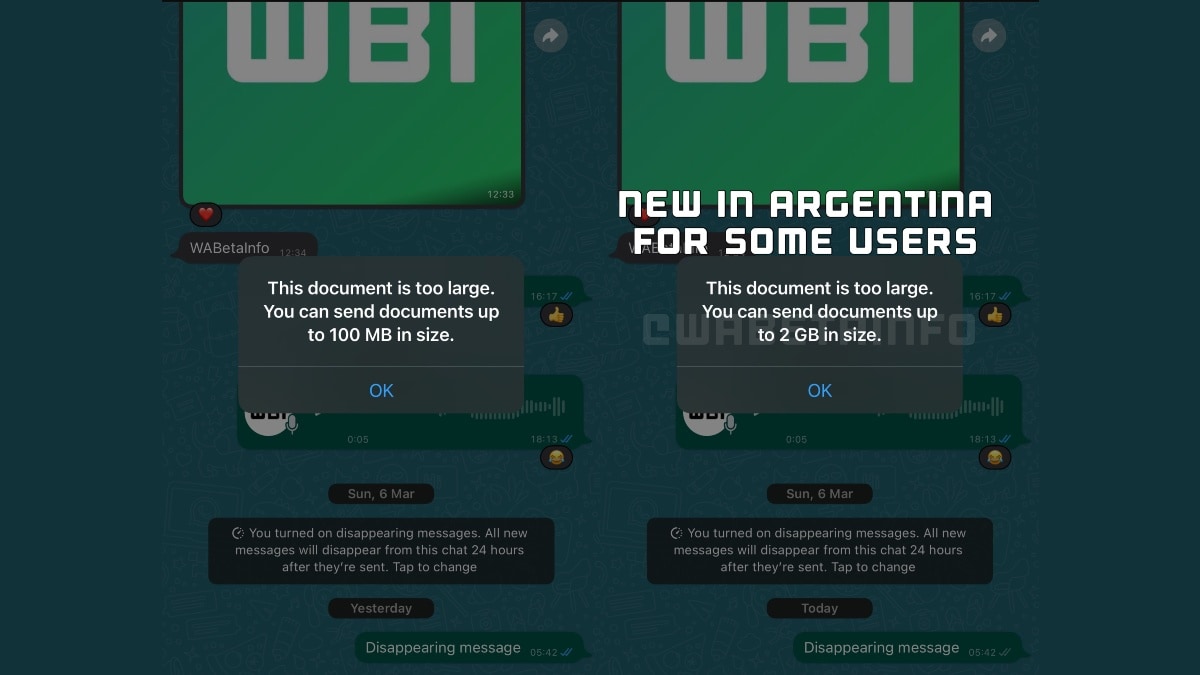 Will more large files be sent through WhatsApp in the coming days? If reports are to be believed, WhatsApp is testing a feature with some of its beta users. Through this, he can send large media files of 2GB size. According to the report, the ability to send large files is being tested for iOS as well as Android users. Currently, users can only send files up to 100MB in size. Recently it was also reported that Android beta users of WhatsApp have got the ability to pause and resume voice message recordings.

WABetainfo, which tracked the updates related to WhatsApp before the rollout, Told It is reported that some beta users of WhatsApp in Argentina are getting the ability to share media files up to 2GB in size. The report also said that WhatsApp beta versions 2.22.8.5, 2.22.8.6 and 2.22.8.7 on Android and 22.7.0.76 beta versions on iOS have been marked as this update. Since only testing is going on right now, it is likely that WhatsApp is not going to roll out this feature for users yet.

If WhatsApp launches this feature for all its users, then it will prove to be great for those people who want to send large size files. As the camera resolution of smartphones is improving, the size of media files is increasing. This has made it difficult for users to share files. The new feature of WhatsApp can be great for those users who want to send large size files. Very soon their dependence on other software will end.

However, it is not yet clear whether WhatsApp users will be able to share pictures in full resolution.

WhatsApp usually compresses media files when sent from the app. It prevents users from sending images and documents in the original quality. There are also reports that WhatsApp is testing another feature, in which documents can be previewed while sending them. Recently beta testers of Android also got the ability to pause and resume while recording voice messages.