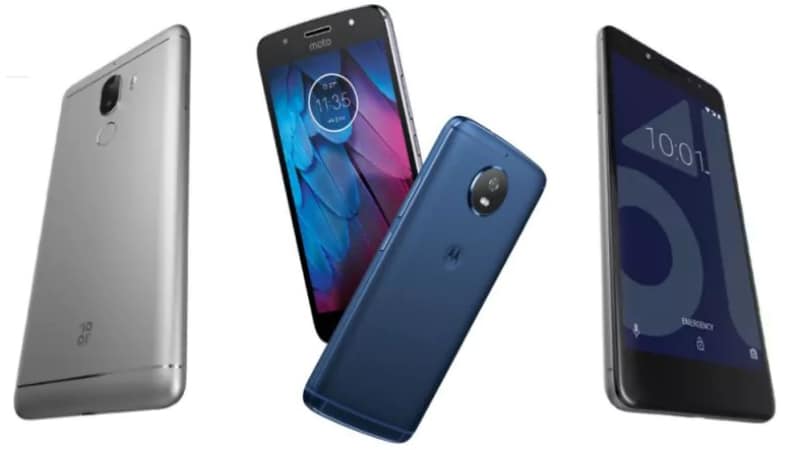 As the desire for ‘better features at a lower price’ has increased, companies have started focusing on the design, display as well as other hardware features of the smartphone. Today, in the Indian market, smartphones are being bought on the basis of specification, features and price. Users are deciding RAM, camera quality, storage and budget before buying a smartphone.

Users whose preferences, heavy use of the phone, playing games, etc., require more RAM. For those who want to use the phone only for calling or sporadic internet, less RAM also works for them. Companies have started giving more RAM in the budget to keep themselves ahead in the competition. Most of the companies are launching the same model in two or three RAM options. For example, 2 GB RAM, 3 GB RAM and 4 GB RAM. RAM as well as storage options differ. 32 GB, 64 GB and 128 GB.

The need for more RAM in budget phones has been cashed in by brands like Motorola, Panasonic, Coolpad, who are offering users 4GB RAM in the budget range along with many other features. The increased RAM cannot be considered a ‘panacea’ but 4 GB RAM gives you convenience during heavy use of the phone. The phone does not get stuck much and multi-tasking becomes easy. Today talk about 4 GB RAM smartphones, which are priced under Rs 10,000 or so:

the company 10.or G was introduced in India in two new RAM and storage based variants. At the time of launch, the price of 3 GB RAM + 32 GB storage variant of this phone was Rs 10,999. While the price of 4 GB RAM + 64 GB storage variant was kept at Rs 12,999. but now Amazon India But the 4 GB RAM variant can be purchased for Rs 9,999. The most important feature of the 10.or G is its dual camera setup, in which two 13-megapixel sensors have been given with dual LED flash. On the front side of the phone is a 16-megapixel camera that comes with flash for better selfies. There is a 4000 mAh battery to give power to the smartphone.

In terms of specifications, the 10.or G with dual SIM support sports a 5.5-inch Full HD (1080×1920 pixels) display and is powered by the Snapdragon 626 processor. The storage of the handset can be expanded up to 128 GB via microSD card. The 10.or G measures 155x76x8.5mm and weighs 170 grams. Talking about connectivity, features like 4G VoLTE, Wi-Fi 802.11 b / g / n and Bluetooth 4.2 have been provided in the smartphone. Accelerometer, gyroscope, compass, ambient light sensor and fingerprint sensor have been given in the smartphone.

Launched at Rs 13,999 Moto G5S The company not only reduced the price, but also launched it in a new avatar. Now this smartphone is priced at Rs 9,999. Keep in mind, the company launched the Moto G5S alongside the Moto G5S Plus. The most important feature of the smartphone is the rear cameras. A single rear camera setup (16 megapixel sensor) has been given in the Moto G5S. The smartphone was named ‘special edition of the Moto G5 series’ by the company. Fingerprint sensor is also given in the home button of the phone. The handset is equipped with a metal unibody design. Other features of the Moto G5S include ‘water repellant nano-coating’. That is, the handset is protected from dust mites. Turbopower charging has been provided for fast charging in the smartphone.

The Moto G5S sports a 5.2-inch Full HD (1920×1080 pixels) resolution display. The screen has a density of 424 ppi and comes with Corning Gorilla Glass 3 for protection. This phone will be available in 3 GB RAM and 32 GB storage and 4 GB RAM and 64 GB storage variants. The storage can be expanded up to 128 GB via microSD card. The smartphone is powered by 1.4GHz octa-core Qualcomm Snapdragon 430 processor and Adreno 505 GPU for graphics.

This smartphone has a 16-megapixel rear camera with aperture F / 2.0, LED flash and phase detection auto focus (PDAF). Apart from this, features like Best Shot, Professional Mode, Burst Mode, Auto HDR, Panorama, Video Stabilization, Slow Motion Video are also there. On the other hand, there is a 5-megapixel front camera for selfie, which is equipped with wide-angle lens, aperture F / 2.0, LED flash, professional mode and beautification mode. The phone supports single nano SIM but its dual SIM variant will also be offered in select markets.

Panasonic Eluga Ray Max sports a 16-megapixel rear camera with dual LED flash. On the front panel there is an 8-megapixel sensor with flash. The handset also has a home button fingerprint sensor, as we told you earlier, for the Eluga Ray Max, you will get the option of 32 GB / 64 GB storage. If you want, you can use microSD card up to 128 GB. Connectivity features include 4G LTE, Wi-Fi, Bluetooth and Micro-USB. The battery is 3000 mAh which supports Quick Charge 3.0. Accelerometer, ambient light sensor, gyroscope, magnetometer and proximity sensor are also part of the phone.

Smartron SRT. Two variants were introduced based on the phone’s storage, one variant with 32 GB storage, which was then priced at Rs 12,999. At the same time, the second 64 GB storage variant which came for Rs 13,999. Now Flipkart But the 4 GB RAM variant of the phone is Rs 8,799.

Smartron SRT. The phone flaunts a 5.5-inch Full HD IPS LCD display. The handset has 4 GB RAM with Snapdragon 652 processor. We already told you about the inbuilt storage. Many users will be disappointed to know that the phone does not have space for a microSD card. However, the company will provide unlimited storage on the user t cloud. The handset will run on Android 7.0 Nougat.

The rear camera is equipped with F / 2.0 aperture, phase detection auto focus and BIS sensor. At the same time, the front camera is of 5 megapixels. Wide angle sensor has been used for selfie. Equipped with fingerprint sensor, this smartphone has 3000 mAh battery which supports Quick Charge 2.0. Connectivity features include 4G VoLTE, dual-band Wi-Fi, Bluetooth, Micro-USB port, GPS/ A-GPS and NFC. Accelerometer, ambient light sensor, gyroscope and proximity sensor are part of the handset.

Coolpad Note 6 had entered the Indian market in May 2018. It comes in two storage options – 32 GB and 64 GB. The price of both the variants is Rs 8,999 and Rs 9,999 respectively. That is, within Rs 10,000 you will get 4 GB RAM in this phone too. Dual SIM Coolpad Note 6 smartphone runs on Android 7.1 Nougat. It has a 5.5 inch Full HD display. Octa core Qualcomm Snapdragon 435 processor works in the phone. Its maximum clock speed is 1.4 GHz. Adreno 505 GPU and 4 GB RAM are present to support it. The phone has a dual camera setup at the front, which has 8 + 5 megapixels. There is a 13 megapixel autofocus camera in the back.

The Coolpad Note 6 handset comes in 32 GB and 64 GB storage options. It is possible to expand the storage up to 128 GB. In terms of connectivity, the phone has 4G VoLTE, Wi-Fi, Bluetooth, GPS and Micro-USB port. 4070 mAh battery powers the phone with adequate sensor. The total weight of the smartphone is 170 grams.