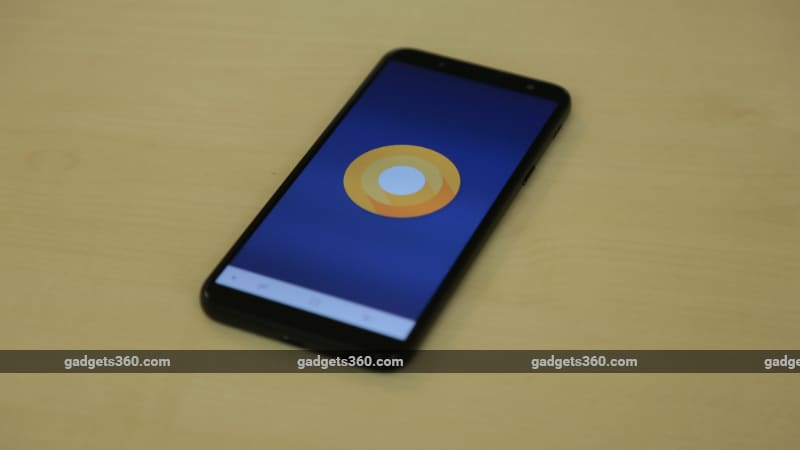 Samsung Galaxy J6 The company’s mid-range smartphone, along with Galaxy J8, Galaxy A6 and Galaxy A6+, will be launched in India on Monday. launch Has happened. In the segment of Rs 15,000, Samsung has launched it with Infinity Display. Samsung Galaxy J6 highlights include Infinity Display, Face Unlock, Bixby Voice Assistant, Live Focus and Selfie Flash with Front Camera. Along with this, the user also gets the Samsung Pay Mini feature. The smartphone runs on Samsung Experience 9.0, which is given on top of Android 8.0.

The price of Samsung Galaxy J6 in India is Rs 13,990. In this, the user will get 3 GB RAM and 32 GB storage variants. If you want 4 GB RAM and 64 GB storage, then it will cost Rs 16,490. The sale of the phone has started from Tuesday. The Galaxy J6 will compete with Xiaomi Redmi Note 5 Pro, Asus ZenFone Max Pro M1 and Oppo’s Realme 1. We spent some time with the Samsung Galaxy J6. How did we like it at first glance, you also know…

The design of the Samsung Galaxy J6 is different from the rest of the Galaxy J series handsets. In Samsung Galaxy J6 you will get 5.6 inch HD + Smoled display. Samsung Galaxy J6 has come with a better look according to its price. It will give tough competition to Redmi Note 5 and Zenfone Max Pro M1 in this case. Brightness level, color coordinates better.

Like the full screen smartphones available in the market, the screen is fully spread in the front. There are no physical buttons. Above the display is the front camera, which is 8 megapixels. Along with is LED flash. Take good selfies in better light. Wait for our detailed review, where we will tell you about many other aspects related to it. In the meantime, we will also explore the Live Focus feature and the Bokeh effect. Samsung Galaxy J6 has face recognition feature, which is in trend these days. Although, we didn’t spend much time with the phone, but Face Unlock will require good lighting. The fingerprint sensor is fast and accurate.

The design of the Samsung Galaxy J6 is much better than the previous J series mid-range phones. The polycarbonate shell is still there but the phone feels premium in the hand. The user will love the matte and glossy finish. The phone has a single rear camera, which is 13 megapixels. Supports LED flash. Underneath it is a small fingerprint sensor, which worked quickly during our investigation. There is a lock and power button on the right side of the handset. The volume button on the left is a slot for SIM 1, SIM 2 or SD card. There is a Micro-USB port and headphone jack at the bottom.

Exynos 7870 processor has been used in Samsung Galaxy J6. The phone has 3 GB and 4 GB RAM. We checked the 3 GB RAM and 32 GB storage variants. Initially, the performance of the phone was not good but we would advise you to wait for the detailed review. The positive point of Samsung Galaxy J6 is that the phone runs on Android 8.0 out-of-the-box. This is much better than typical mid-range phones running the older Nougat builds. However, nothing has been said officially on Android P. But we hope that the Samsung Galaxy J6 may get it in the near future.

In this, the user will get Samsung Pay Mini, Samsung Mall and S Bike Mode. It will get preloaded apps like Gmail, Chrome, LinkedIn and MS Office from Google and Microsoft. Powering the handset is a 3000 mAh battery. In detail, we will tell you through the review that how much power is there in Samsung Galaxy J6. Only then we will tell you after examining the performance, battery, software, camera of the phone.