Review of You Unique 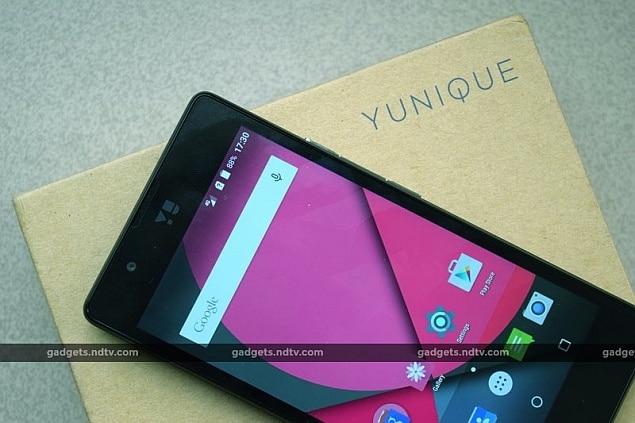 Launched with an aim to challenge Xiaomi and other Chinese mobile companies like it, Micromax’s Yu Televentures brand has so far managed to make a mark in the market. Fourth launch in just over a year. The company’s objective is clear, it wants to completely capture the market under Rs 10,000 range. U still stick to flash sale format. Hopefully the new ones in the initial sale u unique smartphone Not many units will be available.

One can also expect to see tremendous excitement about this device. The phone has HD screen, 4G LTE support, fast processor and high-quality camera. And all this in less than Rs.5,000. If the company manages to strike a balance between demand and supply, then it is possible that it can completely beat other Chinese brand smartphones along with Xiaomi in the market. This will also affect Samsung and other high-end device makers. It will be very interesting.

look and design
Yu Unique is a very compact phone from today’s level and the reason for this is the 4.7-inch screen. The phone measures 134.5 x 67.5 x 8.3 millimeters and weighs 128 grams, though it feels smaller. Overall the look is very premium, but the illusion seems to be shattered as soon as you take it in your hands. You will realize that the rear part is made of plastic with a rubber-like coating on it. It usually starts to crumble or become a bit sticky after prolonged use.

The U brand logo is on the top of the screen. On one side is the front camera and next to the earpiece grille is the LED sensor. The Micro-USB port is at the bottom and the 3.5mm headset socket is at the top. The power button is placed in the middle of the volume button, which we did not like. As long as we had this phone, we could not get used to this setup and kept pressing the wrong buttons over and over again.

In the rear part, the camera is provided with LED flash. Its design is very similar to the camera setup of Yu Euphoria. The device also sports another Yu brand logo at the bottom of the rear panel.

Micro-SIM slots are placed on either side of the camera lens and there is also a micro SD card slot. The Yu Unique comes with a charger and a USB cable. For some reason the company has given a bright blue color LED in the charger. Its light is disturbing in the dark.

Specifications and software
Yu is not the first product of the company in which an attempt has been made to present powerful hardware in a budget phone, but the company is slowly getting better in this matter. The smartphone comes with a 1.2GHz Qualcomm Snapdragon 410 processor and 1GB of RAM, but the company is marketing the phone’s HD 720×1280 pixels display and LTE support. The inbuilt storage of the handset is 8 GB and the battery is 2000 mAh. The rear camera has an 8-megapixel sensor and the front camera has a 2-megapixel sensor.

In almost every way, the Yu Unique phone is similar to the Xiaomi Redmi 2. However, it is Rs 1,000 cheaper and more sleek. Much of the difference between the two devices will be revealed in the software.

Yu Unique runs on the stock version of Android 5.1 Lollipop. This is the first handset in the Yu family that has distanced itself from CyanogenOS 12. The company says that users can install Cyanogen if they want.

u have introduced a new web browser which is named uuniverse. Basically it is a customized version of Opera. Apart from a couple of features, the operating system is completely stock version of Android, which is a good thing.

camera
The performance of the camera of Xiaomi’s cheap smartphone has been good. In this regard, Yu Unique seems to be lagging behind. Photos taken with the smartphone’s camera had less detail than we expected. Photos looked good when posted on the camera screen or on Facebook, but the lack of viewing was clearly visible on the computer screen.

Photos taken at night turned out to be even weaker. When there was more motion, they became blurry. Unless the picture was taken in direct light, the shots turned out to be very noisy. We had trouble locking focus on the subject at times. It also turns out that the results will be much better if you don’t rely on autofocus.

The camera app is fine. The video output of the camera was also not great, but we have to take care of the price of the phone as well. Maybe we’re used to more. It is clear that in other respects, even though this device is trying to compete with the devices above its range, the camera is very average.

performance
We did not face any problem using this phone. The device gave a feeling of being more expensive than its price. The screen is sharp and crisp, but the viewing angles are not great. In sunlight, reading anything on the screen of the handset is disturbing.

Our test videos played smoothly on the handset with 1080 pixels resolution. The built in speaker makes the sound louder but it gets scattered even at low volumes. The good thing is that even after playing the game for a long time, we did not feel the handset getting hot. The battery lasted for 9 hours and 12 minutes on the video loop test. Benchmark test results were also decent.

our decision
The Yu Unique is known for its value. In this regard, it beats the Xiaomi Redmi 2 by a huge margin. It’s a better device in some respects, like its own distinct style and stock Android feel. However, the battery is weak and the camera performance is also average. Apart from this, U Unique is available through flash sale which is not at the cost of the consumer. At the same time, in view of the increasing demand in India, Xiaomi has improved the supply and has also simplified the process of selling.

You will have to make some compromises with Yu Unique. If you are up for that then save Rs 1,000 and be happy. By the way, the performance of both the phones is good. The displays are also great as well as 4G LTE support. Until recently, a smartphone with such a great specification at this price could not be imagined. But in today’s date the user has many options. This is a great time for those who buy cheap phones.