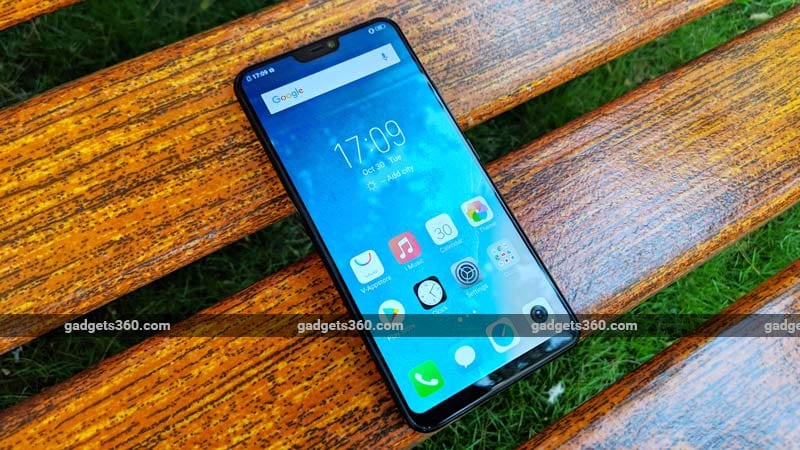 When Vivo V9 was launched in India, it was the first Android smartphone to come with the notch in this market. In this, 4 GB RAM was given with Qualcomm Snapdragon 626 processor. After reviewing this phone, we came to the decision that it is quite powerful compared to the rest. But in a few days more powerful phones were launched in the price range of Rs 20,000, after which Vivo V9 started looking a bit expensive.

For example, Xiaomi Mi A2 ,review) comes with the more powerful Snapdragon 660 processor and is priced at Rs.16,999. Xiaomi’s Poco F1 The handset is a powerhouse device available at a starting price of Rs 20,999. in response to the growing challenges Vivo V9 ,review) Of price cut Has been done. Now the company has launched Vivo V9 Pro in the market. It comes with much better hardware and is priced at Rs 17,990. Has the Vivo V9 Pro become a better package once the hardware gets better? Let’s know…

in appearance Vivo V9 Pro And Vivo V9 is the same. It’s slim. The grip is good due to the curved edges. Like Vivo V9, the display of Vivo V9 Pro has a notch at the top. The earpiece, sensors, notification LED and selfie camera have got place in this notch. The notch is very compact. Except for the bottom, the bezels on the rest of the screen are extremely thin. Vivo has managed to control the weight of this phone, it is 150 grams.

At the bottom are the 3.5mm headphone jack, microUSB port and loudspeaker grille. We did not like the position of the headphone jack. The reason for this is the inconvenience while playing the game in landscape mode. There is a SIM tray slot on the left side of the device which has space for dual nano SIM and a separate microSD card slot. On the left are the power and volume buttons. It is easy to reach them. There is nothing on top.

Vivo V9 Pro has a dual camera setup on the back. There is also a single LED flash and fingerprint sensor here. By the way, premium materials are used to make most of the devices in this price range. But Vivo has used plastic in V9 Pro. Vivo V9 Pro has been made available in Black and Nebula Purple colors. We have reviewed the Black variant. To give a premium look, golden highlights have been given in the camera module rim, fingerprint scanner and Vivo’s branding. The phone already comes with a screen protector. Apart from this, there is also a transparent cover in the retail box. In the retail box, you will also get earphones with 10 W charger.

The main difference between Vivo V9 and Vivo V9 Pro is the Snapdragon 660 processor. Vivo has decided to use a more powerful chipset this time and has given 6 GB RAM with it. Inbuilt storage is 64 GB and if needed microSD card up to 256 GB can be used. 6.3-inch IPS display with full-HD + resolution. Viewing angles are good. There is not much problem in reading on the screen outside.

V9 Pro comes with Face Unlock. It is as fast as the fingerprint sensor in unlocking the phone. If you want, you can lock apps and games with fingerprint sensor or face unlock. You will get customization like motorbike mode in which you can reject incoming call and send SMS automatically to the caller. The App Clone feature is similar to Dual Apps.

Even though this phone has many features. But many apps are already installed on it. The good thing is that you can give up most of these apps.

Vivo V9 Pro comes with a powerful processor. This is felt as soon as you use the phone. We never felt the phone slow down during multitasking. Apps and games loaded quickly. Due to 6 GB RAM, you will be able to multi task without any problem.

The Vivo V9 Pro’s 3260mAh battery lasted 10 hours and 8 minutes in our HD video loop test. The phone played PUBG in medium settings. The phone did not heat up while playing the game in the air-conditioned room. Battery consumption was also not very high. Power saving mode became active at 9 pm after using the phone a lot. The battery will last more than a day in normal use.

The camera app of this phone is similar to other Vivo smartphones. You’ll find toggles for HDR, Portrait, and Live Photos. You can also switch to Panorama mode or Professional mode if you want. Beautification mode is available for the primary and selfie cameras.

Vivo has reduced the camera resolution in Vivo V9 Pro. The company seems to have taken this decision to manage the budget pressure due to the powerful processor. The pictures taken with the V9 Pro’s camera were sometimes good and sometimes bad. Exposure in daylight was accurate and it focused just like we wanted. At first glance, the photo looked fine, but the lack of detail became apparent as soon as I zoomed in. Macros came with shot detail, but it took a long time to focus on what we wanted. Edge detection was sometimes correct in portrait mode and sometimes incorrect.

Low light camera performance was worse than average. The noise was under control, but the pictures came grainy. With Vivo V9 Pro, you will be able to take beautiful selfies. Screen flash proves to be effective in low light. Portrait mode is also available for the selfie camera and it has good edge detection.

With both the camera setups of the V9 Pro, you will be able to record videos up to 1080 pixels. This is surprising, as the Vivo V9 has 4K video recording support. Due to lack of video stabilization, the footage is shakey. We found that you can activate the beautification mode while recording a video or during a video call. Changing the camera sensor doesn’t seem to have any major effect on the output.

our decision
Vivo has priced the V9 Pro more aggressively than other products including the Vivo V9. This phone has a powerful processor and with more RAM, there is no problem in multitasking. But this time a different camera sensor has been used to keep the price low. The good thing is that it doesn’t have a huge impact on camera performance. The Vivo V9 Pro priced at Rs 17,990 is cheaper than the Vivo V9 which is still listed for Rs 18,990. So we can suggest you to buy Pro model without hesitation.