Review of Samsung Galaxy On7 Prime 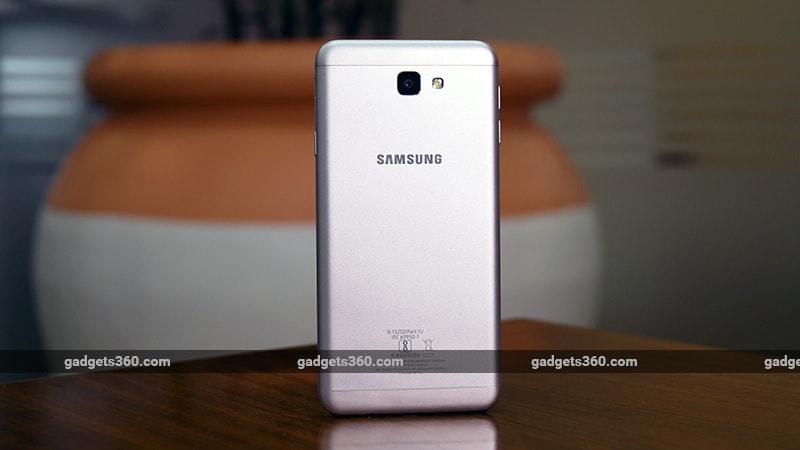 Samsung has made a big headway in the expensive smartphone segment thanks to the Galaxy S8 series and Galaxy Note 8. However, the company does not have the right to make similar claims in the budget range. Samsung Galaxy J7 Prime ,review) And samsung galaxy on max ,reviewThere is no other phone except ). The first month of the year 2018 has not even passed and handsets of many well-known companies have been launched in the Indian market. One of these is Samsung Galaxy on7 prime,

Specifications of this new Samsung phone Samsung Galaxy On Next And pretty much matches the old Galaxy J7 Prime. But this time the company has shifted its focus to software by offering features like Samsung Pay Mini and Samsung Mall. The Samsung Mall feature has only been launched with this phone. The price of the phone starts at Rs 12,990. Because of this, Galaxy On7 Prime gets a challenge from many phones of the company’s own Galaxy J and Galaxy On series. Let’s try to know how different and powerful this new model is…

The metal unibody of the Galaxy On7 Prime gives it a strong feel. This phone with 8 mm thickness is slim and its grip is good in the hands. The texture of the metal back is smooth and does not leave fingerprints. But this does not happen on the glass given on the front panel. Knowingly or unknowingly, you will get a clear glimpse of the Galaxy J7 Prime in its design which was launched in 2016 itself. Apart from the newly styled capacitive button, both the phones look almost identical.

Due to the 2.5D curved glass, the phone looks much better from the front. In Galaxy On7 Prime, the company has decided to give a screen with 16: 9 aspect ratio, which means you will miss the current trend of 18: 9. 5.5-inch screen with full-HD resolution. Because of this, pictures and text look very sharp. Colors also look accurate due to pls TFT LCD.

Surprisingly, this phone does not have an ambient light sensor. This thing came to light when we used the phone in the dark. The lack of features like NFC and Wi-Fi AC at this price can be ignored. But there is a disappointment when basic features like ambient light sensor are not given. Because of this, we had to control the brightness of the display on our own again and again.

Above the display is a 13-megapixel selfie camera, notification LED and earpiece. At the same time, there is a physical home button at the bottom which is also a fingerprint sensor. There are capacitive buttons on either side of this sensor. The sensor will quickly detect your fingers. The display becomes active only when you touch the home button lightly. The capacitive buttons aren’t backlit, which also makes it frustrating.

On the left side, the volume buttons are on top and below it are slots for two SIM and microSD cards. The primary SIM card can be kept in the first slot. The secondary slot has space for a second SIM and a microSD card of up to 256GB. The speaker and power button are on the right side of the phone. The Micro-USB port and 3.5mm headphone socket have been found at the bottom. In the box you will find travel adapter, data cable, SIM eject tool and other necessary documents.

The octa-core Exynos 7870 chipset has been used in the new Galaxy On7 Prime. Samsung has been using this processor in its budget and mid-range devices since 2016. We have reviewed the expensive variants of this phone with 4 GB RAM and 64 GB storage. But it also has a cheaper variant with 3 GB RAM and 32 GB storage. Other connectivity features include Wi-Fi b/g/n, Bluetooth 4.1, GPS, GLONASS and Baidu for navigation, FM radio and USB-OTG. ,

Samsung has not given many sensors in this phone. You will get proximity sensor and accelerometer only. Apart from the ambient light sensor, there is no compass or gyroscope in the phone. There is support for VoLTE along with 4G. The phone also has the option of Wi-Fi calling. You will also be able to enjoy this feature after the telecom companies have made this service available.

You will get Android 7.1.1 Nougat. Regrettably, the Android security patch has not been updated since August last year. The phone runs on Samsung’s Experience UI 8.5, which has been used in Samsung Galaxy On Max and other recently released phones of the company. Swiping right on the first home screen will take you to the Bixby screen. Here you’ll find cards for weather, schedules, reminders, and notifications from your social feeds. You can decide which app is allowed to send notifications or send updates to Bixby.

Samsung Mall is the specialty of this phone. It is a joint location of several online shopping platforms and has integrated Bixby’s visual search feature. Currently, Samsung has partnered with Jabong, Amazon, Tata Click and ShopClues. Whenever you search about a particular product in this app, it shows the search results of these websites to the mall user. You need to be logged in with a Samsung account before you can buy anything.

Your payment or delivery related information is not stored in the mall app. If you want to buy a product, the app redirects you to the web checkout page of the selected shopping site. For example, if you want to buy a product available on Amazon, the app will direct you to the web interface of Amazon India, even if you have the Amazon app installed on your phone. In this app you will see basic product description. You will be redirected to the page of that shopping website for complete details.

You don’t have the option to search by just typing to find a product. If you want, you will also be able to search the product through voice or pictures. There are buttons for them at the bottom of the search box. If you want, you can search the product in the mall app with the help of a photo by clicking on the shopping bag icon in the photo gallery. There is also an option of ‘Samsung Mall’ in the camera app. Voice search works through Google and visual search with the help of Bixby.

Our experience with Visual Search was not very good. Sometimes this feature didn’t work properly. For example, instead of recognizing the Galaxy Note 8, the Mall app showed up as a result of Samsung’s tablets and other phones. Not that this feature never worked. Sometimes it even identifies the product correctly.

There is also support for Samsung Pay Mini in the phone. With its help, you can do transactions through UPI and other online payment wallets like Paytm-MobiKwik. They work well. But the lack of credit card integration limits the payment options.

The On7 Prime works fine in normal usage, but the interface should have been smoother in our opinion. There is a slight delay in switching between portrait and landscape orientation in apps. We found many times that the touch response did not register correctly. Make it clear that this shortcoming did not come up repeatedly. But many times the experience of using the smartphone during the review was definitely bad. Screen brightness is good enough for outdoor use, but you’ll have to control it yourself. Not having a compass means you won’t know which direction you’re looking when using Google Maps.

One thing we liked about this phone is that it does not heat up quickly. Whether playing games or using the camera outdoors, it did get hot occasionally which is a good thing. Benchmark performance was also not going to impress. Casual games run well, but frame rates are not smooth in games with powerful graphics like Asphalt 8.

There was no problem in playing videos of 1080 pixels in Galaxy On7 Prime. Speakers are not very good. This causes not enough sound for the media file.

Now let’s talk about the camera. The phone has 13-megapixel sensors with F / 1.9 aperture on the front and rear panels. The autofocus of the rear camera does not work fast, that too in good light. Capturing the subject on the go is not easy. Detail comes out fine in landscape shots. But the camera sometimes misses out on getting the right exposure. Because of this, sometimes some parts of the shot appear to be burnt out. There is also an HDR mode but the results are not very good. The wide aperture lens gives good depth of field in close-up shots. But the colors are not very accurate.

The performance is below expectations even in low light. Detail in landscape is not good and autofocus is slow. You will be able to record videos up to 1080 pixels resolution. The quality of the recorded videos is also very average. Please note that there is no electronic image stabilization in the phone. There are also some shooting modes in the camera app, but these are not for video.

The front camera is also 13 megapixels and it is also with F / 1.9 aperture. The front camera works fine in daylight. But this does not happen in low light. It has screen flash, but it’s not very effective. The selfie focus feature tries to give a portrait mode effect, but the results are not very good.

The camera app also has a social sharing feature. With its help, you will be able to quickly share any picture on Facebook and WhatsApp.

Battery life is good considering the 3300 mAh battery. In normal use, after full-charging the battery, we could use the phone for the whole day. The battery level doesn’t drop too fast even when using powerful apps. When the battery power is less than 5 percent, the screen brightness drops to the lowest level. You can increase it if you want. There is no fast charging support. It will take about 3 hours to charge the phone with the charger provided in the retail box.

After spending enough time with the Samsung Galaxy On7 Prime, we also realized why Samsung launched the Samsung Mall feature with this handset. Because without it there is nothing special in Galaxy On7 Prime. The variant we reviewed costs Rs 14,990. It is very expensive, especially when it does not have some very basic features like ambient light sensor. It is certain that Samsung will soon make the mall app a part of its other handsets as well.

Apart from good battery life, the phone does not excite in any other department. Samsung Mall is a good idea, but it’s still in its early stages. The visual search that Samsung has been loudly promoting needs a lot of work. If you only want a Samsung phone under Rs 15,000, then Samsung Galaxy On Max is a better option. to be seen moto g5s plus ,review) And Xiaomi Mi A1 ,review) is more profitable deal for you.