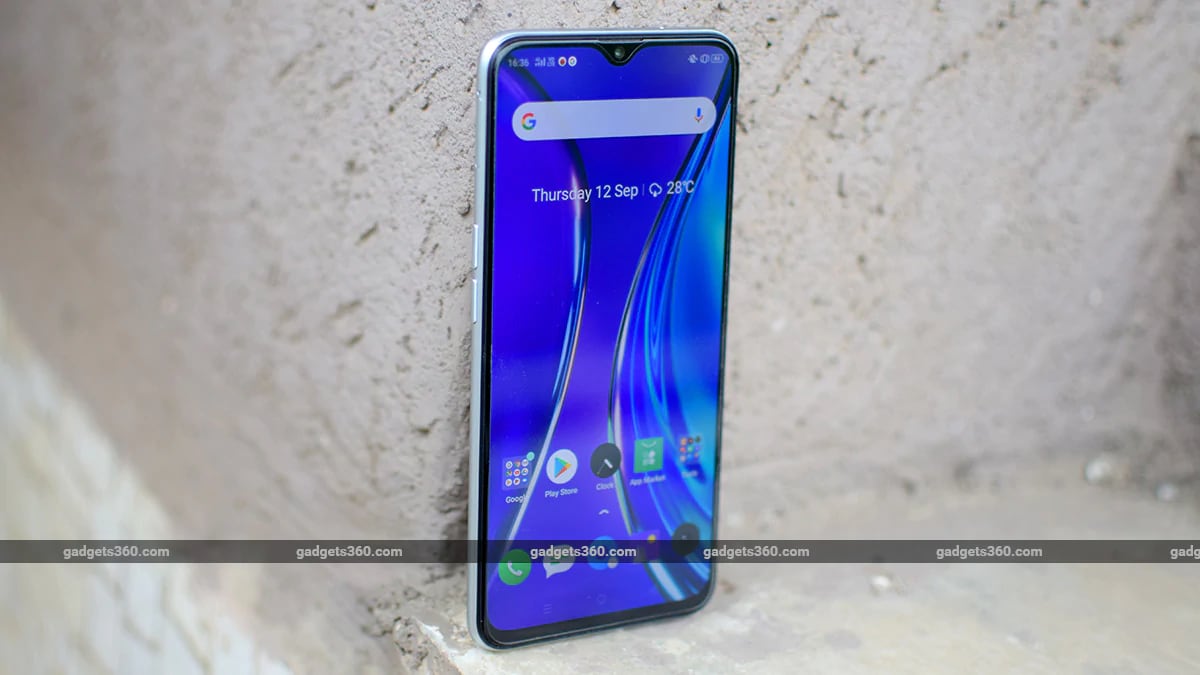 Realme XT Review in Hindi: Realme has launched a new smartphone in its smartphone lineup and its name is Realme XT. The main feature of Reality XT is the 64-megapixel primary camera sensor given in the phone. The Realme XT has been placed between the Realme 5 Pro and the Realme X. Looking at the competition, now Xiaomi is also going to bring its Redmi Note 8 Pro, but at the moment it has not been launched in the Indian market. Is Realme phone with 64 megapixel camera sensor right for you? To know this, we have tried and tested Reality XT, so let’s know about it in detail …

We have realme XT It has Pearl White color variant. Realme XT company realme Very similar to the 5 Pro, but they also have some major differences. You will not get a glimpse of the diamond pattern on the back panel, but multi-colour lines are visible in the back of the phone when light falls from different angles.

Apart from this, the other big change is that Realme has used Gorilla Glass 5 instead of polycarbonate on the back panel. It does not get scratched easily. The white finish looks good, even fingerprints are not easily visible on it. Polycarbonate has been used to make the body, but due to the silver paint, it gives it the appearance of aluminum.

Reality XT has a 6.4-inch Super AMOLED screen. The phone is protected with Gorilla Glass 5. The phone also has an in-display fingerprint sensor for security that unlocks the phone faster. We did not face any problem during use. There is a dewdrop notch on the front panel of the phone and the 16-megapixel selfie camera has got a place in the notch. It can also be used for face unlock, it works well in daylight and at night.

On the left side of the Realme XT, there is a separate slot for two nano-SIM cards and a microSD card. The USB Type-C port and headphone jack have got a place at the bottom of the phone. The camera layout on the back of the phone is similar to the company’s Realme 5 Series except for the 64 megapixel primary camera sensor.

The camera module is slightly raised but you will get the case in the retail box. Apart from this, there is also a Type-C cable, 20W Vook 3.0 fast charger, SIM eject tool and manual in the box. Overall, the Realme XT feels premium and is not too heavy. For the information of you people, let us tell you that its weight is 183 grams.

UFS 2.1 flash storage has been used in Reality XT. Talking about connectivity, the phone includes Dual 4G VoLTE, Wi-Fi 802.11 ac, Bluetooth 5, GPS + GLONASS. Apart from ColorOS 6 based on Android 9 Pie, the phone runs on July 2019 security patch. The new version of the skin comes with a clean look but you will still find many pre-installed apps.

Most of these are third-party apps like Facebook, UC Browser etc., let us tell you that they can be uninstalled. You will also get to see OSIE Vision Effect in the display menu. We did not receive advertisements or unwanted notifications on the phone. The Realme App Store sends push notifications but you can also turn it off by going to the app’s Settings menu.

Google’s Digital Wellbeing feature was not present in the phone, but the company told Gadgets 360 that the Realme XT will get this feature through a future over-the-air update. At the launch event, Reality had also told about the upcoming features, the system-wide dark mode and the feature to change the font style will also be given in the coming times.

The day to day experience of the Realme XT was not much different from the Realme 5 Pro and that is a good thing. If the phone is quite tall, it can be a bit difficult to use it with one hand but if you want, you can enable one-hand mode. The displays are bright and there was no problem in reading on the display in daylight, the colors on the display also look good.

The screen guard already installed on the display is useful. We have 8 GB RAM variant of Realme XT which runs Android smoothly without any problem. Multitasking and app load time were fast in the phone. Heavy games also went well. PUBG Mobile ran on the High preset by default and the gameplay was smooth.

The back of the phone got a bit hot after the extended gameplay. After playing the game for 30 minutes, 5 percent battery was consumed which was acceptable. Due to Dolby Atmos, the sound gets louder from the speaker given at the bottom of the phone. A 4,000 mAh battery has been given to bring life to the Realme XT.

Realme 5 Pro And Realme X ,review) Both are equipped with a 48-megapixel camera sensor, but this phone of Reality has a 64-megapixel Samsung GW1 image sensor. The phone uses 4-in-1 pixel binning technology which saves a 16-megapixel picture. If you want, you can also shoot at 64 megapixel resolution.

We were expecting some new additions to the camera app of the Realme XT, but nothing like it. You still can’t shoot video using the wide-angle camera, and there’s no way to adjust the level of background blur in portrait mode. One good news is that Realme has revealed that with a future update, Nightscape mode for the selfie camera will be added to the phone.

The 64-megapixel primary sensor captures detail, pixel-binding shots. HDR works well, saturation in colors was good and autofocus is also fast. Even distant objects looked good in landscape mode. When compared to pixel-binding images, the images captured by the Realme XT in full-resolution had cool color tones and less noise in the shadow areas.

The sensor captures colors and details well even in low light. There will be some grains in the shadow areas, but you will also see them when you zoom in on the picture. Detail was captured well in close up shots. Focus speed was fast and the built-in AI does object recognition well.

Focus speed was fast even in low light, colors and detail were captured well. Sometimes the camera app used to boost the colors due to which the scene or object seemed vivid and dramatic. Other cameras are the same that we have seen in the Realme 5 Pro before. 8-megapixel wide-angle camera, details were captured well in daylight but colors were not very accurate.

The 2-megapixel macro camera helps in taking extreme close-up shots. The Realme XT works well when using Portrait mode. Edge detection was also good due to the 2 megapixel depth sensor and the details came out crisp. The 16-megapixel front camera on the front panel of the Realme XT takes good selfies.

Beauty mode isn’t too aggressive and HDR works well too. The details were also captured well. In low light, the phone took pictures with good skin tones that could be used. Like the Reality 5 Pro, the video made with the selfie camera was also stabilized.

The Realme XT is another strong option in the company’s smartphone lineup, but customers also have other options in this price segment. realme XT, Realme 5 Pro And Realme X ,review) It depends on what you want from the phone. Talking about the specification, Reality 5 Pro and Reality XT are very close to each other.

The top variant of Reality XT is priced at Rs 18,999. If you want a good camera in the phone, then the four cameras given in Reality XT can prove to be useful for you. Realme XT is equipped with many features in this price segment. Considering the primary camera of the phone, the camera app should have had more features and low-light video at 4K could have been better.