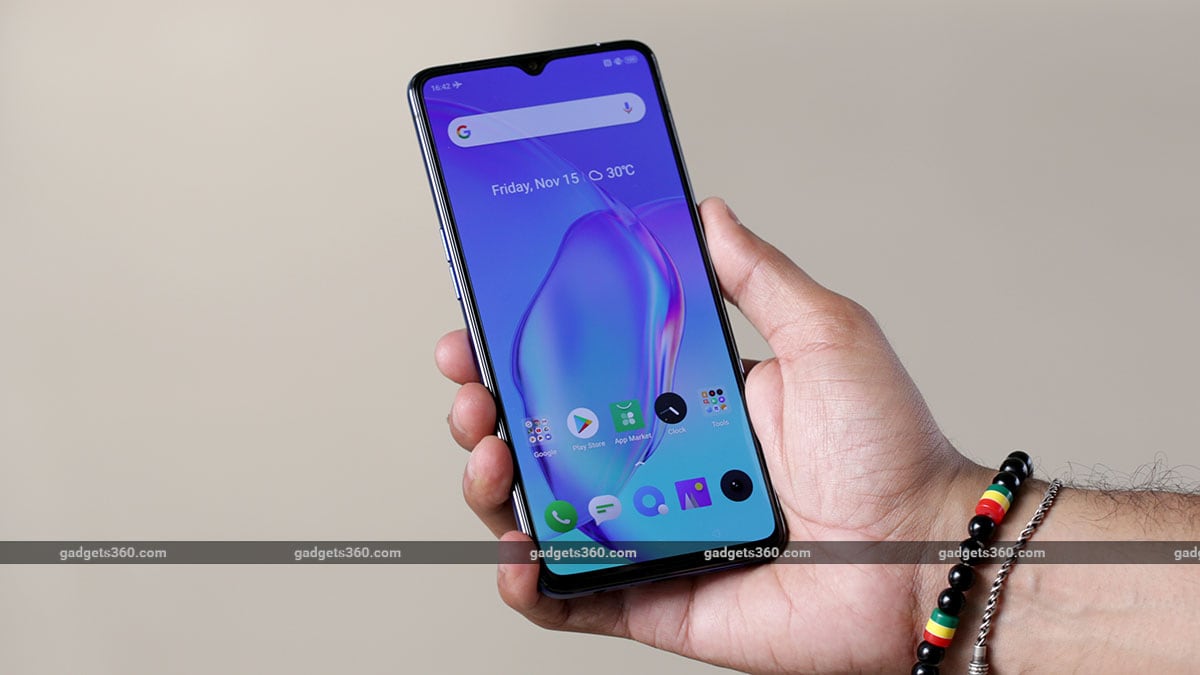 Realme X2 Pro Review: Realme’s flagship phone is Realme X2 Pro. The starting price of this latest smartphone of Realme brand in India has been fixed at Rs 29,999. Many such features have also been given in Reality X2 Pro which are found in the high-priced mid-range flagship smartphone. After the budget segment, Realme has now launched its Realme X2 Pro smartphone in the price range above Rs 20,000. We have seen and tested Reality X2 Pro, so let’s know in detail about Realme phone …

We have seen many Realme phones that have been launched with a polycarbonate body but now the company has started using Gorilla Glass 5 for protection on the front and back with an aluminum body. because of this realme x2 pro The experience was good when held in the hand, plus everything is placed correctly.

The Realme X2 Pro smartphone is a bit slippery and the glass back panel gets stained easily, but to avoid this, you can use the case available in the retail box. Reality X2 Pro Master Edition has been launched in India with Red Brick and Concrete Finish. Button placement is also good in this smartphone of Reality brand. Headphone jack, USB Type-C port and speaker will be found at the bottom of the phone.

The display of this smartphone of Realme brand is good, the phone has a 6.5-inch full-HD + AMOLED panel, it is claimed that it is coming with 500 nits continuous brightness and 1000 nits pick brightness. The display is sharp and the viewing angles are also good and the color saturation is also good.

One special thing is that the display runs at 90Hz instead of the usual 60Hz. Due to the high refresh rate, it provides a fluid feel, whether it is Android UI or in apps. Let us know that there are thin borders around the display.

The vertical rear camera module given on the back panel of Reality X2 Pro is slightly protruding. The thickness of the Realme X2 Pro is 8.7 mm, making it quite heavy. Of course, it weighs 200 grams but the weight is distributed correctly so that the phone does not feel unbalanced.

The retail box of Reality X2 Pro will get 50W Super Wook Wall Charger Plus and Data Cable, SIM Eject Tool, a Case, Warranty Leaflet and Quick Start Guide. Screen guard will already be available on the phone but earphones or headset will not be available in the box.

As we have mentioned earlier, Realme X2 Pro is the company’s flagship smartphone, in which Snapdragon 855+ processor has been used. The same chipset has been used in many mid-range flagships such as the Asus ROG Phone 2 and OnePlus 7T.

We have its lower priced variant up for review. Both the variants of Reality X2 Pro run on the new UFS 3.0 storage standard. Realme said that the vapor chamber cooling system has been used for the CPU. This Realme smartphone also has support for dual-band Wi-Fi 802.11 AC, Bluetooth 5, three satellite navigation systems.

Face unlock support has been given in Reality phone and it works properly even in low light. Realme X2 Pro comes with NFC and contactless payment option. Realme X2 Pro runs on ColorOS 6.1 based on Android 9.

Some new features will also be available in this version such as Dark Mode and Google Digital Wellbeing App. Our review unit runs on the November security patch, which is good. The look and feel of the interface is similar to other realme phones. You’ll find similar customization options, gestures, and shortcuts.

Not only this, apps like Game Space and ORoaming will come pre-installed. The realme app market will keep sending notifications, but if you want, you can also turn it off by going to the settings. Apart from this, many other third-party apps will also be available pre-installed but you can also uninstall them.

The Realme X2 Pro smartphone comes with Widevine L1 DRM certification. Dark mode is still a ‘lab’ feature but in our experience it works fine. This is enabled by default for all installed apps but you can also disable it manually if you want. Dolby Atmos support is also available in the phone which works when audio is played through speaker or through wire/wireless headphones.

We do not have any complaints regarding the daily usage of Reality X2 Pro. There was no problem in reading on the display in sunlight and the sound comes from the speakers too. We did not face any problem with the call quality as well. Fingerprint sensor and face recognition also work properly.

You can also use Always-on-display mode but usage is limited as it only shows notifications from certain default apps. On general usage, the phone remains cool but during gaming and heavy camera usage, the side and back panels get a bit hot.

The sound comes from the stereo speakers given in Realme X2 Pro. The speaker at the bottom of the phone delivers loud sounds, full-HD and high-resolution videos are sharp, and the color saturation is good.

ColorOS has a video enhancer called ‘OSIE Vision’, which boosts the brightness and contrast to make the video look a bit vivid. This is functional in Reality X2 Pro and it can be enabled for apps like MXPlayer, TikTok and Amazon Prime Video.

You can also turn this effect on or off through the slide-out menu. The powerful processor given in Realme X2 Pro handles heavy games and multitasking well. We saw playing heavy games like PUBG Mobile and Call of Duty: Mobile in Reality X2 Pro, both the games ran smoothly. The phone did get a little hot during gaming.

The 4000 mAh battery has been given in Reality X2 Pro, which was reliable. On an average, the phone supported for about one and a half days in a single charge, but even after playing heavy camera usage and gaming, the phone’s battery supported the whole day. In our battery loop test, the Realme X2 Pro lasted 14 hours and 49 minutes with the screen set to 90Hz.

The charging in particular is impressive. With the help of SuperWook charger that comes with Reality X2 Pro, the phone goes from 0 to full charge in just 31 minutes. Let us know that this smartphone of Realme brand supports Qualcomm Quick Charge 3.0 and USB Power Delivery for fast charging.

With ColorOS 6.1, some new features will be available in the camera app. Nightscape now works for the selfie camera, the level of background blur can be adjusted in portrait mode and video can also be shot with the wide-angle camera. Realme has also added Ultra Steady shooting mode to the phone.

The primary camera sensor captures 16-megapixel oversampled images by default. In enough light, the detail in our sample was captured correctly. Colors come vivid and HDR also balances the exposure of light and the dark area properly. If you want, you can also shoot at 64 megapixel resolution. Portrait mode works with perfect edge detection.

Telephoto camera captures details and colors accurately in daylight. The 5x Hybrid Zoom captures details well in sufficient light. The wide-angle camera sensor is used to take ultra macro pictures. Image quality is good if there is enough light around you.

Photos taken with the primary camera sensor in low light were good. The details were captured well in the picture and the noise was also under control. The wide-angle camera felt a bit weak in low-light shots due to the aperture F/2.2. You can also use Nightscape for this sensor. The 16-megapixel selfie camera didn’t look very impressive.

Due to the powerful processor, the Realme X2 Pro smartphone is capable of recording 4K videos at 60fps. Video quality was good in daylight and image stabilization also worked well. The details came right in the video captured using the wide-angle camera.

Slow-motion video is available at 480 frames per second and 960fps in addition to 240fps. High frame-rate video is recorded at 720p, so image quality was pretty average. Talking about video recording in low light, Realme X2 Pro needs a lot of improvement. Whether it is 1080p or 4K.

Realme X2 Pro priced at Rs 29,999 is a good phone. Apart from the leaner software, you will get many features of OnePlus 7T in this phone at an affordable price. This smartphone of Realme brand also has many drawbacks. The phone gets hot on heavy games and more camera usage.

The selfie camera is not that impressive and the low-light video performance could have been better. Apart from these problems, there are many such things in Reality X2 Pro which will also be liked like its good build quality, vivid 90Hz display, powerful processor etc.

Speakers of Realme X2 Pro are also good, super fast charging as well as you will also get headphone jack in this phone. Overall, the Realme X2 Pro is a great alternative to the OnePlus 7T if you’re looking for that level of design and performance and don’t want to spend a lot.