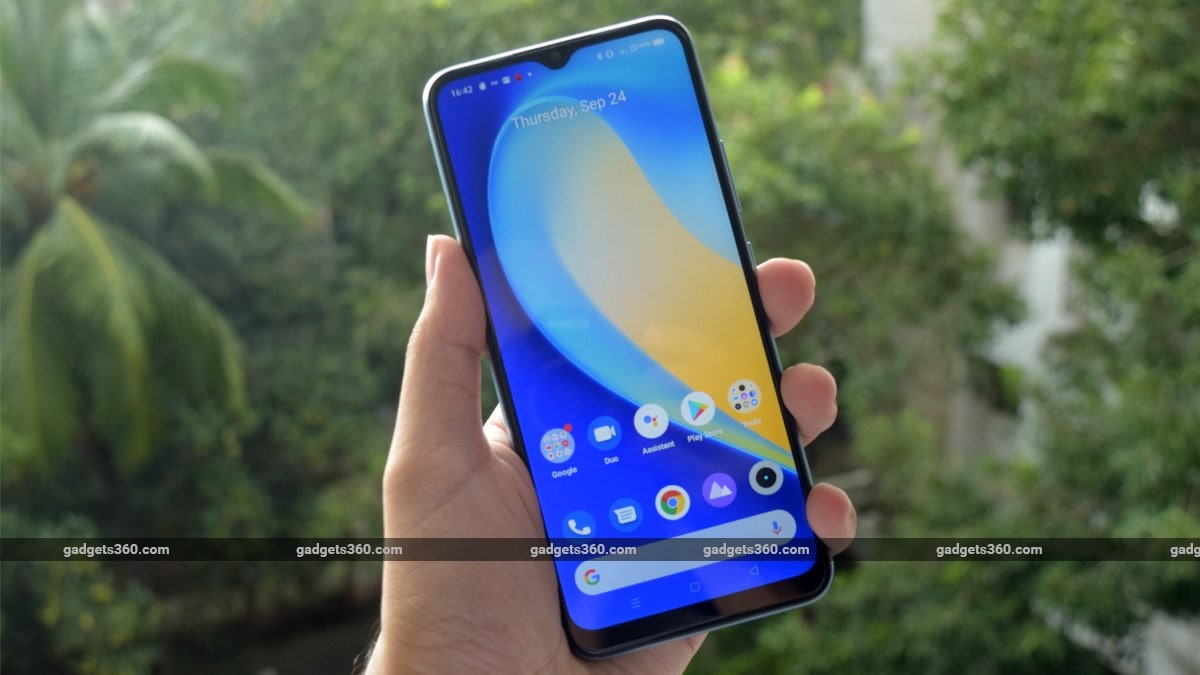 When Realme launched its Narzo series earlier this year, the company said it was meeting customers’ demand for powerful processors at affordable prices, even if it meant compromising in other areas like camera quality . The Narzo series was introduced for a separate group rather than a specific price segment. However, the Narzo 10 and 10A leave the Realme 6i and Realme C3 with a different name and a few minor differences. Now, we have the new Narzo 20, 20A and 20 Pro – but will the same old story be repeated?

New Narzo 20 In terms of series design and features Realme C12 And Realme C15 And when it comes to specifications, we are struggling to fit them in the right segment. It costs Rs 500 less than the Realme C15 and comes with a better processor, but there are some compromises when it comes to cameras.

Here realme It is also becoming difficult for us to understand what we want to do. In such a situation, only one question comes, is Realme making things complicated for the buyers? Who should buy these new models and Other Smartphones Who will buy? We are going to try to answer these questions in this review of Realme Narzo 20.

The biggest thing that differentiates the Realme Narzo 20 from the C1x series smartphones is its more powerful MediaTek Helio G85 processor. We did notice slightly sluggish performance on the Realme C12 and C15 due to the Helio G35 chipset. So this is a big improvement. The phone has been launched with 4 GB RAM and there are 64 GB and 128 GB storage variants to choose from, which are priced at Rs 10,499 and Rs 11,499 respectively.

The second major difference is in the camera setup. The Narzo 20 packs a 48-megapixel primary camera, an 8-megapixel ultra-wide camera, and a 2-megapixel macro lens. It’s surprising that the company hasn’t used another low-resolution sensor in the phone to carry this phone with the “quad camera” badge, which is the biggest marketing weapon these days, but we don’t think that’s a compromise. There’s a lot you can do even with three cameras.

All other specifications remain the same across all three models. The 6000mAh battery is undoubtedly a big sell point and you also get 18W fast charging. Interestingly, the Narzo 20 gets a USB Type-C port, while its smaller siblings require a micro-USB cable and charger for charging. All three models in the new Narzo 20 series have the same dimensions and feel much thicker at 9.8 mm thick, though the Narzo 20 is lighter than the other two phones with its 208 grams weight.

The same display specifications are available in all three phones, but there is no information about which panel has been used by Realme. You get a 6.5-inch HD + (720×1600 pixels) panel, which comes with Waterdrop Notch. It has a tray slot supporting two Nano-SIM and a microSD card. Also included is dual-band Wi-Fi and Bluetooth 5 support.

It’s no surprise to us that the Narzo 20 looks quite similar to the C-series model. It even comes in Silver and Blue colors just like the C-series. Our Narzo 20 unit is Victory Blue. The rectangular camera module houses three lenses and a flash and also gets a fingerprint sensor at the back, which users with smaller hands might feel a bit up for. Considering that it is a relatively thick phone, it is not very difficult to hold, but if you are used to having long conversations then you will definitely feel its weight.

On the front, you have rounded edges and thick bezels are found all around the phone and the chin is also relatively thick. Realme says that Gorilla Glass has been used in it, but which version is not given. Our unit already came with a slim screen protector, but the plastic case is not available in the retail box. The power and volume buttons are all found on the right side, which are easy to reach.

Overall, Realme has done a good job with the design. This phone doesn’t necessarily feel very premium, but the build quality is solid. It is not too difficult to use with one hand due to its comfortable size and non-slippery.

There is of course some preloaded bloatware, including several realme apps, Amazon, Facebook, and WPS Office. Apart from this, the phone also gets apps like browser, music and video apps as well as theme store, which are not removable. The theme store and browser push notifications frequently on the phone, but we didn’t have any problems with the rest.

The screen wasn’t bright enough for you to enjoy content in sunlight, and we did notice that the automatic adjustments sometimes didn’t work on their own when needed. Screen resolution is a bit low and colors aren’t as vivid, but everything still looked quite crisp and the content experience was decent. The speaker can also be called fine, but not the best. This is fine for game effects, but not for music lovers. Widevine DRM certification is L3 only, so HD video streaming is not possible.

Gaming is considered the main strength of MediaTek’s Helio G-series processors, so we tried out some popular games. Asphalt 9: Legends was smooth at maximum, but frame freezes during flips and crashes were seen in some scenes during gaming. Dead Trigger 2 ran without any problems. The rear upper part of the Narzo 20 got a little warm while playing heavy games.

The 6000mAh battery was definitely good for its capacity. We were able to use the Narzo 20 for about two days on a single charge. During this we streamed an entire movie, took tons of photos and videos, streamed tons of media content and played some games. The phone lasted 29 hours, 6 minutes in our HD video loop test. If we look at the battery capacity, charging was also relatively fast.

Like we mentioned, just to follow the trend, like the Realme C1x model, the new Narzo 20 phone doesn’t have to add an extra weak sensor, which is a good thing. Competitors may offer up to four cameras, but trust me, you won’t feel the need for a low-resolution sensor at all. However, the lack of a depth sensor is surprising, as it is a very low-cost feature that is available even in entry-level smartphones these days.

The primary camera is 48-megapixels, which does its job well and delivers decent photo quality. Colors are decent most of the time, but details are a bit dull and exposure isn’t always right. It offers the option to take pictures at the full 48-megapixel resolution, so you can take decent shots, but it’s useless to expect great details when a portion of the photo is cropped.

However, the depth of field works well and the Narzo 20 locks focus very quickly. There’s a portrait mode, which quickly detects the subject’s edge, but you can’t set the blur effect before or after taking a shot. As we expected, the quality of pictures taken with the ultra-wide camera was very poor and there was a lot of distortion in them.

At night, the Narzo 20 works fine. There is a lack of noise and details in the pictures as well as the colors of the shots are quite poor. There’s a night mode, which really makes a big difference. Bright areas aren’t overexposed and colors come out well, but that doesn’t mean shots are obviously better all the time. You compromise on the details.

The low-resolution macro camera can keep you entertained, but we can’t call the shots good. With the lack of details and sharpness, the colors are bound to fade.

The 8-megapixel front camera works well during the day, but isn’t very effective at night. Beautification is on by default. There’s also a portrait mode, which correctly detected my face, but added artificial blur to the background. Video recorded in 1080p, whether during the day or at night, is choppy and the details can’t be called spectacular. You can use the wide-angle camera, but you can’t switch between the two while recording video.

Realme has further complicated its product lineup with the release of the Narzo 20. This phone easily beats the Realme C15. Though the C15 starts at a low price, the Narzo 20 is actually less expensive when you look at its specifications. Narzo 20 has a better processor and overall its overall performance is clearly better. It also has a Type-C port and arguably more useful cameras.

According to Realme, the Narzo series prioritizes performance and gaming, while the C-series models offer bigger screens and bigger batteries, and the numbered series focuses on style, camera and quality along with premium features. It makes sense on paper, but there’s really nothing in the C1x series models that the Narzo 20 can’t do. The company could have made any one series thinner and lighter with a smaller battery, but it is not.

Hence Narzo 20 makes it a better and safer option to recommend as compared to its other brethren. This is a very strong offering in its segment. It is a good phone for a little over Rs 10,000, which also offers great battery life and good gaming experience.