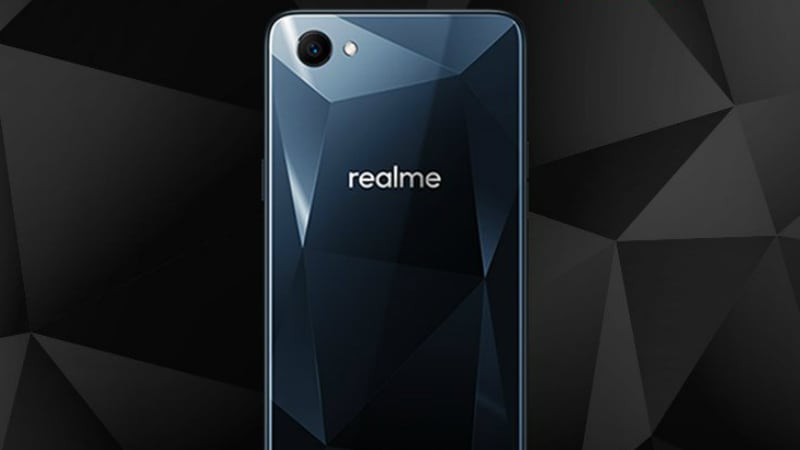 According to Oppo, its sub-brand Realme has understood the pulse of the Indian youth. Realme smartphones will currently be available exclusively on Amazon India. On the basis of its price, Realme is trying to compete with Xiaomi in the budget market segment. realme 1 The smartphone starts at Rs 8,990. It has 18: 9 display, RAM is 6 GB. It has a unique design with a fiberglass body. Android 8.1 Oreo out of the box will be available in Realme 1. The phone directly competes with the Redmi Note 5 Pro. Oppo has promoted it in a similar way. Does Realme 1 have enough power to prove itself ‘different’ and ‘better’ in a budget smartphone, let’s know …

The Realme 1 has a diamond-cut look at the back with a fiberglass body. Oppo says that it has made the back panel such that it reflects it in different directions when the light comes on. The design is really unique. One problem with this is that the phone easily catches fingerprints. Thanks to the 84.75% screen-to-body ratio, the Realme 1 looks compact and handy. The screen is not really borderless but the front look of the phone looks sleek and modern. Despite the plastic frame, the build quality is good. We dropped the Realme 1 several times but it didn’t hurt.

There is a slight bulge in the rear camera module. There is a volume rocker on the left side of the phone, which is not difficult to reach. The power button and SIM tray have been found on the right side. While many phones in this price range come with a hybrid SIM tray, the Realme 1 has two nano SIMs and separate slots for SD cards.

The absence of a fingerprint sensor is a concern, but the company has replaced it with facial recognition. Passcode option is available for security. Face recognition works better but there is a problem in direct sunlight and in low light.

The specifications of Realme 1 are attractive according to the price. The Octa-core MediaTek Helio P60 processor works in the phone, whose clock speed is 2.0 GHz. This feature makes it a competitor of Redmi 5, but it has the power to compete with the more expensive Redmi Note 5 Pro.

Realme 1 has a 6-inch Full HD + display. The display is a bit reflective and the viewing angles are not good. Colors are vibrant but the screen is too bright for outdoor use. We are glad that the company has not copied the notch display. Realme 1 has a 3410 mAh non-removable battery. The phone runs on Color OS 5.0, which is on top of Android 8.1 Oreo. The phone will get FM radio, GPS, A-GPS. Micro-USB port will be available in the phone. According to the trend, USB-Type C port has not been given in it. One SIM in Realme 1 will give 4G speed at a time. The second SIM will automatically shift to 3G.

During our review, everything went smoothly in the smartphone. Daily tasks like taking pictures, browsing the web, 4K videos were done with ease. Heavy games like Subway Surfer and Asphalt 8 also ran smoothly in Realme 1. The phone does not get too hot during this time. In the Antutu benchmark rating, the Realme 1 even beat the Redmi Note 5 Pro.

Realme 1 runs on Oppo’s modified Color OS 5.0, which is on top of Android 8.1 Oreo. The interface is smooth. The Settings app and Quick Launch panel are a bit hard. The app drawer is missing and the Google Now panel has been replaced with a custom screen showing options like weather, steps taken, favorite contacts, recent events. The positive thing is that unnecessary apps will not be found in it. However, in this, the user will get dual apps, three-finger screenshot shortcuts, theming apps and locking gestures. However, nothing has been said about the Android P update in the phone.

The battery given in Realme 1 is better. In our HD video loop test, the handset supported for 11 hours and 30 minutes. If the phone is used heavily, then the charger is needed only at 12-1 pm. Realme 1 smartphone does not support quick charging. It takes two and a half to three hours to get fully charged.

Realme 1 has a 13-megapixel rear camera, which comes with a single LED flash. The front camera is of 8 megapixels. The company says that it can recognize 296 facial points. It also has artificial intelligence feature.

The camera app like iOS is easy to use. It has panorama, time-lapse and AR stickers. It also comes with a pre-featured Pro Mode, which lets the user adjust shutter speed, ISO, exposure, aperture and white balance. AI based selfie camera automatically detects skin tone, skin type, age, gender. In our experience, the front camera got better pictures but there was a problem in low light. AI Beautification is better but comes with some unnecessary watercolor effects.

The camera app took better pictures in good light. It seemed to struggle in low light. AI Beautification is better but comes with unwanted watercolor effects. Both the front and rear cameras use the bokeh effect. Photos were not good. Edge detection was poor and detail was not good either. The 13-megapixel rear camera captures pictures with detail but remains dull. The sensor has poor dynamic range and seems to struggle with detail and auto-focus in low light. AR stickers are well applied. A total of 14 stickers can be used through the front and rear cameras.

The Realme 1 has a unique design, which may not mean that much to everyone. The 6 GB RAM that we reviewed performed better. Battery life is good. There is a dedicated microSD card slot and the display is also good. The lack of a fingerprint sensor, clumsy software and mediocre cameras prevent the Realme 1 from making it one of the best in its segment. Its 3 GB and 4 GB RAM variants are value for money products. It is certain that Realme 1 has created some trouble for Xiaomi.

Oppo is presenting the Realme 1 brand as a competition to Xiaomi. Oppo says that it will not sell it through flash sale. But it is not clear how many units the company will launch in the first place. The demand is obviously going to be high, so don’t be surprised if the phones go out of stock.