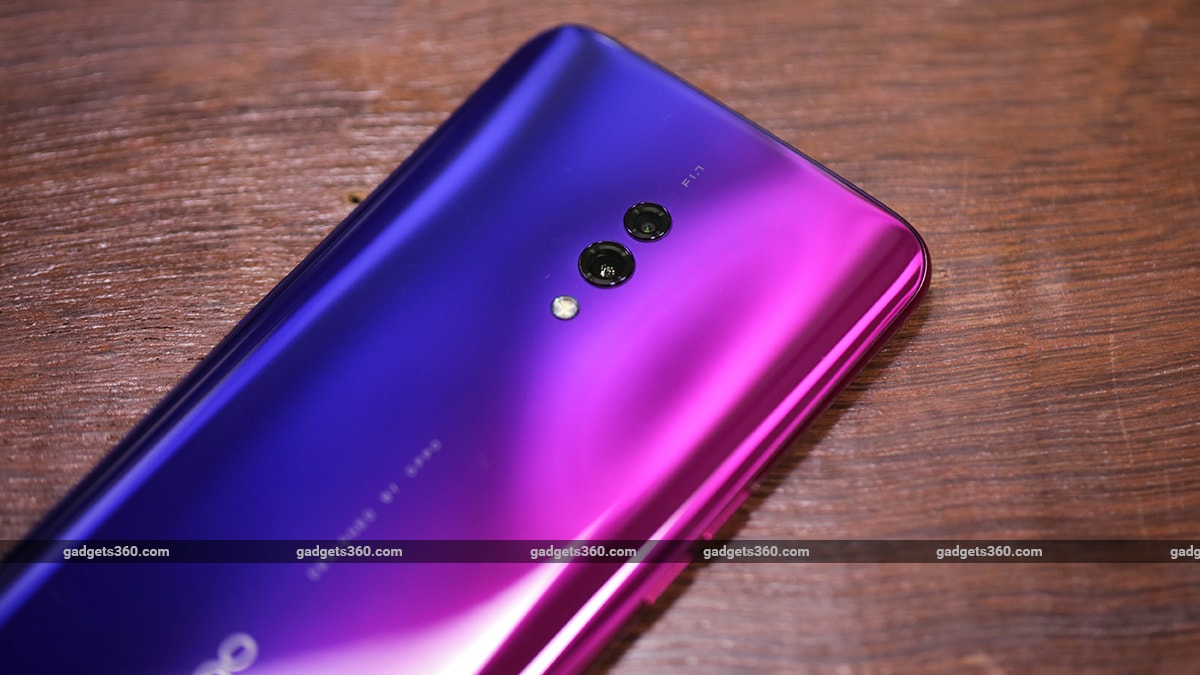 It seems that handset makers launching Android smartphones are trying to remove the notch from the front panel of the phone. Recently, many budget smartphones have been launched which have been launched with hole-punch or all-screen display. one good thing is Redmi K20 ,review) And Realme X ,review) are not that expensive either. Oppo has also recently Oppo K3 The smartphone has been launched and it is very similar to Realme’s current flagship Realme X.

Oppo K3 has also been launched in India in the same price segment as Realme X. In both the devices, only you will get to see the difference in design, RAM, storage and rear camera. Is Oppo K3 with an initial price of Rs 16,990 available in the market? Redmi Note 7 Pro ,review) And Vivo Z1 Pro ,reviewIs there a better option than )? Let’s know…

This is not the first time that we have seen similarities in design between Oppo and Realme phones. The length, width and weight of both the phones are also the same. The laminated back panel also makes stains easy, but we didn’t notice much of a scratch during the review. The polycarbonate body of the Oppo K3 looks premium and strong.
The button placement is also similar as compared to the Realme X. There is a dual-SIM tray on the right side of the phone but there is no option to expand the storage. The single speaker, USB Type-C port and headphone jack have been given at the bottom of the phone while the pop-up selfie camera has been given in the middle of the upper part of the phone. Sapphire glass has been used to protect the sensor.

Oppo K3 has a 6.5-inch AMOLED display that comes with full-HD + resolution. There is also Gorilla Glass to protect the screen. Colors look good on the AMOLED panel and the brightness of the phone is also good. For security, an in-display fingerprint sensor has been given, which unlocks the phone faster.

There are two color variants of Oppo K3 – one Aurora Blue (we have for review) and the other Jade Black. In the phone, you will get to see a dual-tone finish of purple and magenta colors, which looks very good and due to the lamination, when light falls on it, cool visual patterns are visible. In the retail box, you will get Vook 3.0 Fast Charger, USB Type-C Cable, Case, SIM Eject Tool.

Specification and software of Oppo K3

We have got its 64 GB storage variant for review, which has a lot of space. Oppo K3 includes Dual 4G VoLTE, Dual-band Wi-Fi 802.11 AC, Bluetooth version 5, USB-OTG, GPS support. The phone doesn’t have a notification LED but you can enable an always-on screen where you will see the clock, missed call alerts and SMS only.

Oppo K3 has FM radio but remember that Realme X does not have FM radio. This phone of Oppo brand runs on ColorOS 6 based on Android 9 Pie. Our review unit is running on the July Android security patch. The interface is easy to use and has many shortcuts and gestures that we saw in the recent Realme X as well.

The Oppo K3 has Dolby Atmos Boy enabled by default when the phone’s speaker is used. ColorOS does not send you unnecessary notifications but the Oppo App Store app does send you notifications but you can also disable them by going to the app settings. In the phone, you will get pre-installed some third party apps like NewsPoint, UC Browser, Dailyhunt etc., but you can uninstall them if you want.

If you keep the phone in the pocket, it feels heavy and it is not easy to use the phone with one hand. We recently reviewed the Realme X and now after reviewing the Oppo K3, we found the general experience to be very similar. Sometimes the Oppo K3 slips out of hand but thankfully, a case is provided in the retail box which helps in maintaining the grip on the phone.

The phone runs Android well and we did not complain about the phone getting hot. The phone got a little hot during gaming. The Snapdragon 710 processor given in Oppo K3 has good integrated graphics capability. Asphalt 9: Legends and PUBG Mobile both played well on high graphics settings.

The larger display may be troublesome to use for normal use but you will have a good experience watching movies or playing games. Due to the good color saturation and high brightness of the AMOLED panel, the content on the display is good to watch. Apart from this, good and loud sound comes from the speaker with Dolby Atmos.

The ejection and retraction mechanism in the pop-up camera is fast, due to which the face recognition works well. Screen light helps to unlock your phone in low light. 3,765 mAh battery has been given to bring life to Oppo K3, Realme X also has the same capacity battery.

Our battery loop test results are pretty much the same. In our HD video loop test, the Oppo K3 lasted for 14 hours and 46 minutes, and the phone lasted for more than a day on normal usage. The fast charger that comes with the phone charges the phone from 0 to 52 percent in half an hour and up to 91 percent in an hour.

The rear camera of this phone is slightly different than that of Reality X. Oppo K3 has a 16-megapixel primary camera, which has an aperture F / 1.7. There is also a 2-megapixel depth-sensing camera for use in portrait mode. The autofocus system in Oppo K3 is fast and it doesn’t take much time to lock focus on the subject.

Photos are saved quickly as soon as you click on the Shutdown button. Landscape shots taken in daylight captured detail well, color saturation was good and HDR also handles exposure well. There is also a Chroma Boost feature in the camera app, which we have seen in Realme’s phone, in which it is called Diesel Color. Sharpness and detail were captured well in close-up shots, although the camera’s AI boosts the primary colors.

The pictures taken in indoor artificial light were also good. The details were captured well, the colors also looked good and there was no noise in the pictures. Focusing speed was also good. While shooting outdoors at night, the pictures came out well but there was a lack of detail. This problem is fixed with Night Shooting mode which improves brightness in dark areas, fixes overexposed areas and makes up for lack of detail in scenes.

The Oppo K3 packs a 16-megapixel selfie camera, which captures good selfies even when shooting against light. HDR is very effective but the camera struggles to capture good detail in low light. The default beautification setting is a bit too aggressive in smoothing the skin.

Talking about videos, the Oppo K3 is capable of recording up to 4K resolution but without any stabilization. Image quality is good but colors seem a bit boosted. Continuous autofocus is also fast and there was no problem even when switching between two subjects. Stabilization is available at 1080p which works well. Picture quality is average in low light.

The camera app is easy to use and the viewfinder has an option to activate Google Lens in addition to the standard shooting modes like Time Lapse, Panorama, Expert and Slow-motion.

Oppo K3 is a good all-rounder phone. We have 64 GB storage variant, which costs the same as the base variant of Reality X, while on the other hand the price of 6 GB RAM variant of Oppo K3 is Rs. realme x Similar to the 4GB RAM variant. Cameras are also different in both the devices but from our experience the Oppo K3 smartphone has been very close to the camera performance of Realme X.

Oppo K3 is an online exclusive phone and is available for sale only on Amazon.in. On the other hand, Realme X is also sold through flash sale and it may soon be available on Realme’s offline store as well. Let us know that the top variant of Oppo K3 has the same RAM and storage as Reality X.