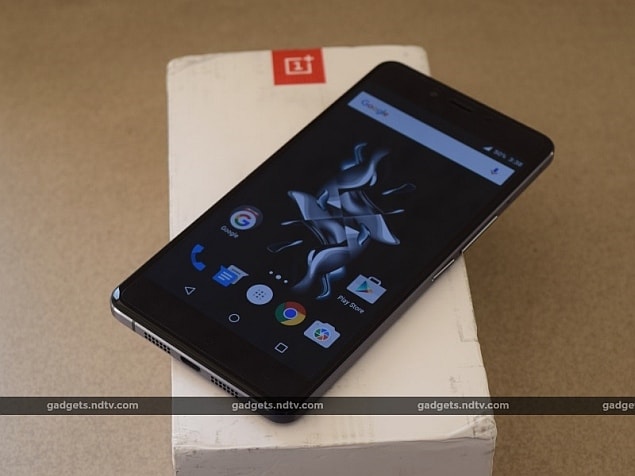 you have so far oneplus Have heard about it many times. This Chinese smartphone maker has been a part of the headlines continuously for the last two years. For this the marketing capability of the company is commendable. To sell a limited number of handsets, the company introduced a unique invite system. The effect of great marketing was that there was a huge gap between demand and supply.

This year only ‘Flagship killer’ oneplus 2 After launching, the company has now launched a slightly affordable handset. oneplus x 16,999 has been launched for Rs. At first glance, all we can say is that this is the mini version of the OnePlus One. How is the performance of this handset? Let us know through review.

look and design
The OnePlus X is a bit smaller than both the handsets of the company, due to which it feels much easier to use. Apart from reducing the length and width, the OnePlus X is also thinner. Due to the curved edge of the metal frame, glass back and glass front, the X handset is attractive in appearance and feels good in the hands.

The back panel of OnePlus X is made of glass. The good thing is that the handset looks sturdy. The camera and flash are present on the top left of the handset.

Let us tell you that after unpacking the review unit, we had problems with the power and volume buttons for the first two hours. The power and volume buttons of the review unit we received went out automatically. However, we fixed it after a while. We cannot say for sure whether this will happen with every handset or whether it is a production defect.

We liked the feature with the notification slider. It’s a three-position switch that lets you set how many notifications you get. While this feature may be very useful to many users, it was not of much use to us.

The OnePlus X sports a 5-inch full-HD AMOLED screen which we really liked. It is extremely sharp, detailed and vibrant. It is soothing to the eyes and it is easy to read on it even in sunlight.

OnePlus X comes with a protector film provided by the company. This is a commendable effort, as most people prefer to use a screen protector on their device.

Specifications and software
The OnePlus X is powered by a 2.3GHz quad-core Qualcomm Snapdragon 801 chipset and is powered by an integrated Adreno 330 GPU for graphics. Even though the chipset is not the most modern, but its performance is good. The use of older chipsets in handsets released in late 2015 would be questionable, but we are satisfied with the performance of the OnePlus X at this price point.

The OnePlus X comes with 16GB of internal storage, dual-SIM connectivity, 3GB of RAM, and a 2525mAh battery. Sadly, the device does not support fast charging.

The handset is equipped with the second version of the company’s own Oxygen OS. There is an option to update the OS as soon as the device is connected to the Internet. Let us tell you that the latest Oxygen OS is based on Android 5.1.1.

Oxygen OS is very similar to stock Android Lollipop. With this, the user gets the App Permissions screen through which they can define the permissions of each app.

camera
OnePlus X has a 13-megapixel primary camera with f/2.2 aperture. There is also a single-tone flash with it. The device has an 8-megapixel front camera with f/2.4 aperture. Both the cameras allow users to record 1080p video in normal mode. Slow-motion videos can also be recorded with the rear camera.

Its camera app is designed like Google Camera, but it also has some differences. You can easily set photo and video resolution.

Camera works fast. It is excellent in terms of color and lighting reproduction. The combination of shadows and sunlight was excellent in outdoor shots. Good lighting in indoor and pictures taken in low light were also fine. However, a closer look at the sample shot clearly showed the lack of detail.

performance
The OnePlus X is a good performer. The strong chipset is also helped by 3GB of RAM. Our test videos and games played smoothly on the device. However, the handset did get hot while playing Angry Birds 2 and Dead Trigger 2. It also affected the battery.

The call quality of the phone was good. Connections to Wi-Fi and mobile networks also remained uninterrupted. The sound from the handset’s speaker is a bit weak, although the output in the headphones is good.

In our video loop test, the OnePlus X’s battery lasted for 11 hours 54 minutes. However, we are not very satisfied with the performance of the battery in daily use. The battery will last only for a day. The battery does not drain much when making phone calls and messages, but compared to other devices, this handset drains the battery faster when browsing the web and playing games.

our decision
OnePlus has made a lot of headlines in the smartphone world in a very short time. The company has so far introduced such products whose specifications are those of flagship devices, but the price is very low. However, questions have been raised on the quality of the handset and the invite system. Despite this, the company has managed to attract the attention of the people.

Now let’s talk about OnePlus X. It is a good mid-budget device that delivers strong performance with the old chipset. It also looks good and gives a premium feel. However, questions are raised about its build quality and the lack of detail in the performance of the camera. The negative effect of overheating of the device is seen on its battery. If you manage to get an invite for the handset, you will end up buying a decent phone in terms of performance, looks and software.