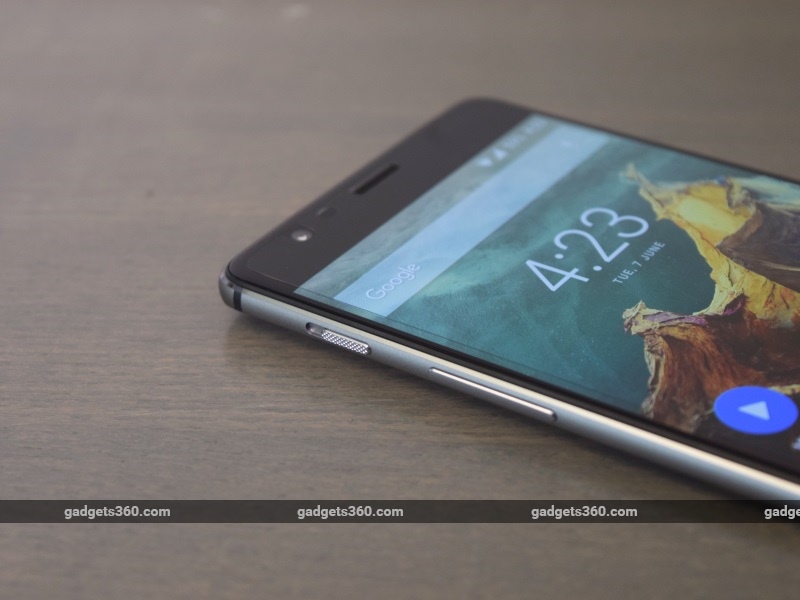 Although OnePlus has caught the attention of many smartphone buyers in the last two years, they have not been the ‘flagship killer’. These smartphones were introduced by the company in the same way as the flagship smartphone. The performance of the OnePlus 1 (Review) smartphone was excellent but it disappointed in the design, battery and camera department. The OnePlus 2 (Review) was spotted lacking in software and fingerprint sensor, along with several other flaws. OnePlus X (Review) has been the company’s most affordable phone so far, but we found some issues with its build and camera. Leaving all this aside, it was extremely difficult to buy a OnePlus device under the company’s invite system.

Looks like OnePlus has listened to the user’s mind. The company has now finally end the invite system And has introduced a new flagship smartphone in its affordable phone series. oneplus 3 27,999 and this smartphone is giving a new challenge in the flagship phone category with this price. However, this smartphone is considered to be another successful smartphone. Xiaomi Mi 5 ,review) will get a tough competition. Will the OnePlus 3 be a successful phone? Know the shortcomings and features of this phone in our review.
look and design
In OnePlus 3, the company has made a huge change, due to which the design of the phone has completely changed. The rear panel that comes with standtone finishing has been done away with. It has been replaced by cold, hard aluminum. Apart from this, this phone is made of unibody with a dual metallic finish, so that this phone HTC One M9 reminds me of. The OnePlus 3 is a beautiful, well-built phone and it ultimately puts OnePlus in the league of great design players.

The front of the phone is also quite stylish. Corning Gorilla Glass 4 has been given with curved edges on the edge of the screen, which protects the phone from any kind of scratches and damages. Apart from this, there is a capacitive home button at the front with fingerprint sensor inbuilt. There are two more capacitive buttons on either side of the home button. Usually these buttons are invisible but touching the button activates the backlight. These buttons can also be deactivated with the help of the software provided in the phone and you can switch to the on-screen buttons at your convenience. Our review unit already had a screen protector film installed, but it doesn’t cover the front completely and gets scratched easily. That’s why we would prefer a phone without a screen protector film.

Compared to OnePlus 2, there has been a significant change in the fingerprint sensor given in OnePlus 3. It easily unlocks the phone and even when it is in standby mode, the phone gets unlocked as soon as the device is activated. The fingerprint sensor of the OnePlus 3 is much faster than many other devices, with the Mi 5 also having to first press on the physical home button to unlock the phone. Up to five fingerprints can be stored on the OnePlus 3 and the sensor can also be used to authorize purchases and access controls for certain apps.

The sides of the phone are well designed. The well-known alert slider and volume buttons of OnePlus are given on the left side. On the right side is the power button and dual SIM tray. At the bottom are the speakers, USB Type-C port and 3.5mm socket. Although the phone is thin at 7.35 mm, but due to the curved rear, the phone looks very thin at the edges. Along with this, the OnePlus 3 is also convenient to hold. It is worth noting that the primary camera is quite on the outside and it can be damaged if you use the phone without a protective case. The user gets five plastic case options that you can buy with the phone in different looks and finishes. There are five plastic case options: Carbon, Bamboo, Apricot, Rosewood and Sandstone. The texturing done on the case is very beautiful and the phone looks quite beautiful even without the case.

The OnePlus 3 sports a 5.5-inch display with 1080×1920 pixels resolution, similar to the previous phone, and a density of 401 ppi. However, this time OnePlus has used the AMOLED screen. Amoled screen was also given in OnePlus X. There is a polarizing layer to make the phone readable in sunlight. Although it is not as crisp as the 1440×2560 pixels that many flagship smartphones come with these days, it is quite sharp and gives great picture quality.

Specification
The Qualcomm Snapdragon 820 processor is finally coming into the limelight and now there are many devices available with this processor in India. LG G5 ,review), then all the models that come with this processor are priced under Rs 30,000. Recently Rs 22,999 LeEco Le Max 2 launched It is also included in this list. Not only is the OnePlus 3 powered by this powerful processor, but it also packs 6GB of LPDDR4 RAM and 64GB of non-expandable internal storage.

Apart from this, the phone supports 4G connectivity on both the SIMs for FDD Band 3 and TDD Band 40. Features like Wi-Fi a/b/g/n/ac, Bluetooth 4.2 and NFC are present in OnePlus 3. To give power to the phone, 3000 mAh non-removable battery has been given and this is the first device from the company to come with any kind of fast charging technology. This phone comes with a 20 watt dash charger, which charges the phone up to 60 percent in 30 minutes. The phone gets fully charged in just one hour of charging.

Charging and connectivity is done through the USB 2.0 Type-C port in the phone and the computer and charger can be connected with the cable that comes with the phone.

Notably, OnePlus will also sell a specially designed dash charger that can be integrated into a standard 12W car socket. We connected this charger to the phone, although the charging was not quite as fast as a wall-shocket charger, but it could be a handy accessory if you travel most of the time.

Software
Talking about the software of OnePlus 3, then OnePlus 3 runs on OxygenOS 3.1.1 based on Android 6.0.1. OxygenOS works a lot like stock Android Marshmallow. It also has some useful new features. OxygenOS offers a variety of customized options in the phone, while most of the features of Marshmallow have also been maintained in the phone. These include a redesigned app permission system, now on tap, and dose mode. OxygenOS allows you to unlock the bootloader quickly.

One of the most important features of the OnePlus 3 is the shelf, which can be accessed by swiping right on the home screen. This gives you quick access to weather information, most frequently used apps, widgets, and contacts. Other options such as adaptive brightness, color temperature setting, ambient display mode can be accessed from the Settings menu. The ambient display can use the proximity sensor to give you basic information without ever having to access the phone. Apart from this, you can also choose the default keyboard option using Swiftkey.

Apart from this, some other customization options also include a ‘Dark Mode’ to activate the phone by changing the color of the menu to a dark shade, customizing the LED notification light color for different functions.

camera
The primary camera of OnePlus 3 is 16 megapixels with Sony IMX 298 sensor while the front camera is 8 megapixels with 1.4 micron pixels. The rear camera can record 4K video and slow motion video can be recorded at 120 frames per second. Whereas the front camera can record slow motion video with 1080 pixels at 30 frames per second. Apart from this, the rear camera also has optical image stabilization, phase detection autofocus and raw image format support.

The Camera app is Google’s stock app that you see on Nexus devices. This app is designed in a simple way and occupies most of the screen space for the viewfinder. For this reason there is a single shutter button for taking pictures and recording video is a two-step process. Modes like Time Lapse, Slow Motion, Video, Manual and Panorama can be accessed with a small toggle in the top left corner.

While taking pictures, you can also toggle the self timer. Apart from this, there are also control options for flash, HD shooting, HDR mode and camera switcher. The camera app is very easy to use but we have seen better apps on other devices with more controls.

When shooting outdoors in good light, the phone gives sharp pictures with detailing but the pictures seem a bit scattered. The colors come out very vibrant and the pictures also look bright and good. The autofocus is slow at times, but once the subject or scene is locked, the pictures are good. Both optical and electronic image stabilization helps in capturing good quality pictures and videos. But photos taken with the camera in low light tend to oversaturate and get scattered.

The phone can make great videos with detail even at full-HD resolution. And you always have the option of 4K video recording for better sharpness. Slow motion and time lapse modes give good results. The front camera has been able to take very sharp pictures and it gives much better pictures than other typical smartphones. Overall, the camera of the OnePlus 3 delivers far better results than shooting a simple smartphone.

performance
The OnePlus 3 proves to be a powerhouse among the smartphones we’ve reviewed so far powered by the Snapdragon 820 processor. From playing games to loading web pages, from opening apps to taking pictures, everything works perfectly. The performance of the phone is excellent with 6 GB RAM. There is no problem in the phone regarding heat and performance in any way and the phone works well even when doing heavy work.

Talking about the benchmark figures, OnePlus 3 has broken some records with its tremendous performance. The OnePlus 3 is the best phone among the most powerful Android smartphones we have ever used.

The phone worked well on the cellular network. The phone always works well on 4G and Wi-Fi connectivity. The OnePlus 3 delivers better call quality and the dual-microphone setup of the device also ensures good voice transmission. The phone’s battery lasted 16 hours in our video loop test. Lasted 45 minutes. This phone can easily go for a day without charging even on continuous 4G network and doing serious work.

our decision
After the last three smartphones, OnePlus has finally managed to make the OnePlus 3 a great phone. Good work has been done in every department in the phone and OnePlus has eliminated all the problems seen in the previous device in this phone. The phone has essential features like NFC, accurate fingerprint sensor, great AMOLED screen and fast charging options, which makes this phone live up to the expectations everywhere.

But, the OnePlus 3 isn’t entirely perfect. Although 64 GB of internal storage is sufficient, but some people may find the lack of expandable storage in the phone a problem. The single speaker is a bit weak and we encountered some file format recognition issues in the phone due to which we could not play some video and audio files. Photos taken in low light from the phone were not as per our expectation. But apart from all these minor flaws, the OnePlus 3 is a great smartphone. Coming with these features and capabilities for Rs 27,999, this phone can prove to be a ‘flagship killer’.