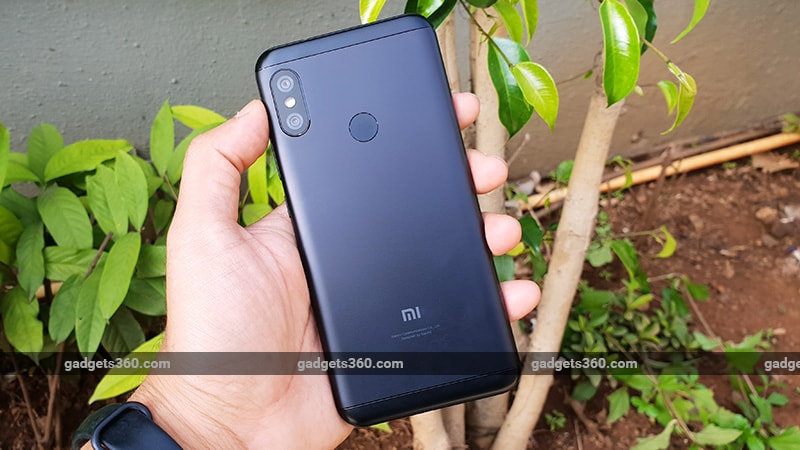 Every smartphone maker tries to launch as many handsets as possible in the budget segment. To maintain its dominance in this segment, Xiaomi recently launched three new budget Redmi smartphones in the market. Redmi 6 is the most powerful handset of the series Redmi 6 Pro, This is the first model outside the Redmi Note series in which Xiaomi has used the name ‘Pro’.

Usually Xiaomi uses the name ‘Pro’ to indicate powerful hardware. There is no doubt that the Redmi 6 Pro comes with the most powerful processor compared to the other two handsets of the Redmi 6 series. But this device has got a different identity due to the display notch. This is also the first Redmi phone to come with this feature. Many important specifications of the new model Xiaomi’s current Redmi Y2 ,review) And Redmi Note 5 ,review) match the smartphone. In such a situation, the question in our mind is that apart from the notch, what other features does Redmi 6 Pro come with? Through the review, we will find the answer to this question.

Being the flagship phone of the Redmi 6 series, an attempt has been made to make the Redmi 6 Pro a bit premium, such as the metal backplate on the back. However, the overall design is not much different from other Xiaomi devices in this price range. The phone is quite thick. Feels great in hands too. But it gets managed. Buttons give good response. On the left side, you’ll find a tray that houses separate slots for two SIM cards and a microSD card. One thing to note is that there is no dual 4G VoLTE support in the Redmi 6 Pro, which means that only one SIM can connect to the 4G network at a time.

The port placement is correct. The mono speaker is on the right side of the grille bottom. In such a situation, the chances of it getting blocked while using the phone in landscape mode are very less. The headphone socket is on the top. There is also an infrared ammeter with the help of which the phone can also act as a remote control.

We got the Black variant for review which comes with a matte finish. Fingerprints do not fall easily on it. You will be able to buy Redmi 6 Pro in Blue, Red or Gold colours. The fingerprint sensor is easy to reach and works well. There is a vertical dual camera setup on the back side. It’s slightly protruding from the surface, but not uncomfortable.

The most important feature of Redmi 6 Pro is the 5.84-inch full-HD + display. Contrast and brightness levels are adequate. Xiaomi told us that the display also has a layer of toughened glass. Which company is this from? Didn’t tell it. The display area has increased due to the notch. But the bezels on the sides are just too wide. The chin is quite wide at the bottom. According to us, the notch design of this phone is not very attractive. At the same time, for some reason Xiaomi has placed the notification LED in a strange place. It is located in the bottom left corner of the chin, while there is a lot of space in the notch.

In the retail box, you will get a cover of the Redmi 6 Pro handset, SIM ejector tool, USB cable and 10 W power adapter.

Qualcomm’s Snapdragon 625 processor has been used in the phone, which is two years old, but is still fully capable for common tasks. Gaming performance is not great. The PUBG game runs on the lowest graphics settings by default. Even after this the gameplay is not very smooth. Our review unit was running on the pre-release version of the MIUI software. For this reason, we were not able to do most of the benchmark tests. Xiaomi did inform us that the software will remain almost the same.

Two variants of Xiaomi Redmi 6 Pro have been made available. One has 32 GB storage with 3 GB RAM. The second one has 4 GB RAM and 64 GB storage, which we have reviewed. The phone has support for Bluetooth 4.2, dual-band 802.11 Wi-Fi a / b / g / n, GPS, USB-OTG and GLONASS. Gyroscope, ambient light sensor, compass and accelerometer are part of the smartphone. It also has FM radio, but no NFC support.

Our review unit was running on MIUI 9.6 based on Android 8.1 Oreo. Also, the phone had the security patch of July. If Xiaomi is to be believed, all the phones in the Redmi 6 series will get the MIUI 10 update in the future.

Many gestures and customizable functions in MIUI have also been given in Redmi 6 Pro, which we have already come across. Xiaomi has also given the facility to hide the notch. The system does not always scale properly to the reduced aspect ratio. We found that some menu buttons and some content in many apps were also getting cut due to masking. Face unlock is also provided which works fine in most circumstances, except for pitch darkness.

Redmi 6 Pro is very smooth in common use. The interface doesn’t look awkward. Face recognition was fast. The phone does not get hot. Casual games go well. But games with more powerful graphics have to be played in medium or low settings. We found that even with 4GB of RAM, the load times of games were higher than expected. Multi-tasking between apps isn’t always extremely smooth. The touch response of the display is good. Colors are Vivid and Punchy. Because of this, the video watching experience on Redmi 6 Pro remains great.

Audio performance is also good when using headphones. But the speaker does not make a very loud sound. The stock music player comes with Hungama Music integration. At the same time, the default video player also shows trending music videos from YouTube as suggestions in addition to local files.

There is a camera of 12 megapixels in the dual rear camera setup given in the vertical position. It is equipped with f/2.2 aperture and phase detection autofocus. Autofocus works very quickly in sufficient light. There’s also Auto HDR which does a good job of balancing exposure. There was no shortage of detail in landscape shots in daylight and the colors were also breathtaking. The primary sensor lags a bit in taking macro shots. In a close up shot, the white balance is sometimes correct, sometimes it is not. We were often forced to tap to focus to get the white balance right. It also took some time to save HDR photos. Because of this it was not easy to take blur free shots at night.

Autofocus speed drops significantly in low light. It takes more time to save a regular image. It would be suggested to keep HDR off, otherwise it will take more time to save the pictures. Details are lost due to the noise reduction process. Colors also look dull.

The camera app is simple and easy to use. Portrait mode is also present, which is made possible due to the secondary 5 megapixels. However, edge detection is very average. You cannot set the level of background blur before or after taking a shot. The 5-megapixel selfie camera takes decent selfies in sufficient light. But due to the lack of screen flash, the pictures get grainy in low light.

Video performance is also fine. Stabilization works well. You will be able to record videos up to 1080 pixels at most.

Battery life is one of the key features of the Redmi 6 Pro. The 4000 mAh battery easily lasted for a day. A little battery remains for another day as well. The battery consumption is not very high while playing games with powerful graphics. In our video loop test, the battery died after 16 hours and 45 minutes, which would be considered very good. There is no support for fast charging in the phone. But the 10-watt charger provided with it gives 55 percent battery life in an hour. It took about 2 hours 35 minutes for the battery to charge from zero to full.

If we look at the current phones of Xiaomi’s Redmi series, then the Redmi 6 Pro does not present a very strong claim. It doesn’t have any major drawbacks, but it doesn’t offer anything very new or different than the Redmi Note 5. And the variant with the same RAM and storage of Note 5 is also Rs 1,000 cheaper. You also have Redmi Y2 in the price of Redmi 6 Pro which has better front camera. But you have to compromise on display resolution and battery capacity. If seen, Xiaomi has created confusion regarding its own portfolio.

However, notches are in demand these days. We think that many people would like to buy the Redmi 6 Pro just for this feature. If you are not too interested in the notch, then we recommend you to replace the Redmi 6 Pro. Asus ZenFone Max Pro M1 Or would suggest buying Redmi Note 5.