Realme Narzo 50 5G Expected to Launch in India in May: Report 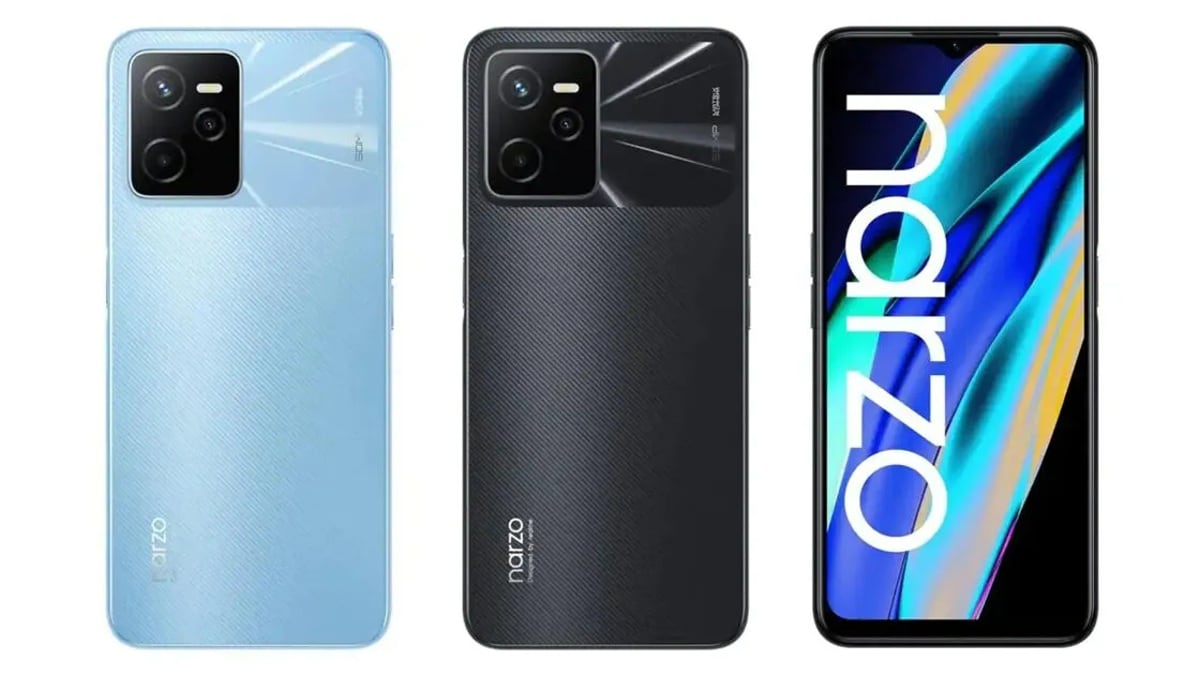 Realme Narzo 50 5G is reportedly going to arrive in India in May. This new addition to the Realme Narzo 50 lineup could offer three RAM/ storage configurations at launch. It is believed to be a 5G variant of the 4G-enabled Realme Narzo 50 handset that was released earlier this year in February. There has been no official word regarding this rumoured handset from Realme. However, we can expect more information to surface in the coming weeks as its expected release inches closer.

The Realme Narzo 50 5G is expected to be equipped with a 50-megapixel primary camera at the back. It might feature a 5,000mAh battery with support for fast charging. This smartphone is said to sport a full-HD+ display. It could boot the Android 12-based Realme UI 3.0 skin out of the box.

In related news, Realme recently released the Realme Narzo 50A Prime in India, which has a 6.6-inch LCD screen with 600 nits of peak brightness and a touch sampling rate of 180Hz. The handset is powered by a Unisoc T612 SoC, which is paired with a Mali-G57 GPU. For optics, the Realme Narzo 50A Prime features a triple rear camera setup headlined by a 50-megapixel primary sensor along with an unspecified monochrome portrait sensor and an unspecified macro sensor. There is also an 8-megapixel AI camera in the front for selfies and video calls. The smartphone houses a 5,000mAh battery with support for 18W fast charging. It packs 4GB of RAM and up to 128GB of onboard storage (expandable up to 1TB via a microSD card).