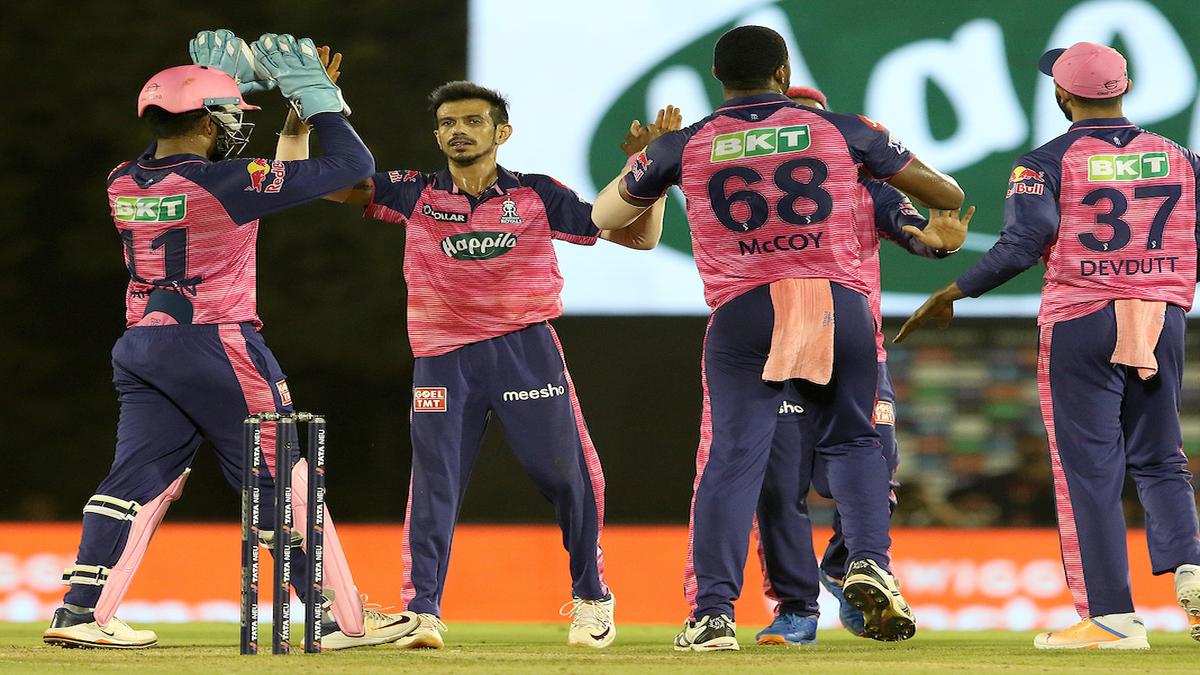 Rajasthan Royals became the third team to qualify for the Indian Premier League (IPL) 2022 playoffs during its match against Chennai Super Kings at the Brabourne Stadium in Mumbai on Friday.

Royals booked their last-four berth after scoring 11 runs off the first over, chasing CSK’s 151 for six, and in the process ensured that their Net Run Rate (NRR) cannot mathematically fall below that of Royal Challengers Bangalore.

A win against the four-time champion on Friday will help Rajasthan overtake Lucknow Super Giants and cement the second spot on the points table, setting up its Qualifier 1 against table-topper Gujarat Titans.

Royal Challengers and Delhi Capitals remain in contention for the remaining playoffs spot and the latter’s match against Mumbai Indians on Saturday will decide the fourth team to make it to the last-four stage.