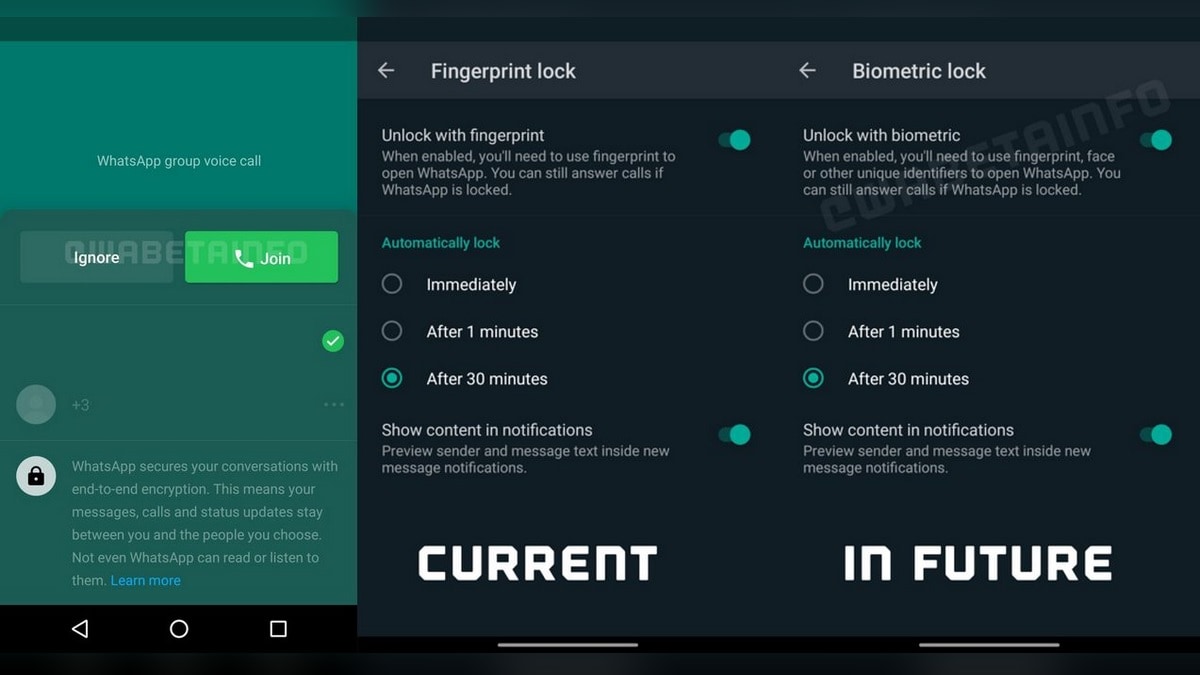 WhatsApp is reportedly working on two new features these days – ‘Join Missed Calls’ and ‘Biometric Lock’. It has been informed in the report that both these features have been seen in the beta version 2.20.203.3 update. With the help of ‘Join Missed Calls’ feature, users can be a part of missed group calls. At the same time, other options have been added in addition to fingerprint, improving the authentication process through the ‘Biometric Lock’ feature. It has been told that these two features are currently in the works, although they can be introduced in WhatsApp with future updates.

of WABetaInfo Report According to reports, WhatsApp is testing two new features these days, both of which have been seen in the latest beta update version 2.20.203.3. One feature is named Join Missed Calls feature, with the help of this feature users can be part of missed calls on WhatsApp. However, this feature will work only if that call is still going on, after which the user can join that group call in the middle as well. As seen in the screenshot shared by WABetaInfo, users will get two options with this feature ‘Ignore’ and ‘Join’. If the ongoing call is important to you, you can also click ‘Join’ later to be a part of that call midway. If you don’t find the call necessary, you can ignore it.

Talking about the ‘Biometric lock’ feature, WhatsApp is reportedly going to add other options besides fingerprint scanning to the authentication process. Till now, you used to get only fingerprint lock option in the privacy settings of WhatsApp, but now it seems that this option is going to change, in which biometric lock will be introduced in which face lock can be included.

At the moment, it is not clear when these two new features will be introduced in the app. It is also worth noting here that both these features are under development, which is not available for beta built users as of now.

Let us tell you, recently in beta update version 2.2043.7, it was revealed that voice and video calls will be available in web / desktop soon. Support To be added, in which till now only messaging facility was available. However, this feature is available for Android and iOS apps.