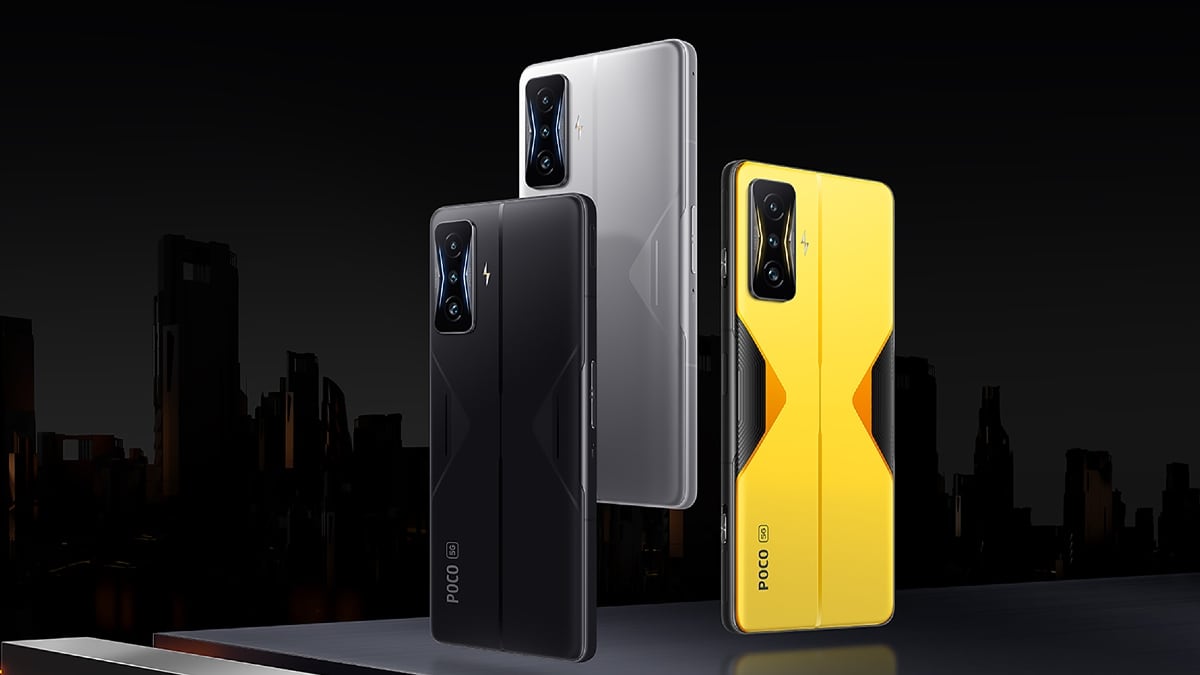 Poco F4 GT smartphone was launched globally on Tuesday. The smartphone is a rebranded version of the Redmi K50 Gaming Edition handset that was launched in China earlier this year. The Poco F4 GT is marketed as a ‘hardcore gaming flagship’ that delivers ‘apex performance’ with the help of UFS 3.1 storage, LPDDR5 RAM, Snapdragon 8 Gen 1 SoC, and LiquidCool Technology 3.0. It comes with magnetic pop-up triggers, a CyberEngine super wide-band X-axis motor, and four speakers (two tweeters and two woofers).

The dual-SIM Poco F4 GT runs Android 12-based MIUI 13. It sports a 6.67-inch full-HD+ (1,080×2,400 pixels) AMOLED display with 120Hz refresh rate, and Corning Gorilla Glass Victus protection. It comes with a 480Hz touch sampling rate, and Displaymate A+ rating, as per Poco. The Poco F4 GT phone is powered by a Qualcomm Snapdragon 8 Gen 1 SoC that is paired with LiquidCool Technology 3.0. The technology offers dual VC cooling with 4,860mm square heat dissipation area to keep the temperature under control. Poco is offering up to 12GB of LPDDR5 RAM with the phone.

For photography, the Poco F4 GT smartphone comes with a triple rear camera setup. There is a 64-megapixel Sony IMX686 primary sensor, which is paired with a 6P lens that has an f/1.9 aperture. There is an 8-megapixel sensor paired with an ultra-wide f/2.2 lens that has a 120-degree field-of-view, and a 2-megapixel macro shooter with f/2.4 lens. The camera setup also gets a Flicker Sensor that allows you to capture clean images when taking photos from screens. For selfies, the phone comes with a 20-megapixel camera that has a Sony IMX596 sensor and f/2.4 lens.

The Poco F4 GT comes with RGB lights on the camera module. These light up when you are playing, when the phone is on charging, and also to show notifications. The smartphone also gets magnetic pop-up trigger buttons for great gaming experience. Other features on the Poco smartphone include triple microphone setup, Symmetrical quad speakers (two tweeters and two woofers) with Dolby Atmos, and CyberEngine ultra-wideband X-axis motor.

The Poco F4 GT gets a side-mounted fingerprint sensor, and an AI Face Unlock feature for biometric security. The Poco phone also comes with a 4,700mAh battery with 120W fast wired charging, which is claimed to fully charge the phones from zero to 100 percent in 17 minutes. The phone measures 162.5×76.7×8.5mm and weighs 210 grams.