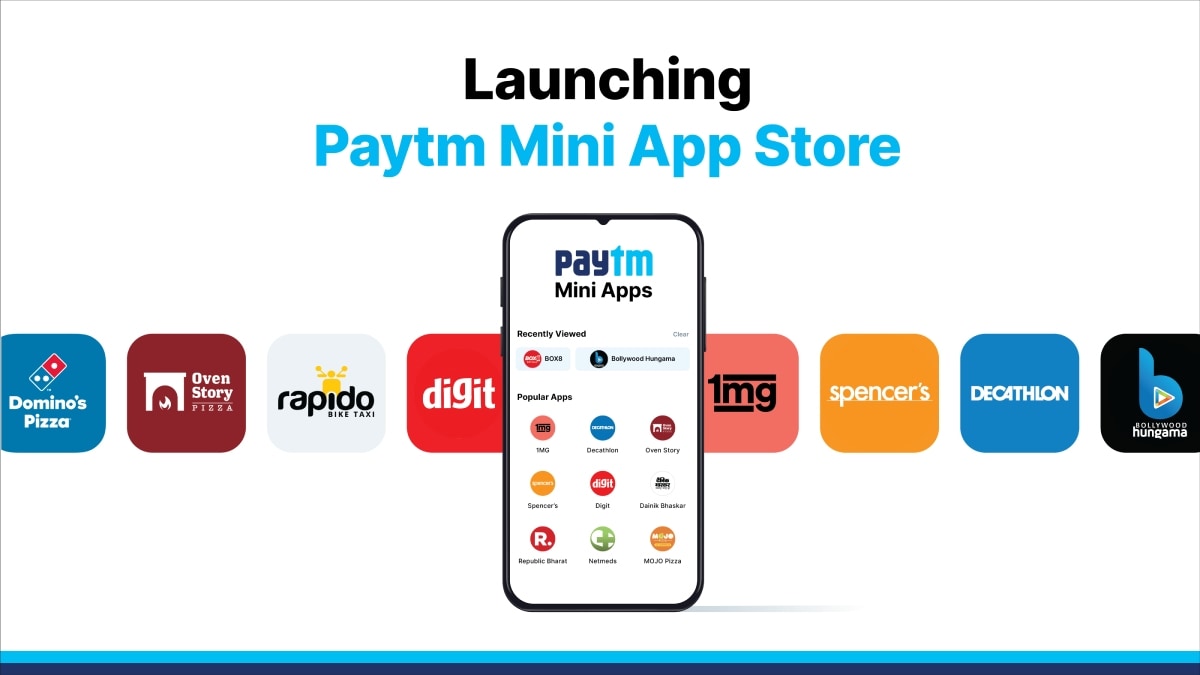 Paytm Mini App Store has been launched, which is present inside the digital payment app. The company announced this on Monday. Let us tell you, a few days ago in India, Tech Entrepreneurs had demanded a National App Store, but Paytm Mini App Store is a little different from this. It provides links to Progressive Web Apps (PWAs), which are lite apps that can be run in a web browser without downloading and installing them, rather than native apps and developer tools. Currently, only a few apps are listed in the Mini App Store, but Paytm plans to list 300 apps in the coming days.

According to the Paytm press release, Mini App store is designed for small developers and businessmen in India to build low-cost and easy-to-build apps using HTML and Javascript. The company says that these apps open inside the Paytm app and their listing will also be absolutely free.

Paytm will also provide free payment avenues to developers with Paytm Wallet, Paytm Payments Bank and UPI. However, the point to be noted here is that there will be an extra 2% charge on payment through credit card. For developers, Paytm has provided dashboards for analytics, payments collection and various marketing tools to engage users.

Let us tell you, Mini App Store is currently in beta testing phase for some time, in which some apps have been included like AQI Monitor, EMI Calculator, MojoPizza, Horoscope, Speedtest and Unit Converter etc. However, Paytm says that more than 300 apps have been included in the program, including Decathlon, Domino’s Pizza, FreshMenu, Netmeds, NoBroker, Ola etc. Soon these apps will be included in the Mini App Store.

It is worth noting that last month Paytm was removed from Google Play. The company has confirmed that the reason behind Paytm’s removal is the addition of fantasy cricket tournaments to the app by the company, which violates Google Play’s policies.